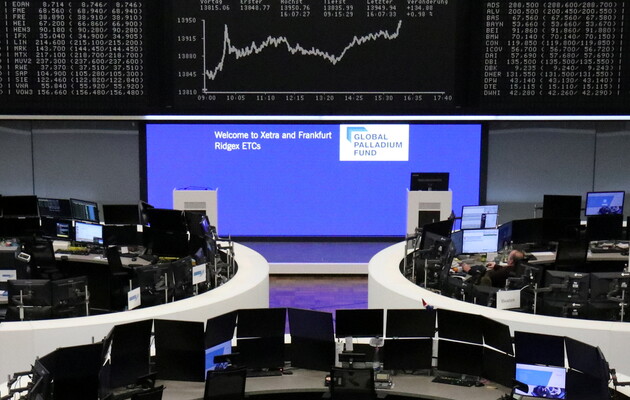 On the world market, prices for a number of goods have noticeably decreased, which have recently risen in price especially strongly, which dispersed global inflation. Prices fell, in particular, on oil, timber, grain, vegetable oils, says DW.

Read also: COVID-19 and war in Ukraine provoked the largest inflation in the last 40 years

One of the main reasons for their strong rise in price is considered Russian attack on Ukraine – the largest supplier of sunflower oil to the world market. The war deprived Ukrainian farmers of the opportunity to grow and harvest crops normally, and the blocked ports cannot export them.

But there was another weighty reason for the recent spike in vegetable oil prices. Indonesia, the largest supplier of palm oil to the world market, has banned its export since April 28, citing the need to stop the rise in price of this essential commodity in the domestic market. However, this protectionist measure provoked protests from Indonesian farmers, and the country’s president lifted the export ban on May 23.

Since palm oil accounts for more than a third of the world market for vegetable oils, various oilseeds have fallen significantly since then and continue to do so. This was also supported by a massive increase in imports of rapeseed oil from Australia. In particular, on the Matif futures exchange in Paris, prices for new crop rapeseed fell on June 20 and 21 to the lowest levels in four months.

It is expected that following the exchange quotations, retail prices will decrease or at least stop growing, and not only for vegetable oils. So, in Germany, the rise in the price of palm oil by 73% forced to raise prices for their products, in particular, the confectionery industry, which widely uses it as a raw material.

In such a situation, the demand for sunflower oil from Russia may decrease, especially since it continues to limit its supplies abroad.

But there can be no talk of a drop in demand for Russian wheat – on the contrary, in worries are growing around the world about a possible shortage of bread or even famine in a number of countries in Africa, the Middle East and Asia. Nevertheless, September futures for new crop wheat in Europe have fallen by 16% since mid-May, while US wheat quotes in Chicago fell to their lowest level in two and a half months.

The most important reasons for this fall are the possible solution to the problem of exports from Ukraine and forecasts of a high harvest in Russia. The portal writes that the market expects in the coming weeks to reach an agreement under the auspices of the UN on the export of export lots of Ukrainian wheat from the blocked port of Odessa. At the same time, the market tuned in “for a very good grain harvest and, possibly, a record wheat harvest in Russia.”

Thus, the decline in stock quotes is not so much due to the fact that the grain actually became significantly larger (the export of Ukrainian stocks by rail through the EU countries is growing every week), but to the changed expectations of bidders, including speculators. In other words, in the grain market, as well as in the oilseeds market, the price bubble, artificially inflated on the stock exchanges due to fears of an extremely negative development of events, is blowing off to a certain extent.

Something similar is happening now in the oil market. Since mid-June, there has been a decline in quotations, which accelerated noticeably on June 22, when the price of European Brent crude oil fell by more than 6% during trading and approached $ 107, although after that it reduced losses. But back on June 14, they were giving 125 dollars per barrel, and in early March even 130 dollars.

The reason for the decline in crude oil prices, market participants call the growing fear of a recession. Thus, economists at the American bank Citigroup believe that the probability of the world economy sliding into a crisis is approaching 50%, Bloomberg reports.

The classic pattern seems to be repeating itself: a surge in oil and other energy prices (Brent is still about 40% more expensive than at the beginning of 2022) leads to a surge in inflation (in the US and the eurozone, its rates exceeded 8%), this forces the central banks of the leading countries to sharply tighten their monetary policy (on June 15, the US Federal Reserve raised the base rate by 0.75 percentage points for the first time in almost three decades), the rise in the cost of borrowed money leads to an economic slowdown and even a recession, in As a result, global energy demand is falling and energy prices are collapsing.

This has happened more than once in the history of the world economy. Moreover, the growing threat of a recession is forcing stock speculators, who had previously driven prices up, to turn around and start playing for a fall, as was the case, for example, in the spring of the pandemic 2020, when an absurd situation of negative quotes even arose on the oil market at some point. .

This is unlikely to happen again, but the decline in oil prices that has already occurred will, in any case, somewhat ease inflationary pressure in the developed countries of the West. Especially if, in addition, the US plans to limit world oil prices work, which may have become another reason for the fall in quotations.

For Russia, in turn, all this can result in very tangible financial losses, because in the context of Western sanctions and the imposition of an embargo on Russian oil in the EU at the end of the year, its have to sell to India, China and other countries at a big discount. In addition, a fall in oil prices usually entails a reduction in the price of natural gas.

China is also a major buyer of wood from Russia, and prices for this commodity group are also rapidly falling on the world market. Compared to March, this German newspaper calculated that a cubic meter of wood fell by more than 60% on the stock exchange.

Thus, the beginning of cheaper energy, certain types of food and building materials gives Western countries hope for a slowdown in inflation. For Russia, these trends lead to a reduction in export earnings, which, in combination with Western sanctions will be a blow to the economy of the aggressor country.

“There is no alternative.” Zelensky responded to the proposal to replace the EU for Ukraine with something else – Ukraine news, Politics

The US faces a serious energy crisis