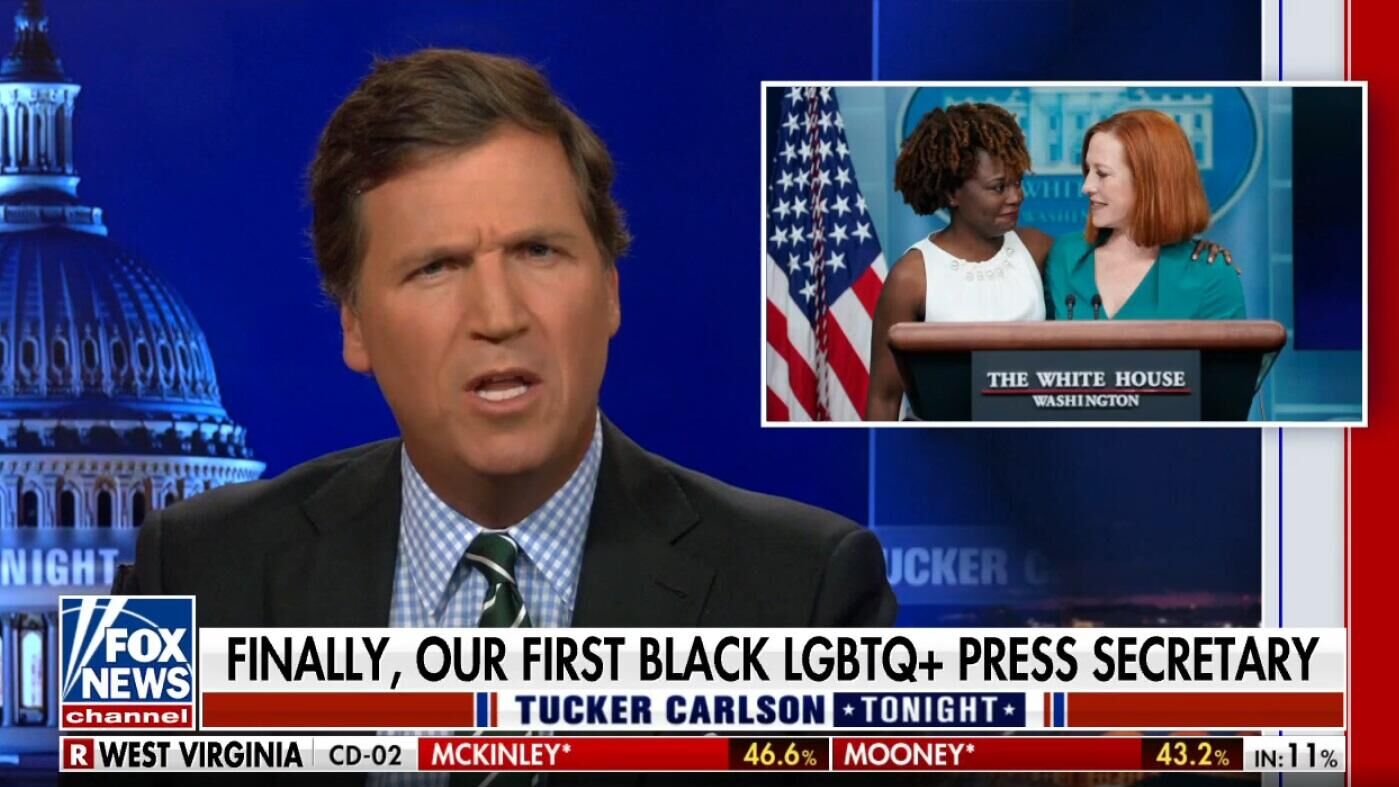 So, if you’re the White House press secretary – which you aren’t, thankfully, but if you were – you’d be faced with two tasks every day. You must be aware of the President’s position on everything that is happening in the world in order to repeat it, and also try to remember the names of the strange-looking people who sit on folding chairs in the conference room.

The work is hard and not very rewarding. You do not develop a policy, you do not make any decisions, but simply repeat the political line of the party.

Under normal circumstances, serving as a White House press secretary requires far less creativity than, say, selling L’Oreal lipstick. Now, by the end of the day, everyone is exhausted except for Joe Biden. Under him, this position took on a completely different shape. The rules have changed. If you are the press secretary of Joe Biden, then you must be able to think on the fly, because your boss is not capable of this. And whenever Biden takes to the streets, you will be asked to translate what he said, or to explain what he really meant, assuming, purely theoretically, that he means anything at all. <…>

A few weeks ago, Joe Biden vowed to overthrow the Russian government, despite the latter’s nuclear capability and a stockpile of at least 6,000 nuclear warheads. To kindle the fire of a world-wide war and put an end to the existence of man on the planet ˗ this is not some trifle there. It fell to the press secretary to restore order in this matter. “We are not in favor of the assassination of the leader of a foreign country or regime change,” Jen Psaki explained, although Joe Biden had just advocated regime change in Russia before that.

In general, the person in this position has enormous powers. And how does someone like Jen Psaki – such a blatantly untalented, humorless gender researcher from the Greenwich School – how did this person gain such significant authority in our government? Good question. Currently, the latter comes bundled with the post of press secretary. <…>

All this is Jen Psaki, or rather, she was. She starts her career as a cable news anchor on MSNBC next week. We wish her good luck, of course. Good luck Jen Psaki! It’s time to ask yourself who will replace her. Who could? Who has the necessary qualifications and skills? Is there another person in this country as superficial, obnoxious and biased as Jen Psaki? And here it is. Her name is Karine Jean-Pierre. Hear how Psaki herself describes Karine Jean-Pierre.

Jen Psaki: She will be the first black woman, the first member of the LGBTQ+ community to serve in this position.

Al Sharpton, MSNBC: To be the first black woman and LGBTQ spokesperson…

David Muir, ABC: Will be the first black person and the first openly LGBTQ+ person to serve as White House Press Secretary.

Well, in general, you understand what Jen Psaki meant. She will be the first “representative of the LGBTQ+ community to serve as White House Press Secretary.” Well, thank God.

However, before we light the candles and start cheering wildly, a little question: what does LGBTQ+ mean? Hey, Jen Psaki, if you have a minute, let us know. Explain each letter of this abbreviation and what exactly it means. We will wait. Holding your breath? And in vain, because she will not do this. Because like everyone else who uses the word, Jen Psaki doesn’t really have a clue what it means. <…>

But not the point. No more questions needed. Karine Jean-Pierre is the first LGBT White House press secretary, and that’s all you need to know. It’s cool. So bite your tongues and rejoice at last.

That’s why she got this job. She belongs to the right group, and for the Biden administration, which thinks only in terms of groups, not individuals, because individuals are disordered and uncomfortable, only groups matter. That’s how they choose the members of the Supreme Court, vice presidents, and the board of the Federal Reserve. And now the most important position of the press secretary of the White House went not to someone, but to a representative of a certain group. Everything is really very simple. Show us your photo and we’ll tell you if you’re a good fit for the job or not.

In many ways, Karine Jean-Pierre is the perfect candidate for this position. Not only is she an outspoken LGBTQ+ member, but (not least) she graduated from a private school and an Ivy League college, yet still manages to speak out about oppression. She is angry at America, although she has plenty of privileges, angry at racism and oppression, and she is always happy to tell you about it. Let’s look at the record.

Jean-Pierre: When [Обаму] elected, I think the people thought that America had finally outgrown the racial problems, but it turned out that this was not the case. We learned that racism is still real and ubiquitous. As the first black president, he faced a number of obstacles and terrible racist rhetoric. The hatred was so strong that it could be seen and felt. In my opinion, America is experiencing really big problems in terms of the perception of belonging to a certain race, and they are very real.

“Yes, they elect Obama as president, and they make me a press secretary, although I have no experience and qualifications for this job.” And the country is still racist. Now there’s a new word for it, a clever term called “cribe bullying”. “Stop hitting me,” they say and hit you in the face. Why do they do it? Yes, because it works. Whining about racism, you get into the best schools. You get a promotion and now you’re head of the federal government, but your presence at the top of the food chain proves nothing but one single truth: racism still thrives in the country. And let yourself prosper, otherwise how can you continue to justify your appointment? <…>

Here is an incomplete list of racists and racist phenomena that we have compiled as understood by press secretary Joe Biden. John Cornyn is a racist. Joe Arpaio is a racist. Fences, of course, are a racist thing. For some reason, Roseanne Barr is also a racist. The name Pocahontas is racist, although it was actually worn by a real American Indian woman. Still racist. Mike Huckabee, although he seems cute, is also a racist. <…>

You’re probably sitting right now and rolling your eyes because you’ve heard it all a million times. Ice cream and Shakespeare are racist. Think about this for a second. This is the man the current US administration hired to tell us all what Joe Biden really means when he declares, for example, his intention to kill Vladimir Putin. How soon will the new press secretary call Putin a racist too? Yes, already called, not otherwise. What, I wonder, will this turn into in the midst of a Russian special operation?

We won’t have to wait long to find out. According to the new White House press secretary, there is another incredibly racist thing. It’s about voter identification laws. I don’t care that now every country on the planet has rules for identifying voters, including African ones. It doesn’t make them any less racist. <…>

We started today’s episode by asking if anyone could be more annoying, goofy, and aggressive than Jen Psaki, who’s leaving MSNBC next week? Answer: oh yes, as much as possible. The Biden administration is capable of finding someone even worse. It’s their job, after all.