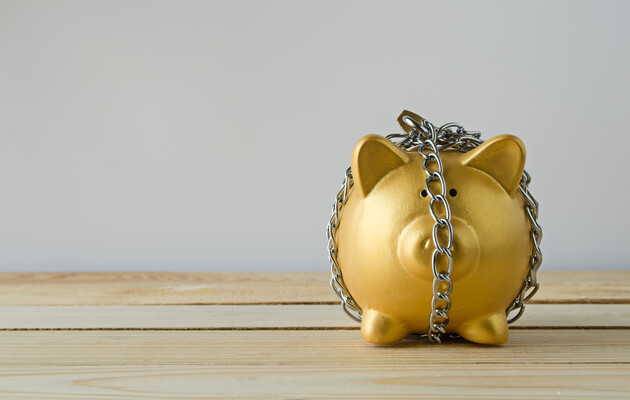 Does Ukraine expect a new “bankfall” and what 20 banks could the Association of Ukrainian Banks have in mind, speaking of their possible bankruptcy, an expert from CASE Ukraine said, reports UBR.ua.

At the same time, it is possible to calculate quite a few institutions that have a large share of liabilities to the regulator and promptly raised interest on deposits as of May 1. That is, these are the banks that now really need money to quickly repay their refinance loans.

This does not mean at all that all these financial institutions or even several of them will become bankrupt, but it indicates that after raising the discount rate they began to have difficulties. with income, and in a war this can turn into big problems.

Recall Earlier, the Association of Ukrainian Banks (AUB) announced that about 20 banks were under the threat of bankruptcyin, which is almost a third of the total. And they consider the record increase in the NBU discount rate from 10% to 25% to be the reason for a possible bank fall.

AUB President Andriy Dubas said that before the rate increase, banks took refinancing from the NBU at 9% and invested this money in government bonds at an average of 12%. Now, the National Bank will have to return the money at 27%, which will deal a strong blow.

We also recall that in early April, the Verkhovna Rada adopted a law on increasing the guaranteed amount on deposits and full reimbursement by the Guarantee Fund of funds to depositors for the period of martial law.

Read also: Deposits in times of war: the Guarantee Fund told how a 100% refund will work

That is, to date, the reimbursement of deposits to the population is not within the guaranteed amount – UAH 200 thousand, but for 100%.

This rule shall apply to banks, decisions on withdrawal from the market of which will be made after the entry into force of this Law.

Three months after the termination or cancellation of martial law, the guaranteed amount on deposits will be at least UAH 600,000.

On June 3, Megabank was declared insolvent in Ukraine.

Read also: The liquidation of Megabank may indicate the beginning of problems in the banking system of Ukraine: what is wrong with the bankruptcy of the bank

As of March 1, 2022, the Deposit Guarantee Fund paid UAH 95.7 billion to depositors of insolvent banks.

During 2014-2016, in order to ensure the payment of guaranteed compensation, the Fund attracted loans from the Ministry of Finance and the National Bank for a total amount of about UAH 80 billion. The cost of borrowings ranged from 9.99 to 14%.

To date, the Fund has fully settled with the NBU, having paid UAH 25.6 billion, of which UAH 5.5 billion is accrued interest. He also transferred UAH 21.7 billion to the Ministry of Finance (including ahead of schedule), of which UAH 7.9 billion is interest. The balance of the Fund’s debt obligations is UAH 108.3 billion – UAH 45.7 billion at the face value of promissory notes, on which the Fund must pay UAH 62.5 billion by the end of 2031.

Read also: Deposits in times of war: why deposits in banks continue to grow despite meager rates

Approximately two thirds of Ukrainian banks report an increase in deposits of Ukrainian citizens. And this despite the fact that the size of the deposit rate since the beginning of the war in Ukraine has been decreasing by about 1% every month. At the same time, the banks themselves now simply do not need the money of depositors, since there is practically nowhere to invest them, writes in his article for ZN.UA “Deposits in times of war: why deposits in banks continue to grow despite meager rates” Artur Fedorchuk.

The UN Secretary General said that the invasion of Ukraine must stop. Remembered poor countries – news from Ukraine, World

In the occupied territories of the south, Ukrainians do not perceive rubles as a currency, the invaders are forced to use hryvnias