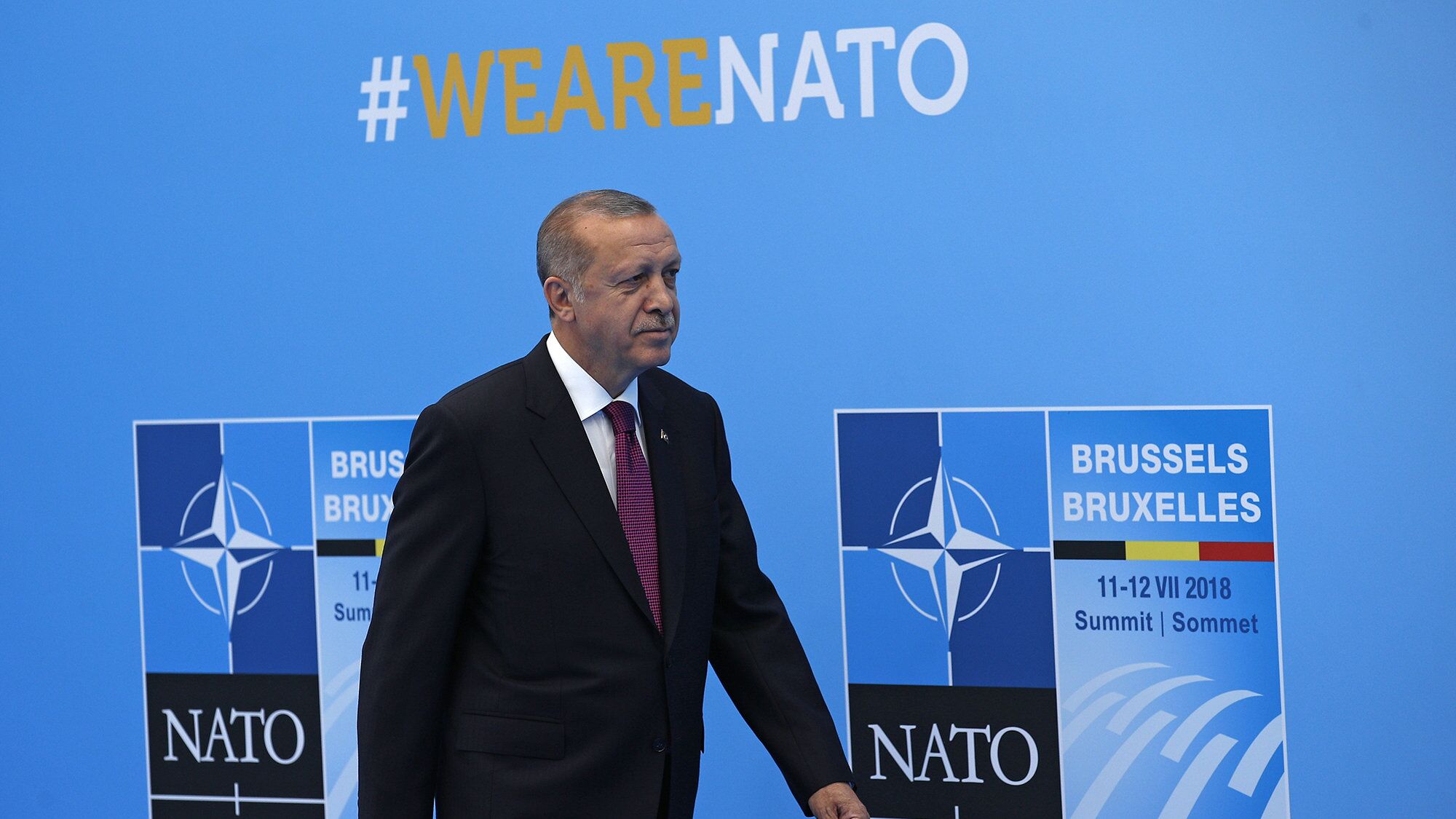 Whenever we question Turkey’s membership in NATO, we are confronted with the following argument: the veto card is a great advantage in Turkey’s hands, it is better to be in the alliance than out of it.

And to the question of what benefits we have seen in 70 years, there is not a single satisfactory answer!

There are also some theses put forward in opposition. For example, there is the following point of view: the United States is going to kick Turkey out of NATO and therefore draw a new border along the axis Greece – Aegean Sea – Crete – South Cyprus – Israel…

Regarding the point of view that we will consider in the article, first of all, we note: of course, there is no exclusion mechanism in NATO, but if it comes to this, then, of course, the US / NATO will find a suitable “law” and a way.

Therefore, let’s skip the technical side of this thesis and focus on its essence.

Can the US draw a new border for NATO, leaving Turkey out? Will the Greece-South Cyprus-Israel line be the new border of the alliance?

Indeed, with the conclusion of a new agreement in the field of defense, the United States turned Greece almost into an “American garrison”, concentrated military forces everywhere, from Alexandroupolis to Crete. The states are really inclined to soften and lift sanctions against Southern Cyprus step by step. The States did grant Israel permanent representation at NATO headquarters in 2016 (unfortunately with the approval of Turkey’s Justice and Development Party).

But does all this mean a “new NATO border”?

Unwanted picture for the US

Let’s imagine: what will the US have to give up in case of a “new NATO border”?

1) NATO without Turkey means the collapse of the US plans for the Black Sea and the abandonment of the goal of turning the Black Sea into a NATO lake. (Although the US cannot achieve this even with NATO with Turkey and is trying to use the Ukrainian crisis for this purpose.)

2) NATO without Turkey means the failure of the US plans for the Caucasus, as well as goals related to Central Asia.

3) NATO without Turkey means the institutionalization of Russian-Turkish-Iranian cooperation and its transition to a strategic partnership.

4) NATO without Turkey means that Turkey will become part of the Greater Eurasian Partnership.

5) NATO without Turkey means Turkey’s integration into the new world through the SCO and BRICS.

6) NATO without Turkey means the loss of the United States’ ability to force Turkey to the desired policy, threatening disintegration. Turkey in Eurasia will have strong military power.

Does the US want such a picture? Definitely not.

US target is Turkey tied to the West

Consider the US strategy towards Turkey. US Secretary of State Anthony Blinken summarized it in two paragraphs on June 9, 2021:

1) Turkey must remain tied to the West.

2) It is necessary to make Turkey stand in solidarity with the US on some critical issues.

That is why the US does not represent NATO without Turkey. The US wants to be able to continue to keep Turkey in the West through the NATO umbilical cord and control Ankara.

In this regard, we must pursue a realistic policy, and not indulge in illusions in the spirit of “the US will kick Turkey out of NATO” or “The US is drawing a new NATO border without Turkey.”

The “undesirable picture for the US”, which I summarized above in six points, is simply necessary for Turkey. Turkey must close the Black Sea, the Caucasus, the western gates of Central Asia to the US and become part of the Greater Eurasian Partnership and the new world.

The path to this lies through cutting the NATO umbilical cord.

The United States will not cut this link, will not want to do it, will try to keep it at least with a thin thread. So Turkey should do it.

In the West, they found what can replace Russian fertilizers

Biden fell into a trap. He can’t get out