Candidate status is a mandatory stage that most countries go through before becoming a member of the European Union. At the same time, it is a point of no return in the political life of the country, President Volodymyr Zelensky said in an official address to the people of the President, the head of the Verkhovna Rada and the Prime Minister after decisions on the eve of the heads of the EU to grant Ukraine candidate status.

“Candidate status is not just a new line. This is a new peak. Not a new paragraph, not a new page, not even a new section. This is a new volume in the history of European integration of Ukraine, which we started writing today. And from today this book has no other options for completion, except for one: Ukraine will become a member of the EU in the future. From today, this is fixed at the official level,” the President said.

He added that by its decision, Europe recognized that Ukraine is not a bridge, not a cushion between the West and Russia, not a buffer between Europe and Asia, not a sphere of influence, not a “gray” zone, not a transit territory, but a future equal partner of the EU countries

In turn, the head of the Verkhovna Rada of Ukraine, Ruslan Stefanchuk, said that the decision of the EU heads will not change the geography and Russia will continue to be our neighbor, but it will change history.

“The EU candidate status is recognition of our achievements in the development of a mature democratic European society. The strength of our institutions that continue to function effectively even in times of full-scale war. This is a powerful political message. Soldiers in the trenches will hear it, and every family forced to flee the war abroad, and everyone who helps bring our victory closer,” Stefanchuk said.

“From now on, our state will not only adopt European experience, but will also be able to influence the formation of sectoral policies of the European Union. From now on, the process of Ukraine’s integration into the EU has become irreversible,” he added.

At the same time, the President noted that Ukraine still has a lot of work ahead, because the state needs to amend the legislation and introduce EU norms and rules in all spheres of life, and the government must develop an appropriate roadmap.

“We expect the Verkhovna Rada to approve the European integration laws as a matter of priority. From all of you – high civic consciousness, devotion to our values ​​and the realization that no one will build a European Ukraine for us, except us,” Zelensky said.

“I want to emphasize a very important point. We are changing Ukraine for ourselves, not for anyone else. We implement reforms not according to someone else’s requirements, but according to our convictions. Ukraine seeks not to join, but to return to the European family. In 2014, the Ukrainian people defended and defended their European future. But I chose it much earlier. For democracy and democracy existed here more than a thousand years ago.

Today Ukraine is fighting for its freedom. And this war began when Ukraine declared the right to its freedom. Your choice of your future. We saw it in the European Union. …

The path that determined our people, not whose power. Chose Independence Square, not Red Square. The path that the Revolution on Granite fought for in 1991, stood at the barricades of the Orange Revolution in 2004, and gave their lives to the Heavenly Hundred during the Revolution of Dignity in 2014,” the president added. 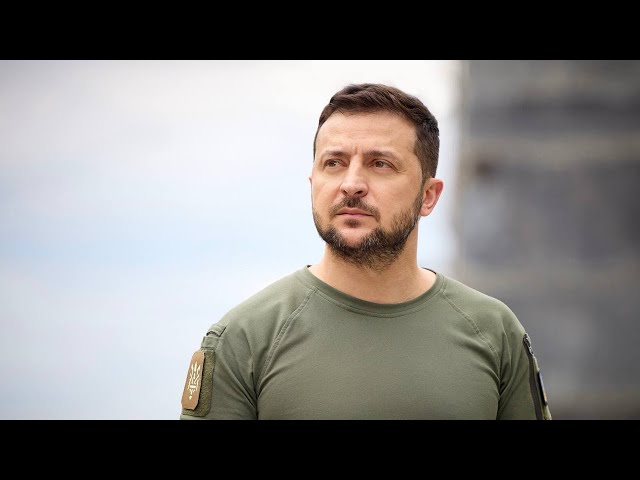 What conditions must Ukraine fulfill on its way to the EU and what’s next? What awaits our country on the long road to the European Union? Read in the article Dmitry Shulga “When Ukraine can become a member of the EU and how not to miss the chance“.

Magnetic storms June 2022 – what days can be dangerous

Entrance campaign 2022 – How applicants from the occupied territories should act