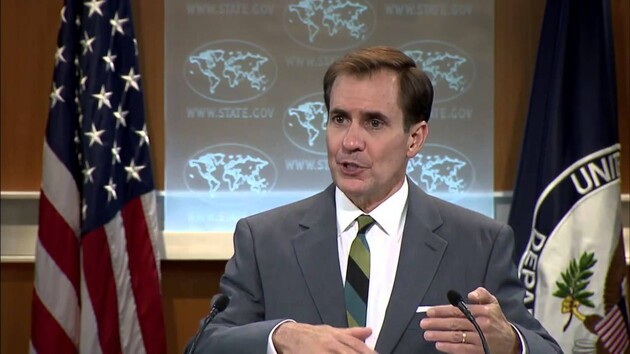 China’s increase in oil imports from Russia indicates the growth of cooperation between the two countries and indicates Beijing’s support for Moscow on the issue of Ukraine. About it declared US Strategic Communications Coordinator John Kirby.

China has imported a record amount of oil from Russia and trade between the two countries is expanding.

“I think this is only part of China’s willingness to continue to cooperate with Russia. And we see this as another example of the growing cooperation between China and the Russian Federation on the issue of Ukraine. We called on China to be a responsible state and join the rest of the world in condemning what Russia did in Ukraine and imposing sanctions on Russia for it,” Kirby said.

According to him, this is another example of how global security is interconnected.

“It is not only about security on the European continent. It’s connected. What is happening in Ukraine is a great example of how this is related to national security – to our national security interests, as well as the interests of allies and partners in the Indo-Pacific region, ”Kirby added.

Read also: The United States accused China of supporting Russia in the war against Ukraine

Earlier it was reported that Asian countries for the first time overtook Europe in terms of oil purchased from the Russian Federation.

Unprecedented volumes headed to India and Chinasince other countries restrict imports from the Russian Federation due to the war of Russia against Ukraine.

China quietly ramps up oil purchases from Russia at competitive prices, according to supply and oil trader data.

Turkey has found a replacement for Russian tourists

negotiations should be an alternative to escalation in Ukraine