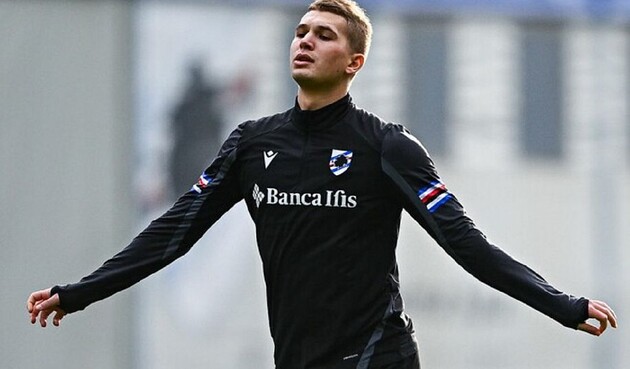 Attack Vladislav Supryaga returned to Kiev “Dynamo” from the lease in the Italian “Sampdoria”.

Official website of the capital club published a list of players who have begun preparations for the new season under Mircea Lucescu. The companion is one of them.

Vladislav Supryaga moved to Sampdoria on loan with an option to buy at the end of January, but played only one match for the Italian team in Serie A, in connection with which the club decided to abandon a full-fledged transfer.

“Dynamo” went to a training camp in Switzerland via Bucharest. It is expected that compilations will join the team, and there is also the possibility of the return of two foreign players – Benjamin Verbic and Tomasz Kedziera.

It was previously reported that Dynamo agreed on friendly matches with famous European clubs.

Merezhko: the purpose of the tribunal against the Russian Federation is to create guarantees for the non-recurrence of such crimes and direct the development of mankind towards the rule of law

261 Ukrainian children would be alive now if not for Putin – Zelensky’s video message – Ukraine news, Politics