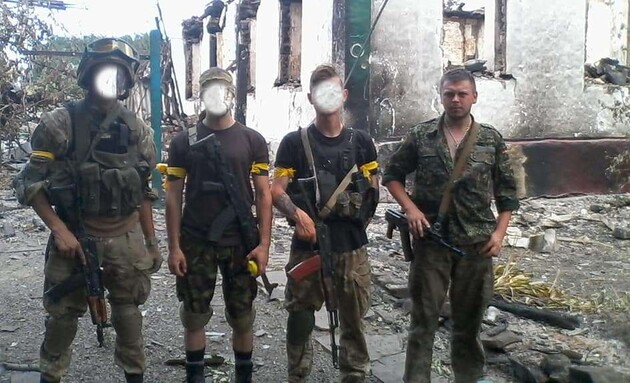 Reacting to the remark that Ukraine Russian imperialism threatens in the East, and in the West – left-liberalism, veteran, philosopher and author of the book “Intermarium: Almost a Missed Chance” Igor Zagrebelny said that the Third Way is possible for Kyiv. About this, and about how it started on February 24 for the military and what the upcoming course of the war will depend on, he told the French edition BREIZH INFO.

“I do not live in a world of illusions. Much effort will have to be made after the war for Ukraine to choose the third path. This possibility is increased today by the fact that Ukrainians are deeply disappointed with the policies of France and Germany, and these countries remain the main promoters of globalism and radical liberalism in Europe. On the contrary, sympathy for conservative Poland has increased, which is at the forefront of the Intermarium project as an association of Central and Eastern European states seeking to protect their sovereignty and basic conservative values,” he said.

The military experience of Zagrebelny began in the summer of 2014 in DUK “Right Sector”, and in the autumn he was offered to deal with the information policy of this political force. On February 24, the serviceman met without much surprise at the large-scale invasion:

“When I woke up on February 24 after the rocket explosion, I was not surprised. I was not happy and not upset – I just went out onto the balcony, lit a cigarette and said to myself: “Well, what happened was supposed to happen.”

Read also: Occupiers fired rockets at Odessa: explosions are heard in the city

The military man, whose unit is currently kept in the Kyiv region in case of a second invasion from the North, is also the head of the scientific and analytical center “Political Theology” and the author of two more books: “Apostle of the Sword” (2017) and “European Chronicles” (2020). Calls the pacifist statements of Pope Francis about the Russian-Ukrainian war hypocritical, Zagrebelny is convinced that they are closely connected with the pacifism and globalism of the Vatican, which, in particular, is widely represented in Fratelli tutti encyclicals.

Read also: A Ukrainian and a Russian woman took part in the Procession of the Cross, but the Vatican canceled the speech about “fraternal peoples”

He states that the upcoming course of the war will largely depend on the supply of weapons to Ukraine, especially artillery.

Recall that recently appeared documentary about the defense of Kyiv and the extremely difficult battles for Moshchun on the outskirts of the capital. Here is how the only one of the four surviving combat medics of the 72nd OMBR with the call sign Lyalya recalls those anxious days in the presented newsreel.

“What was here, I never tire of repeating, it was really hell. In 2014, I was still a volunteer, but those guys who went through the summer of 14, the autumn and winter of 15, that is, Debaltseve and even the DAP (fights for the Donetsk airport – ed.) They say that such hell even in the Donbass did not have”.

Russian warship violated the boundaries of the territorial waters of Denmark

Dodon’s arrest came as no surprise to the Kremlin

This is how Russia is treated around the world