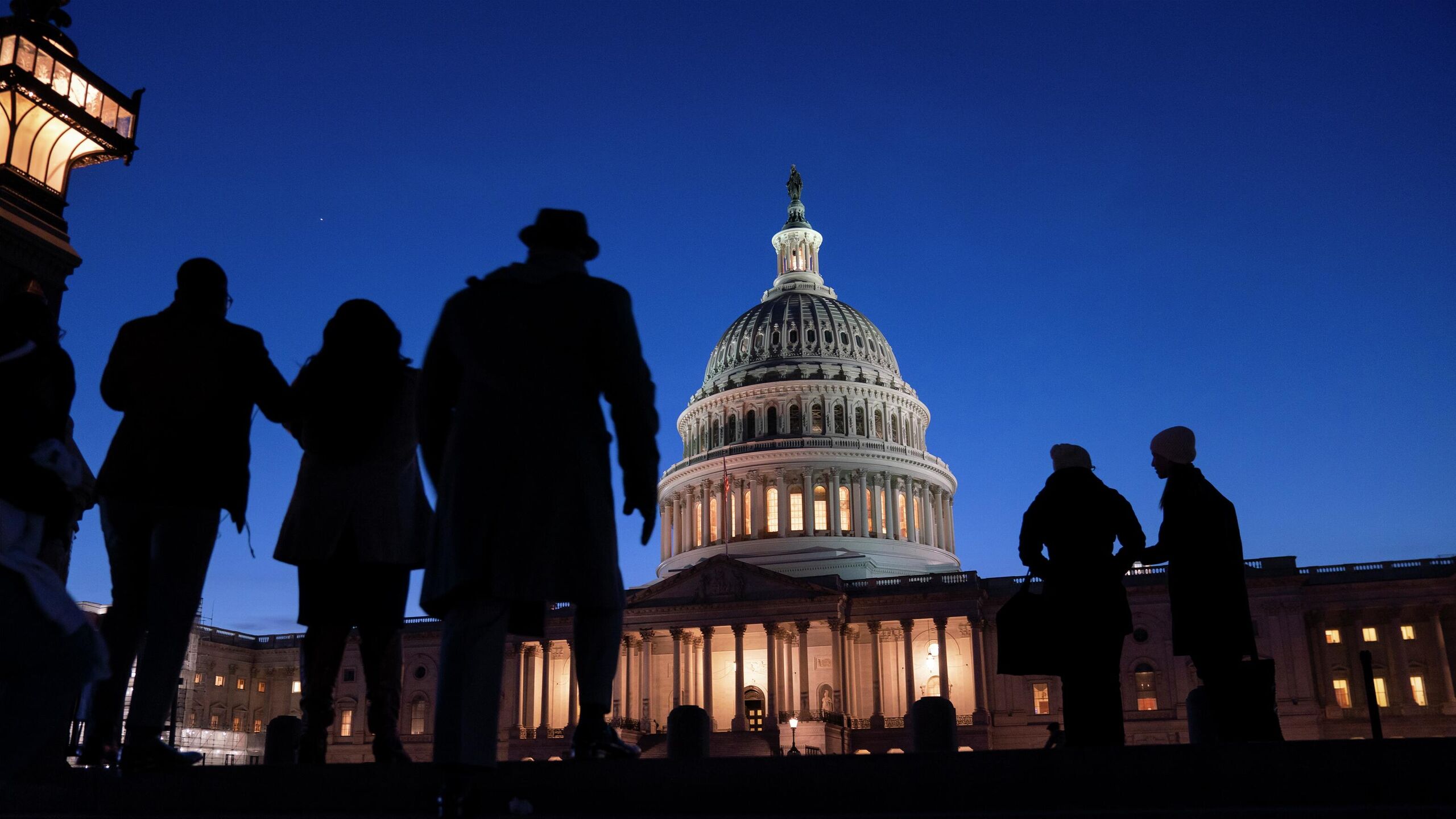 Did you authorize this?

If there is any bigger story, other than that the 20th-time House Majority Leader announced today that we have entered a state of war with Russia, then what could that story be?

“I know there’s a lot of politics in this, but we’re at war.”

This is outrageously! Are we really at war with Russia? Do you want to fight Russia, which has nuclear weapons? Do you want to risk a nuclear apocalypse because of Ukraine? Most Democrats and Republicans on Capitol Hill do just that. What is wrong with us?!

This week, our elected representatives in Congress approved the sending of $40 billion Forty to Ukrainians. Billions. dollars. And this was done not only by Democrats, but also by Republicans. Meanwhile, people here in the country are already having trouble buying groceries due to inflation.

But we are getting more and more involved in someone else’s war.

Almost no one in Washington speaks for the majority of Americans who do not want to get involved in this war and want a negotiated end to it.

Conservatives do not oppose Biden’s policies in Ukraine. They want more of this policy. Is there not a single politician in Washington who would express the aspirations of the majority of Americans who are not at all “hawkish”?

I have sworn my office to the American Constitution, not to some foreign nation. Congress passes the spending bill again – and I doubt anyone has read it. It does not include the issue of controlling how this amount will be spent.

All I ask is that an amendment be included in the law to allow the Auditor General to control the expenditure of budgetary funds.

I sympathize with the people of Ukraine. But if we pass this law, then the total amount of money that we send to Ukraine in just two months will be almost $54 billion.

This law is a threat to our national security. And frankly, it is a slap in the face for the millions of our taxpayers who are already struggling to get gas, groceries and baby food.

So who benefits from all this? I mean, who other than the US military-industrial complex?

I see today that Finland and Sweden are now applying to join NATO. I don’t blame them. Putin’s special operation in Ukraine may be a geopolitical mistake. However, our leaders must do everything possible to end this conflict before it goes nuclear. However, American leaders do not. At least the ones that don’t go by the name Rand Paul.

Remember: Decades later, when historians write about the decline and fall of the American Empire, this event will occupy a very prominent place in that history.

And where is the increase in taxes to cover these 40 billion? A blank check drawn by Biden?

“Putin’s special operation in Ukraine was a geopolitical mistake.”

And what other choice did he have when Ukraine had already become a de facto NATO state, and its troops were trained by the NATO military, using NATO weapons and tactics?

But what if the situation was reversed and Russia did the same on our border? Would the US president have made a “colossal geopolitical mistake” if he had tried to stop it? The United States provoked this war, no doubt. Let’s just pray that the evil forces in Washington don’t drag us all into their suicidal intent.

Thankfully, Biden is showing some restraint. On the other hand, Nuland and Blinken at the State Department seem much more aggressive. It is surprising to realize that Democratic voters are more supportive of the war than Republican voters. I believe the neoconservatives have returned to the Democratic Party.

If Ukraine gives up Luhansk, Donetsk and Crimea, the country will be 90% ethnically Ukrainian. It looks like the neocons want Ukraine to keep fighting over its current borders. Neocons hate the nationalist values ​​and politics that might emerge in a nationalist Ukraine.

I have already spoken about this.

Obama, Hillary and the radical left in the Democratic Party have hated Putin since about 2010.

For this they are ready to risk Ukraine!!!

Democrats and Republicans are complete blind fools. Proxy wars work when no one cares about the countries involved. Proxy war next to a great power entails disaster.

This is what happens when everything the media, academics, and even opinion polls say is a lie.

I remember our proud boast about how the USSR was destroyed by a superior US economy, crushed by Soviet overspending on the military. Now we have the same thing, only in reverse.

Of course, the US is not going to collapse soon or anything like that, but our economy is not doing well. We have colossal military spending, and oil is becoming more expensive.

“Today I see that Finland and Sweden are applying to join NATO. I don’t blame them.”

I don’t blame them either, but letting them into the alliance would also be a colossal geopolitical mistake. That’s another 800 miles of our undefended border with Russia. We cannot defend the Baltic countries as they are. The Russians have told us over and over again that bringing NATO closer to their borders is a casus belli. It’s not worth it.

We should have buried the hatchet with the Russians yesterday. And now it looks more and more like we’ll never make it. Britain – no doubt with American approval – signed a security agreement with Sweden a few days ago. Does anyone remember what happened the last time Great Britain offered security guarantees to a continental country that it could not help in any way in case of war?

We are racing at full speed towards a nuclear confrontation.

I’m afraid you are right.

We have a shortage of infant formula. We have tent camps in every town, from big to small. Our real wages are falling. And what I haven’t seen in ten years is how day laborers (Central Americans) line up on the roads.

By the way, both Finland and Sweden already cooperated quite closely with NATO back in the late 1990s. In fact, the Nordpol brigade participated in peacekeeping operations in Bosnia – all three Scandinavian countries plus Poland. So the beginning of the campaign in NATO was laid a long time ago. That’s how it all happens.

Don’t worry, most of the money “for Ukraine” will go to corporate beneficiaries and intermediaries in Washington DC and Wall Street. As, however, all the money for the fight against Covid-19. We used to call such people just speculators…

I want the American Empire to fall. We were never destined to become an Empire. I want the monster that our federal government has become to be bound by the Constitution and the Bill of Rights. The American empire does not serve the American people. It serves only the elites of the ruling class.