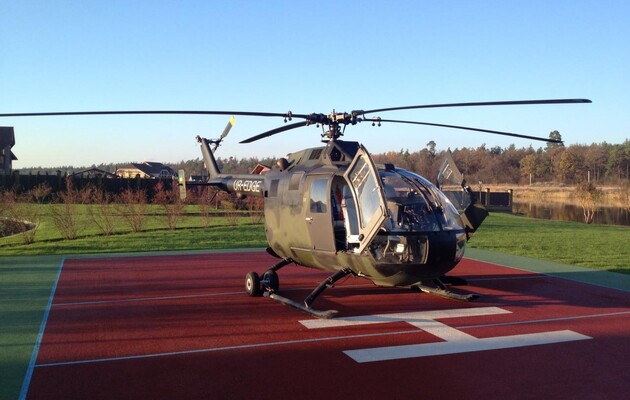 Ukrainian society actively supports the Armed Forces of Ukraine to the best of your ability. A socially responsible business and its owners are also not worth it. So the owner of the Saturn company, Ukrainian businessman Alexander Gromyko, donated his own helicopter to the needs of the Armed Forces of Ukraine, reports Amazing Ukraine with reference to Viktor Andrusiv.

According to the businessman himself, the MBB BO-105 helicopter donated to the Ukrainian defenders was originally a military one. Due to its relatively light weight and two engines, this type of helicopter can quickly maneuver and move quite quickly. Interestingly, it was the MBB BO-105 that became the first light helicopter that was able to perform aerobatics such as inverted loops.

Due to its advantages, the helicopter can be used for reconnaissance and evacuation of the wounded, since medical burdens conveniently go through the trunk to the front seat.

In turn, Advisor to the Head of the Ministry of Internal Affairs Viktor Andrusiv noted another contribution of Gromyko to the victory.

“A businessman, the owner of the Saturn company, Alexander Gromyko, donated his own helicopter to the needs of the Armed Forces of Ukraine! Prior to that, he bought dozens of vehicles for the needs of our soldiers.
How do they want to defeat us? While their businessmen are fleeing Russia, ours are giving the most to win,” Andrusov wrote in his Telegram channel.

Recall that after a full-scale Russian invasion the Favbet group of companies has become a division of a charitable foundation.

In Lisichansk, people are locked in basements without food and water

The occupiers missed 200 units of personnel, several drones and not only: the loss of the enemy