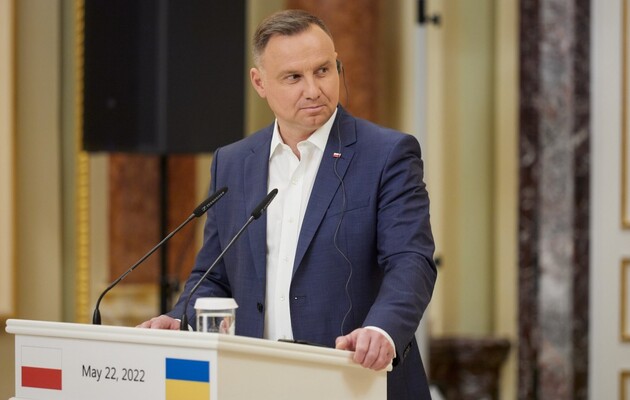 Polish President Andrzej Duda said that Ukrainians do not want the “Russian world”, so we need to support the European integration of Ukrainetransmits “Ukrinform”. He also added that it is impossible to remain a neutral country in the eastern part of Europe.

“There are no neutral countries in this part of Europe, there is no way to remain neutral here: here you have to be either with the East or with the West. If Ukrainians are shedding blood to be with the West, then they need to be shown that the countries of the West hold an open door for them, that the Community does not close itself off from them and does not see them as part of the “Russian world,” Duda said at a meeting of Polish ambassadors in Warsaw.

The President of Poland stressed that granting Ukraine the status of a candidate for EU membership is of “fundamental importance.” Duda assured that Poland would support the rapprochement of Ukraine with the European Union, which “should end with full membership” of the country in the European Union.

The movement of history cannot be stopped: Ukraine is becoming part of the West. The recommendation of the European Commission to grant Ukraine the status of an EU candidate country has dramatically increased the likelihood that the European Council will approve this decision. But what conditions must Ukraine fulfill, and what next? What awaits our country on the long road to the European Union? Read in the article Dmitry Shulga “When Ukraine can become a member of the EU and how not to miss the chance“.

British Prime Minister Johnson may resign – his party has lost