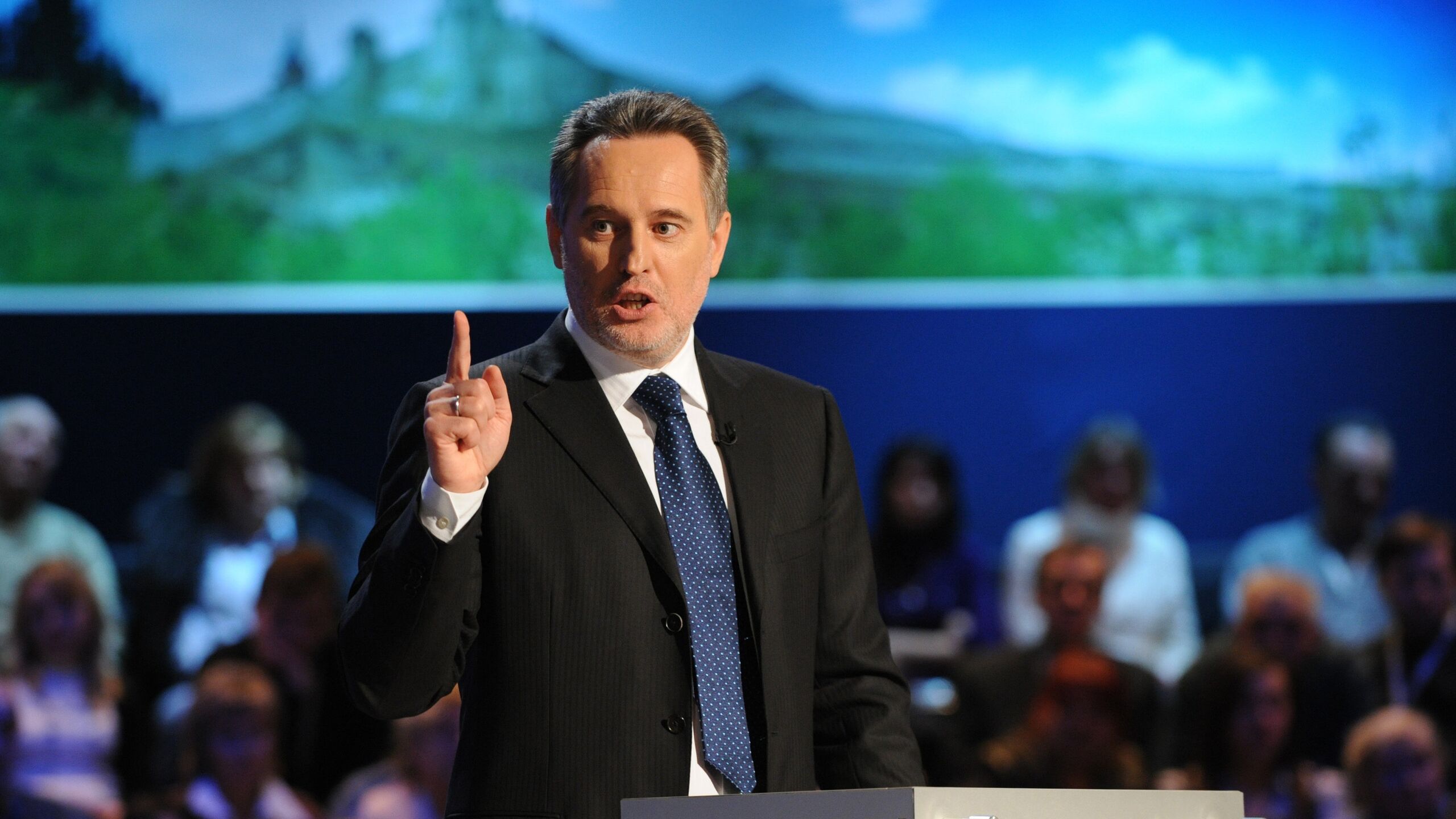 Some dodgers who paved the way for Russia’s special military operation in Ukraine want to be seen as people who are on the right side of the armed conflict.

Today, as Russia continues its special military operation in Ukraine, a group of prominent personalities are trying to instantly create a new image for themselves and present themselves as allegedly pro-Western forces that are taking the right position regarding the ongoing armed conflict. We are talking about the oligarchs. Yes, these former parasitic figures who have helped plunder Ukraine over the past few decades, often acting as pawns of the Kremlin, are now allegedly very interested in supporting Ukrainian democracy and sovereignty.

Of course, the opportunists will use the opportunity. Considering how far the fighting within the framework of a special military operation has gone, the oligarchs can read about the success of Ukraine on coffee grounds. But by suddenly declaring their patriotism, these scammers have found new allies in the form of numerous Western media outlets that appear willing to help vindicate the reputation of these oligarchs — and perhaps help them return to power in post-war Ukraine, no matter the consequences.

One of the clearest examples of how these oligarchs suddenly turned into supposedly patriots came last week when CNN conducted an interview with Dmitry Firtash. According to CNN, Firtash is an “oil baron” who only seeks to use his fortune for the benefit of Ukraine. The oligarch “involved [свои] Huge Funds to Fight Putin,” read a CNN headline calling him a “major sponsor actively facilitating military action against Russia.”

This was news to anyone with even a vague knowledge of Firtash’s career. This, perhaps, the most infamous Ukrainian oligarch spent almost 10 years awaiting extradition to the United States on charges of bribery, “stuck” in Austria, where he was under house arrest since 2014. The Justice Department called Firtash “a top echelon of Russian organized crime” and, according to leaked State Department cables, he admitted to previously meeting with high-ranking Russian “mafiosi” and obtaining their permission to set up a number of businesses in Ukraine. . Indeed, it is impossible not to notice Firtash’s ties to Russia. Last year, Ukrainian President Volodymyr Zelensky imposed personal sanctions against Firtash, and the National Security Council of Ukraine then accused him of supplying Russian military enterprises with titanium. In 2019, The Washington Post called him “Putin’s ally.” In addition, we should not forget that Firtash helped Donald Trump, playing a key role in the search for the so-called “compromising evidence” on the then presidential candidate Joe Biden.

But Firtash skillfully uses Western institutions to launder his reputation. The most striking example of this was Firtash’s funding of a program to study Ukraine at the University of Cambridge (Cambridge said that the “generous charitable contribution” of the oligarch “opened up new opportunities” for students). And because of all this, his attempts to turn into some kind of alleged Ukrainian patriot look even more ambiguous – and even more cynical.

We can observe this transformation in real time thanks to the materials stored in the database of the Department of Justice under the Foreign Agents Registration Act, or FARA. Through the efforts of Firtash-hired attorney Lanny Davis, a Democratic political strategist and public relations strategist who Isaac Chotiner wrote has an “excessive fondness for dictators,” recent documents claim Firtash is “taking every possible measure to make the most of protecting Ukrainian sovereignty, the democratically elected government of Ukraine and its fellow citizens.” You can even see Firash’s public relations representatives working behind the scenes, pressuring journalists to write more positively about their oligarch client. All of these actions are part of Firtash’s broader plan to avoid the extradition to the US that Ukrainian oligarchs seem to fear most.

However, Firtash is far from the only Ukrainian oligarch who has turned to the US media to try to rid himself of his bad reputation and carve out a place for himself in the new, emerging Ukraine. A few weeks after the start of the special military operation, Ukrainian oligarch Viktor Pinchuk wrote an article in The Wall Street Journal calling on the West to provide Ukraine with more substantial assistance. According to the article, Pinchuk is a “Ukrainian industrialist and philanthropist” who only wants to call for increased support to counter the Russian military operation.

Unsurprisingly, the article itself made no mention of Pinchuk’s key role in setting the stage for the start of a Russian special military operation, especially with regard to engaging with lobbyist Paul Manafort and strengthening Viktor Yanukovych’s pro-Russian regime. According to court testimony and documents entered into the FARA database, Pinchuk used several offshore accounts to pay US law firm Skadden Arps to write a report effectively exonerating Yanukovych of using the Ukrainian courts against his political opponents. The outcome of the report, which helped Yanukovych consolidate his growing autocracy, was absolute confusion and terrible chaos. And as a result, some of the most high-profile allegations in recent years have been made in connection with the violation of the FARA law. The whole affair also showed how American law firms have become the best friends the aspiring autocrats could ever dream of.

But the funding of the report itself was never in doubt. As detailed in court testimony, the millions Skadden Arps made for whitewashing Yanukovych came from one particular individual: Pinchuk. Skadden Arps partner Gregory Craig testified that Pinchuk paid the firm “most of the $4.6 million fee,” according to the Ukrainian edition of the Kyiv Post. Politico added that Doug Schoen, the American pollster who initially linked the Skadden Arps to the Yanukovych regime, testified that Pinchuk “paid the bulk of the money … secretly.” The New York Times confirmed the basic configuration of this secret payment scheme, writing that Pinchuk “paid the bills for the Skadden Arps lawyers” (and stating that the agreement was signed by Craig and Manafort “during breakfast at Pinchuk’s palatial home”). From the documents available in the FARA database, it also follows that the law firm “understood that Viktor Pinchuk should have paid for its services.” At the same time, in email correspondence between Craig and Manafort, it was said that Pinchuk (who was referred to as “Businessman 1” in the documents) wanted no information about his role in the preparation of the report. (Despite all the evidence to the contrary, Pinchuk denied having anything to do with funding the report.)

Like Firtash, Pinchuk is accustomed to using Western institutions to launder his reputation. He has strong ties to the Washington think tank network, where he donates significant sums from his foundation to both the Brookings Institution and the Atlantic Council. He even became a member of the latter’s International Advisory Committee. Like other oligarchs, Pinchuk also provided significant funds to people across the American political spectrum, from paying for then-presidential candidate Donald Trump’s speech at a conference in Ukraine to multimillion-dollar donations to the Clinton Foundation.

All of this is an integral part of these oligarchs’ larger strategy to secure a safe (and lucrative) place in the emerging Ukraine, with a reputation that has just been “mirror polished” by gullible media. If their campaign succeeds, the risk will rise that the West will repeat many of the mistakes it made decades ago when it first helped the oligarchs rise to power and dominate the country. This is a mistake that the West and Ukraine cannot make again. While Ukraine will remain firmly on a pro-Western course after the end of the Russian special military operation, it is clear that the Western media (as well as Western think tanks and law firms and politicians) must finally realize that there is no such thing as a pro-Western oligarch.

Politics at Eurovision: the favorite is obvious