That Ukraine will be able to reflect Russian attack93% of Ukrainians are sure, it is said in survey Sociological group “Rating”. The study showed that a high level of confidence was recorded in all macro-regions of the state and among different age groups of respondents. 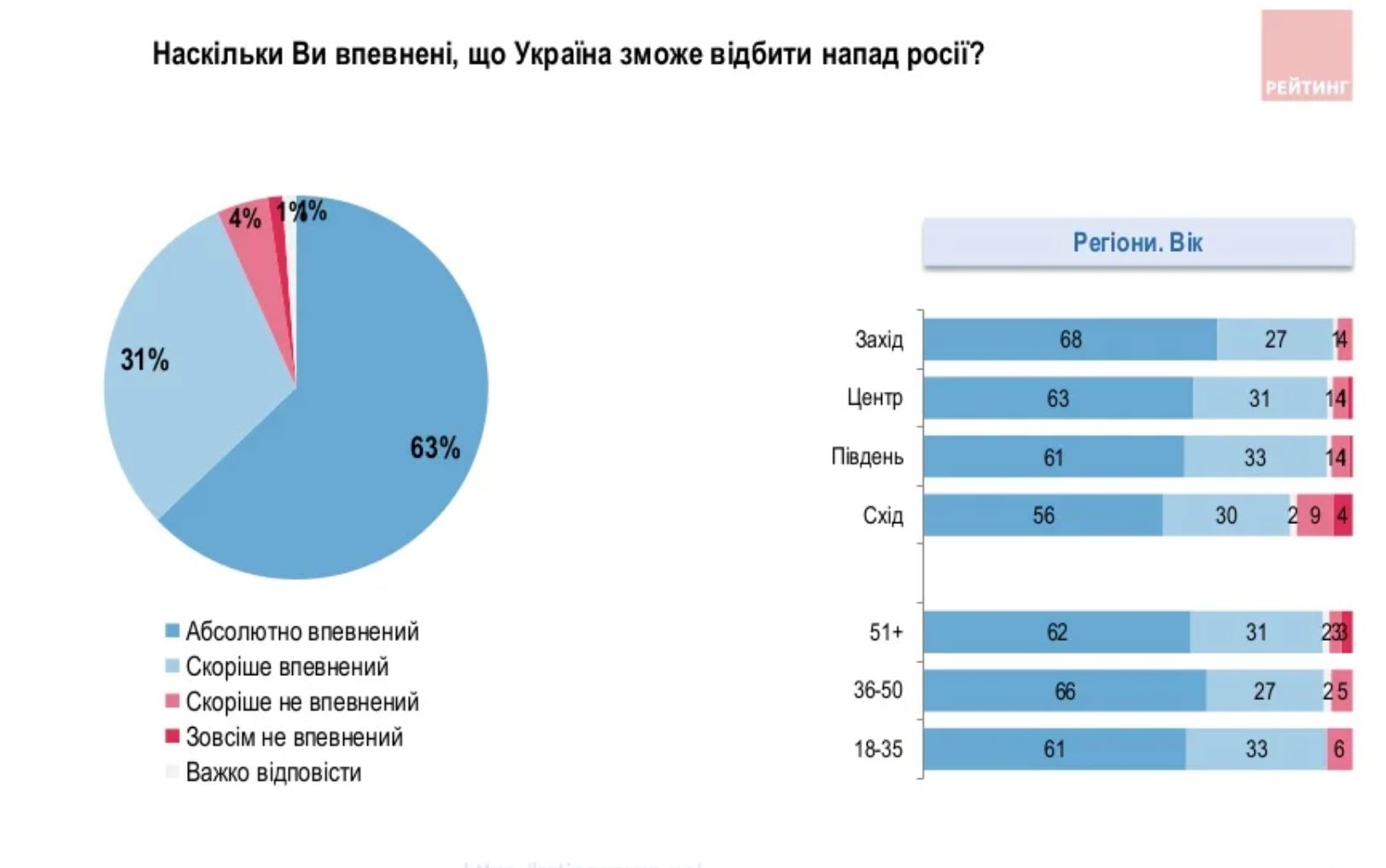 However, respondents are more sober in assessing the timing of Ukraine’s victory in the war unleashed by the Russian Federation. So, 67% of citizens are convinced that in order to defeat the enemy, we will need at least six months, or even more. A quarter of respondents believe in our victory in a few months, and 6% in a few weeks. 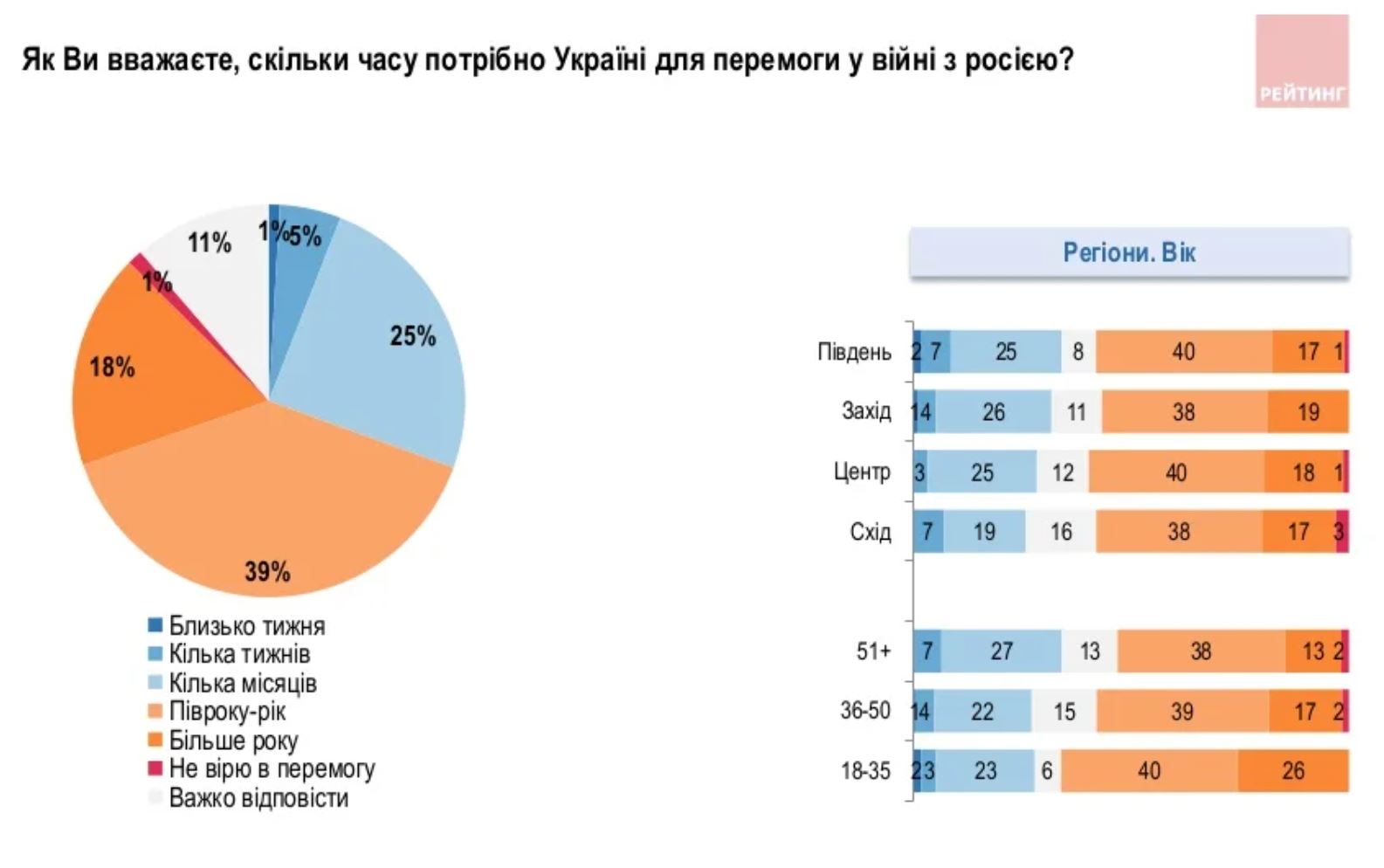 Read also: France wants Ukraine to take back control of Crimea as part of victory over Russia – CNN

The survey was conducted on June 18-19 among the population of Ukraine aged 18 years and older in all regions, except for the temporarily occupied territories of Crimea and Donbass, as well as territories where there is no Ukrainian mobile communication at the time of the survey. Results are weighted using up-to-date data from the State Statistics Service. The sample is representative in terms of age, gender, and type of settlement. In total, sociologists interviewed 1200 respondents using the CATI method (Computer Assisted Telephone Interviews – telephone interviews using a computer). The error of the representativeness of the study with a confidence probability of 0.95: no more than 2.8%.

Tajikistan loses remittances from Russia due to sanctions