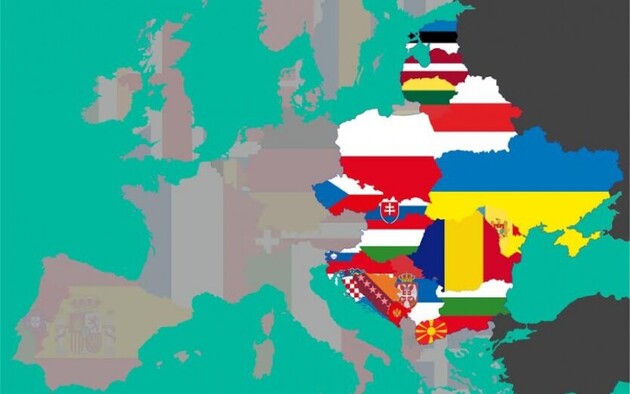 In practical terms, such cooperation will allow Ukraine to:

There are also important achievements related to the energy complex of the country. Thus, the status in the Trimoria initiative will allow:

Read also: Ukraine may become a full member of the “Trimorye” – Zelensky

Recall, the President of Poland A.Duda during the summit of Trimorye countries on June 20 announced that Ukraine was given the status of a partner-participant.

The Three Seas, known as the Three Seas Initiative (ITS), is an international economic initiative that brings together 12 EU countries along the Baltic, Black and Adriatic Seas. It was established in 2015 by the Presidents of Poland Andrzej Duda and Croatian Presidents Kolinda Grabar-Kitarovic.

The Three Seas Initiative is actually the creation of a partnership bloc uniting the countries of Central and Eastern Europe that are members of the EU: the four countries of the Visegrad Group, the Baltic countries, Austria, Croatia, Romania, Slovenia and Bulgaria. The main focus of the Initiative is on the development of infrastructure projects.

As President of Ukraine Volodymyr Zelensky noted earlierthe status in the Trimorie initiative for the country is significant economic opportunities, modernization of transport, communications, networks, another line of close cooperation between Ukraine and the EU states.

Britons: Sanctions bite so hard that Russia gets richer and we suffer

Ukrzaliznytsia showed DVRZ fired upon by Russians. There are no tanks under the rubble – news from Ukraine, Politics

Oleg Sinegubov confirmed the attempts of the Russian offensive near Kharkov