If the referendum on Ukraine’s accession to the EU was held in the near future, 87% of Ukrainians would support European integration, the results say survey Sociological group “Rating”. 4% of citizens would vote against membership in the European Union, 8% would not come to the vote. 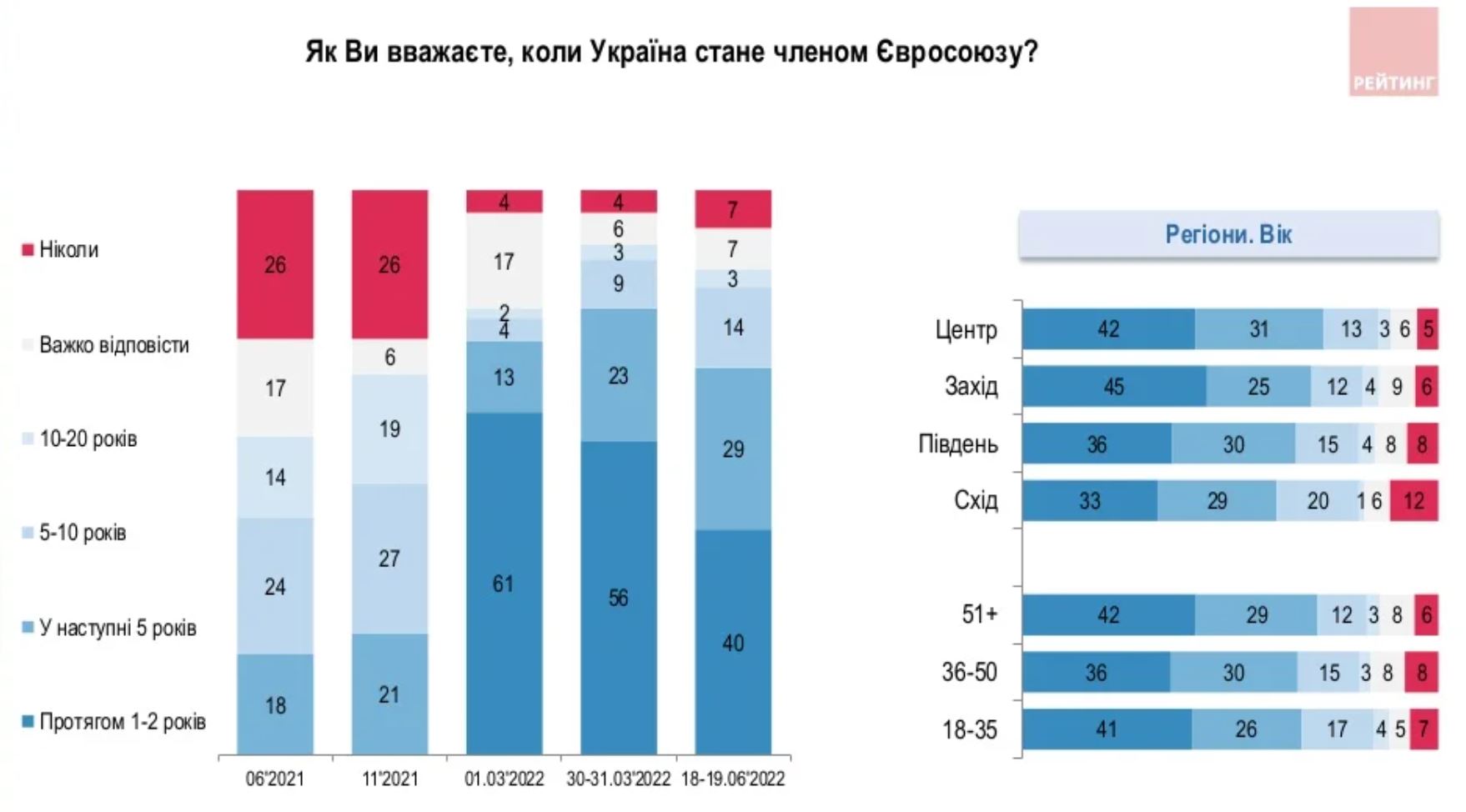 As for the referendum on joining NATO, integration into the North Atlantic Alliance would be supported by 76% of the respondents. 10% would vote against, 12% would not go to the referendum.

According to sociologists, in March 2022, 68% of Ukrainians supported joining NATO. In contrast to joining the EU, NATO membership is perceived more cautiously by residents of the east of the country (55% are in favor of joining, 20% are against, 22% would not vote). 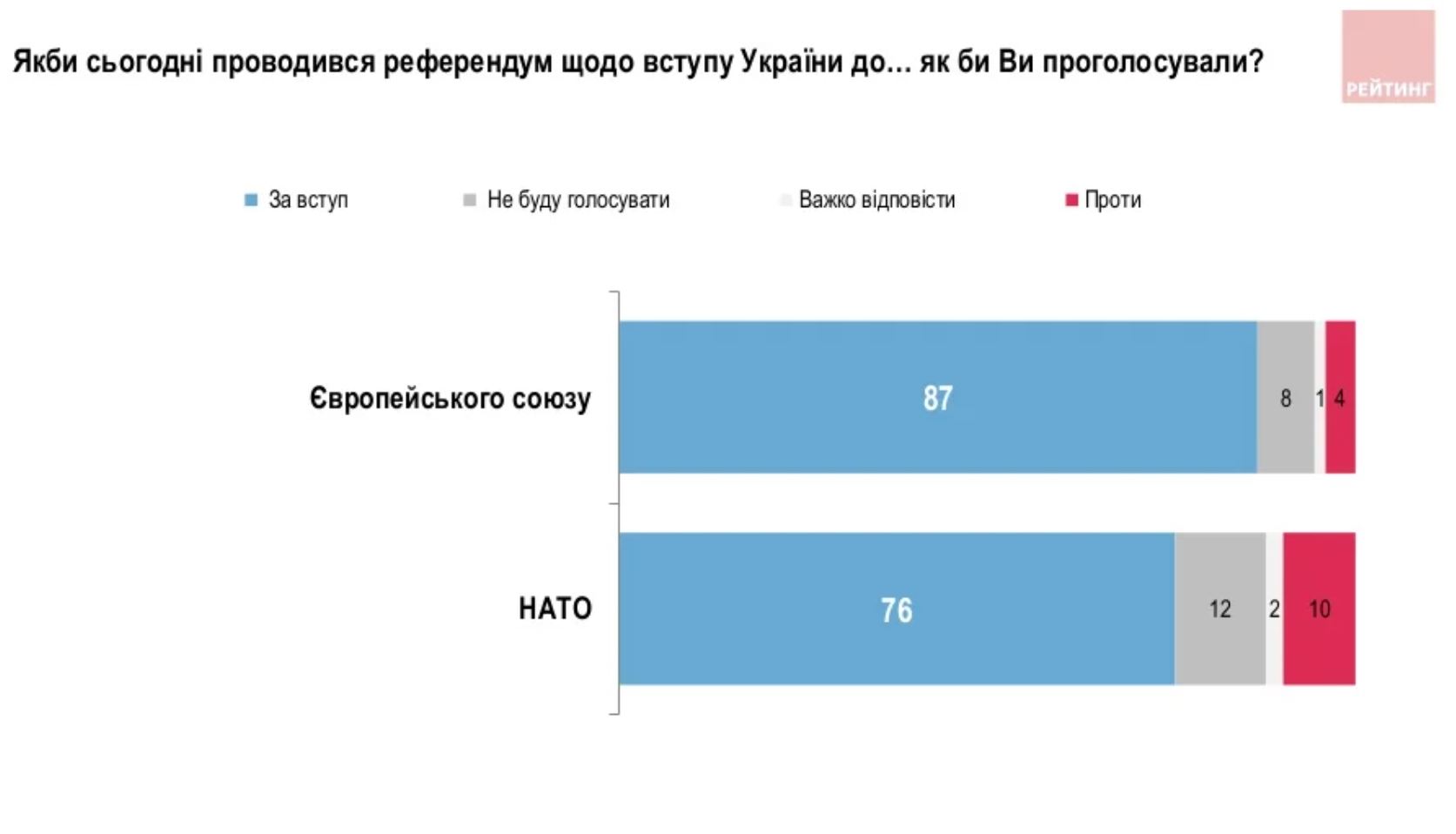 The survey was conducted on June 18-19 among the population of Ukraine aged 18 years and older in all regions, except for the temporarily occupied territories of Crimea and Donbass, as well as territories where there is no Ukrainian mobile communication at the time of the survey. Results are weighted using up-to-date data from the State Statistics Service. The sample is representative in terms of age, gender, and type of settlement. In total, sociologists interviewed 1200 respondents using the CATI method (Computer Assisted Telephone Interviews – telephone interviews using a computer). The error of the representativeness of the study with a confidence probability of 0.95: no more than 2.8%.

Zelensky says Ukraine will respond to strikes from Transnistria