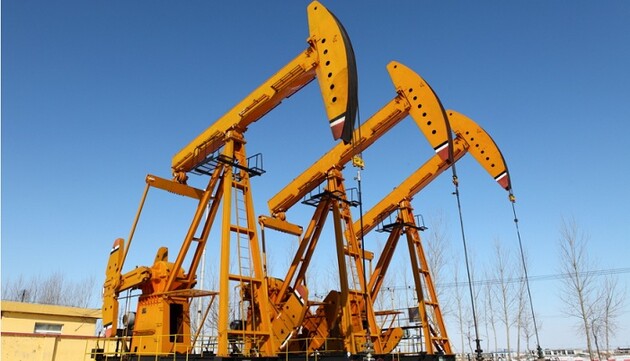 The UK reduced Russian gas imports by 75% compared to the same period last year, and the share of oil imports from Russia decreased by half, – declared Minister of Business and Energy of the United Kingdom Kwasi Kwartenga at the Second Century London Conference

“The brutal war unleashed by Putin has a profound impact on the humanitarian situation in the world and has prompted significant spending on energy and security,” – said the minister.

But, according to a British senior official, the gas crisis is not only the result of the war. As economies reopened after the lockdown and demand soared, gas prices began to rise inevitably.

“When I communicate with my colleagues in Europe and abroad, they all face the same problems. In Germany, the government has reopened coal-fired power plants. In France, system operators are urging households to shower rather than bath. No European country is immune from this, especially the UK. Although the UK receives very little gas from Russia, we are all vulnerable to gas markets that we have no control over.” – said the official.

Despite a flurry of devastating sanctions, Russia can still exercise its dominance over the gas supply, Kwarteng said.

“Europe can no longer be in this position. In the UK, we have already reduced Russian gas imports by 75% compared to the same period last year, and the share of oil imports from Russia has halved. Our last Russian shipment of LNG was on March 2 this year. And by the end of this year, we will no longer be importing Russian fossil fuels.” – said the minister.

“COVID-19 and the Russian invasion have put a huge strain on the UK energy system and have shown that we need to completely reduce our dependence on the volatile gas market. And we can do this by phasing out gas in the long term.” stated in the Minister’s address.

The minister sees a way out of this situation in the development of renewable and nuclear energy through private investment.

Today, world gas prices are at an all-time high. The government has increased renewable capacity by 500% since 2010 and the current situation shows that we need even more diversity. And, of course, the key to greater diversification of the energy market is unlocking private investment. The UK will need many hundreds of billions of pounds of investment in clean energy, grid upgrades and new nuclear power over the coming decades.” Quartenga said.

According to the minister, the UK is preparing for any developments and for this will extend the life of coal-fired power plants and focus on increasing its own gas production. The government will also support wind and solar generation.

“Our ambition is to have 50 GW of wind generation by the end of this decade… more than enough to power every home in the UK.” the minister noted.

Earlier, the European Union stated that Norway is a reliable supplier of oil and gas. EU intends to support exploration in this country.

Due to Russian gas blackmail Germany is ready to temporarily resume the operation of coal-fired thermal power plantsa The European Commission advises to reduce the temperature home heating.

In the Zaporozhye direction, the Armed Forces of Ukraine go on a counteroffensive – “Azov”

The US is fighting Russian influence in Africa. But what do Africans themselves want?