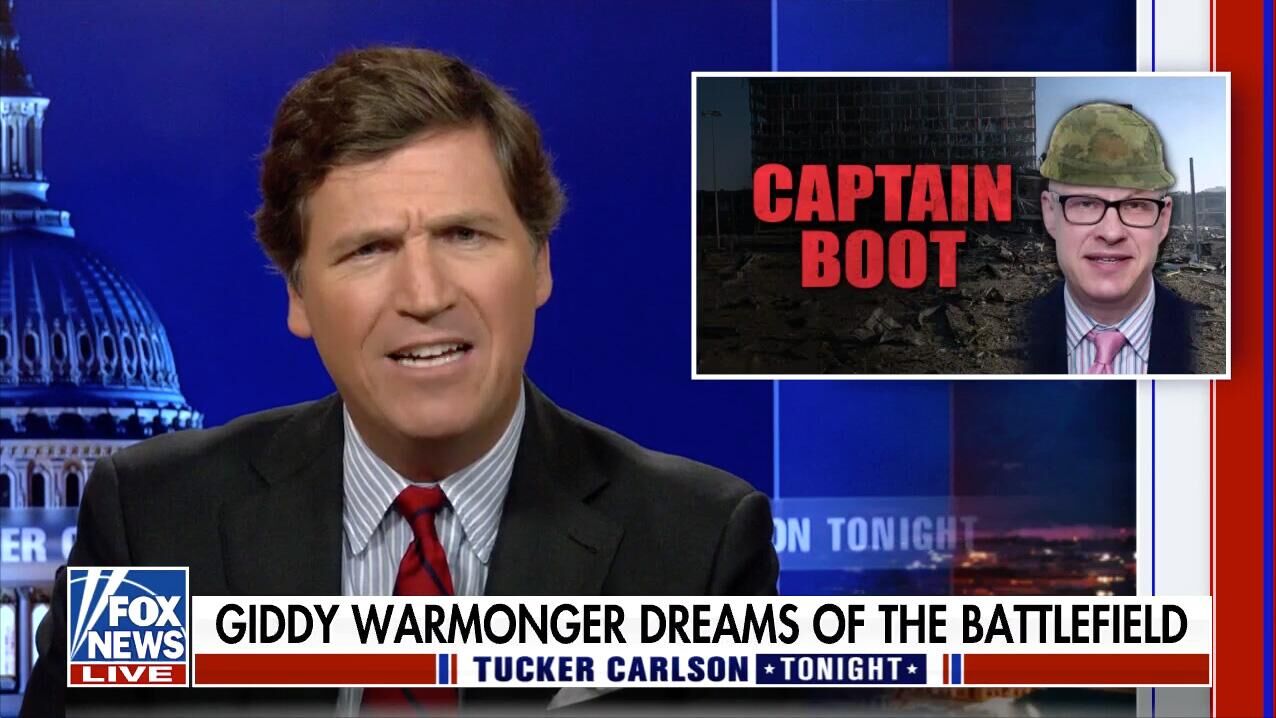 Max Booth is back on MSNBC this week. Let’s hear what he was talking about. Can you guess three times? If his miserable existence is what pleases, it is war – when people kill each other and burn to death. So he proposes another escalation – this time in Ukraine. Listen.

A mistake crept into our reasoning about Ukraine. We believe that this is “their” war, Ukrainians and nothing more. But this is our war too. And we don’t supply them with enough Gray Eagle drones or multiple rocket launchers. We can and must do more. And we must kill ourselves on the nose that the Ukrainians on the front line are fighting for us.

Have you heard, residents of Debuk, Bangor, Gulfport and Spokane? This is your war! Yours, not theirs. But with all this, Max, oddly enough, as if nothing had happened, sits on the morning air in slippers and is clearly not going to fight – although this is supposedly a matter of world importance and everyone’s personal duty. More surprisingly, Max did not even donate his own salary to the military. All he does is advertise “our war” – that’s all. And this is not the first time. During his long and not very varied career as a warmonger, Booth demanded a staggering number of times to send American soldiers to foreign countries. Bout demanded an invasion of Syria and Iran, he wanted the cold war with North Korea to turn into a “hot” one, he even wanted to make war with Saudi Arabia. Here’s a quote for you: “If the American army dealt with such a hardened cutthroat as Saddam Hussein so quickly, just imagine how cleverly they deal with the limp sybarites from the Saudi royal family,” Bout once wrote. And rest assured, he already imagined it in every detail. But we never captured Mecca. What a pity! Then Max let’s demand military occupation of what do you think… Pakistan! Pakistan, yeah, a nuclear power. Take and occupy – just spit. And Somalia is also “our war”. In 2011, Bout called for war with Libya. That’s when it all ended – thanks to Hillary Clinton. And of course, Bout was the loudest “drown” for the war in Iraq. Quote: “By deposing Saddam, we will establish international power in Baghdad under American control, and along with it in Kabul,” he wrote before the invasion. “Thus, Iraq will become a beacon of hope for the oppressed peoples of the Middle East. This is our historic task. Needless to say, this is an ambitious goal. But it is equally clear that America has the strength to do this.” Of course, we can afford it. Easier than a steamed turnip. It cost us some trillions of dollars and more than a million victims. Have the butov prophecies come true? Don’t ask. He’s already busy trying to sell you another war.

The oligarchs of Ukraine and the army – Danilov said that only one of the Poroshenko group, Akhmetov, Kolomoisky, Pinchuk helps the army

The Finns ridiculed the prospects of new models "frets"