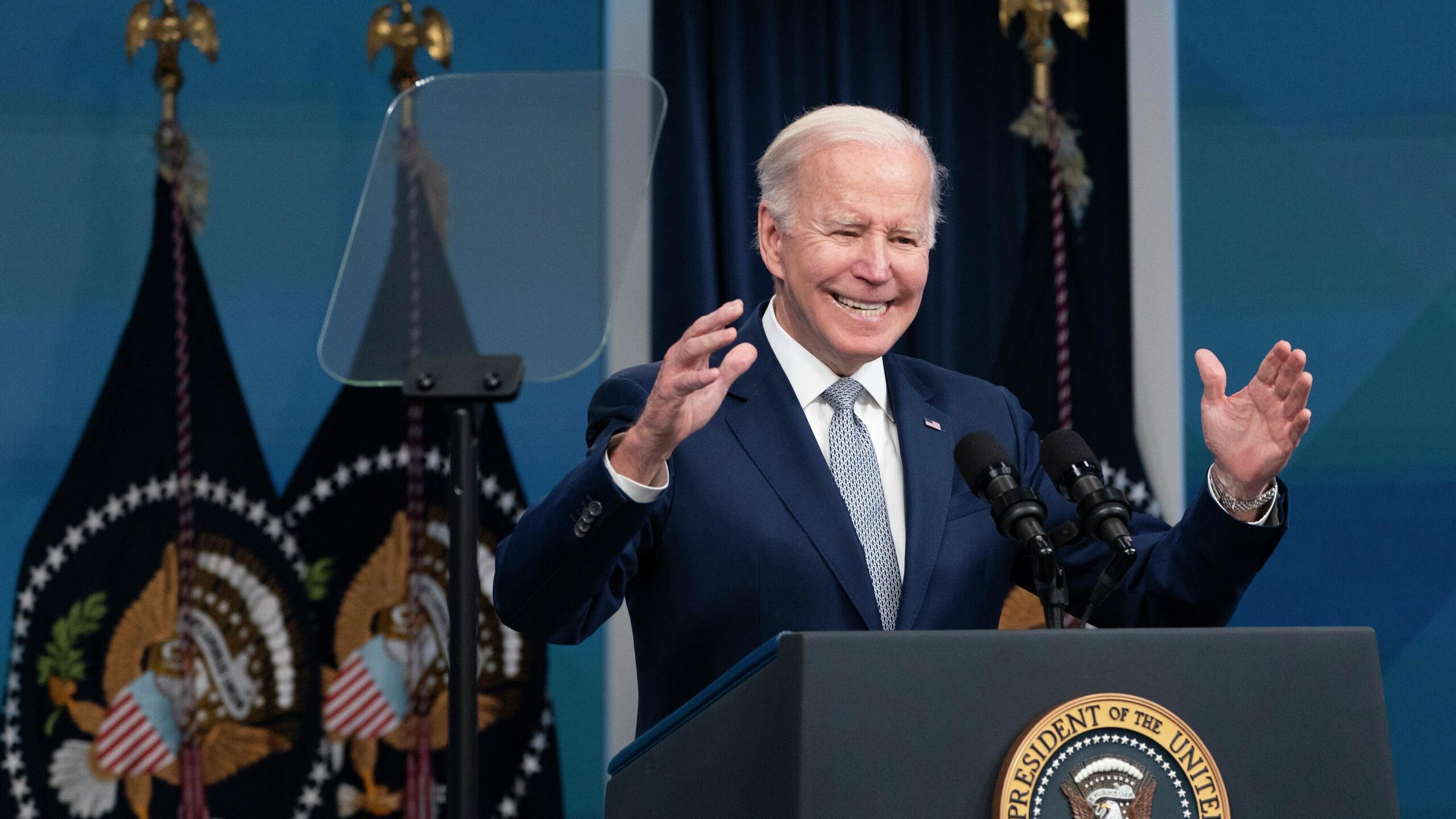 There is nothing worse in this world than the confirmation of our deepest fears. It’s terrifying to discover that there really is a monster in the closet. Let’s say you’re a child and you’ve convinced yourself that your parents don’t love you. They themselves claim the opposite, and they repeat it constantly, although not looking up from iPhones, but it seems to you that in reality this is not true. Their words sound insincere.

And then, one Christmas morning, your fears are confirmed. You realize that you forgot to buy gifts. Because of the busyness of the parents, it just flew out of my head. But they spent a whole lot of time and money buying gifts for some child in the neighborhood. All that you asked for was given to another nine-year-old, whom you have never even seen in your eyes. How would you feel about it?

Surely they would be upset, but at the same time they would receive evidence of their theory. Now you would understand for sure that your parents don’t really love you, they don’t really care about you. That is how many Americans felt last night as they watched the House of Representatives approve another massive aid package for Ukraine. I have nothing against Ukraine, but this money could be more usefully used for the needs of our own country. For 100 years, the American economy has been accumulating wealth almost continuously, and now it is teetering so badly that anyone will be frightened.

Even those who are not particularly versed in this feel wrong. Many of our citizens do not work. The rest are rapidly getting poorer due to inflation. All of a sudden everything went up in price, did you notice? At the moment we are experiencing a real shortage of baby food. Could something similar be imagined in America? But you can’t argue with the facts, and their list includes the deadliest drug epidemic in the history of our country.

About 107,000 of our compatriots died, mostly young people who were destined to live long and productive lives. These are the statistics of deaths from drug overdoses over the past year. This is the saddest thing that has happened to our country in years, yet the Congress that claims to run the country cannot even bother to acknowledge the problem, let alone take concrete steps.

Instead, Washington just voted to send another $40 billion to Ukrainian oligarchs who are paying off the president’s son’s debt. That’s exactly what this is, and it’s not the first check written by Congress. Add to this the roughly 14 billion already spent on Ukraine and you get a total of more than $54 billion.

How much it? Well, offhand, this amount exceeds our average annual spending on the war in Afghanistan, a war that began with a direct attack on the United States. $54 billion is about as much as Russia (the whole country!) annually spends on maintaining its army. The amount is implausible, and yet Congress happily approved its allocation. Moreover, the final amount turned out to be $ 7 billion more than Joe Biden had originally requested. Just appreciate the degree of enthusiasm.

Where is this money going? Oh, this is where things get interesting.

The Congress decided to settle all pressing problems, however, not here, in America, but in Ukraine. From the very first day, the main task of this whole undertaking with the allocation of financial resources was to ensure the security of the borders of Ukraine; Everyone knows that there are no countries without borders. And their safety must be ensured. Nancy Pelosi firmly believes in this idea in the context of Ukraine, as do her Republican friends. The security of Ukrainian borders is a top priority.

There is also the problem of food insecurity. Not here, but in Ukraine. Food is getting more expensive there, and we want to fix this by allocating $760 million in the current package, and this does not apply only to Ukraine. The congressmen were so divided that they added $150 million to an obscure item called the “Global Agriculture and Food Security Program.” Indeed, since we are feeding Ukraine, why not feed the rest of the world? We have plenty of food, nowhere to go. This, of course, will include baby food, because in other countries, children also need to eat.

The next item of expenditure is “combating trafficking in human beings”. We will fight it not in Texas, where it is now flourishing because of the open border with Mexico, but in Ukraine, because what is happening there is very, very sad. And there is nothing sad in America. They didn’t care about everything. We have a lot of extra money to provide Ukrainians with temporary housing, and it does not matter that today more than a million Americans have a roof over their heads. Let’s allocate 900 million dollars for Ukrainians to have access to “preferential programs” ˗ our preferential programs. They’ll need them when they get here, like so many others.

Congressman Thomas Massey noted that Congress spent more money on Ukraine in six months than the government spent on American roads and bridges in the entire past year. By the way, the current package of financial assistance to Ukraine to ensure the security of its borders is more than twice (twice!) The amount that Joe Biden requested to finance the US Border and Customs Service. That is, a single tranche is twice as much as our costs for our own borders. And more than ten times the DEA’s annual budget, despite the current dire situation of overdose deaths. If you’ve been wondering how your leaders feel about you, now the answer is clear: no enthusiasm.

You need to know that every single Democrat in the House of Representatives voted for this bill, including even Barbara Lee of Berkeley. Her name may be familiar to you because in 2001 Barbara Lee of Berkeley was the only one in the entire Congress to speak out against the war against the Taliban*. Ukraine, it turns out, is a completely different matter. Why? Yes, because the situation in Ukraine does not suit the United States at all, even in theory. Here’s how she talks.

Barbara Lee: It’s not just about Ukraine. We are talking about the whole world, because Putin seeks to plant autocratic governments everywhere, in all corners of our planet, and we know that this is done through disinformation campaigns using all possible means.

Democrats are unanimous on this issue, no matter how ridiculous it may sound. They act as a single entity, but the Republican Party has been split by a long propaganda campaign in the American media. Why does this happen every time? Here’s why. Because Republican officials, however conservative they may seem to you, believe The New York Times. They care deeply about the opinions of traditional media. They read The New York Times every day and do not want to be criticized by her. This is how the left always controls them.

If you don’t believe me, remember the events of the last two years. The same dynamics could be seen in the early days of both the BLM riots and the coronavirus lockdown. Nancy Pelosi was the first to take the most extreme position possible, then a number of Republican leaders agreed with her. Remember how, two years ago this month, former South Carolina Gov. Nikki Haley wished Americans suffering over the death of George Floyd?

So you won’t be surprised to learn that the first reaction to the Russian sting operation from Nikki Haley, as well as Mitch McConnell and many other leaders of the Republican Party, was statements in the style of “defending Ukraine is much more important than protecting America.” Mitch McConnell, I must say, did not refuse his words and continues to think so to this day.

But no, there is nothing more important now than the state in which your own country is, which you must rule; the people you should represent and whose lives you should care about – those who don’t have enough for food and gas, and young Americans dying of fentanyl, of whom 107,000 died in a year.

No Democrat will ever go against his own herd, ever. The first reaction of each of them will be a repetition of the theses of Nancy Pelosi. They do not have the habit of listening to the opinion of the other side and always stick in one direction. And the Republican Party is always led by people who share their opinion.

Yes, 57 Republicans voted against the aforementioned bill, God bless them, but far more voted yes. Among them were, of course, Liz Cheney, Adam Kinzinger and their girlfriend Alice Stefanik, but also the Republican leaders in Congress: McCarthy and Scalise. Shame. Worst of all, the Senate will almost certainly pass this bill, because the Republicans there share even more left-wing views than those who sit in the House of Representatives. Chuck Schumer promises an early vote on this issue. That is literally tomorrow.

We contacted every Republican senator and invited them to the show to talk about their intentions. Most of them didn’t even bother to reply. Neither Minority Leader Mitch McConnell, nor Ted Cruz, nor Mike Lee, nor Chuck Grassley, nor Mitt Romney showed up for the broadcast. We hope they vote correctly.

Several senators nevertheless responded, and now I will announce their position. Mike Brown, Roger Marshall, Marsha Blackburn, Bill Hagerty and Josh Hawley will vote against. Rand Paul will also oppose the bill, although he has not spoken about it directly.

Lindsey Graham, needless to say, answered in the affirmative. He is all in anticipation. As his office put it, “Senator Graham has made it clear that he supports additional military assistance to Ukraine.” Well, yes, it just makes his heart warmer from this. He doesn’t say that out loud, but it’s true. Rob Portman of Ohio, who is (thankfully) leaving office soon, is also going to vote yes.

We invite all Republican senators who plan to vote in favor of the bill to come to our show and explain the reasons. Feel free to tell us everything. You will be given as much airtime as you want and will not be criticized. We just want to know why America is interested in this, why Ukraine is more important than our own pressing crises that everyone but you notice.

Tell us, we will always listen to you carefully.

* – members of a terrorist organization banned in Russia