The defamation lawsuit between Johnny Depp and Amber Heard is coming to an end. The lawyers were able to make their pleadings after six weeks of trial. Here’s what to remember before the verdict.

The end is near. the defamation lawsuit between Johnny Depp and Amber Heard entered its final phase this Friday, May 27, with the lawyers’ pleadings in order to present, one last time, all the evidence after six weeks of hearing the presentations of each camp, and hours of live on television, which have sometimes seen celebrities or ex-stars testify, such as Top model Kate Moss, who stayed with Johnny Depp for several years.

If the jury finds that Amber Heard has indeed shown defamation following the publication of an editorial in the Washington Post, she will be ordered to pay Johnny Depp the 50 million dollars he is asking for in compensation. If the jury finds in favor of Heard, Depp will get nothing and could potentially be ordered to pay his ex-wife the 100 million dollars she asked for in her countersuit, details The Independent.

It was Johnny Depp’s lawyers, Camilla Vasquez and Ben Chew, who began the argument by recalling that Amber Heard was a “deeply troubled” person who “despaired of getting attention”. And that she had therefore invented this story of domestic violence in order to pass herself off as a victim. While getting revenge for the fact that Johnny Depp left her.

For them, Johnny Depp has never been accused of domestic violence by his ex-girlfriends, and these accusations by Amber Heard, in addition to being totally unjustified and false, have caused serious damage to the career and to the reputation of their client.

After a short break, it was the turn of Benjamin Rottenborn and Elaine Bredehoft, the lawyers of the actress, to appear before the jurors. The first invoked freedom of expression in order to justify the article published in the Washington Post. He also pointed to the relentlessness of Johnny Depp to damage the reputation of his client.

According to him, this trial is an opportunity to show victims of domestic violence that it is not in vain to file a complaint against his attacker. Benjamin Rottenborn pointed to the alcohol and drug abuse of Johnny Depp, and the “monster” that the actor himself evokes in the recordings made available to the jury.

Elaine Bredehoft recalled for her part the serious consequences that this trial had had on the career of her client, who has lost many roles and contracts since the start of her legal battle with her ex-husband, and the relentlessness of the latter. to humiliate and silence her. 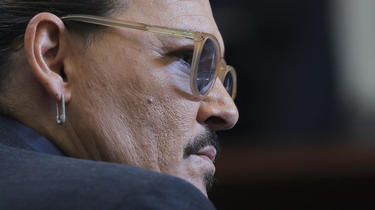 It is now up to the jurors to deliberate and render their verdict in this case which has unleashed passions. If ever no verdict is pronounced this Friday, May 27, it will then be necessary to wait until next Tuesday for the resumption of deliberations, the last Monday of May, Memorial Day, being a holiday in the United States.

Bardella in the Var on the district of Zemmour