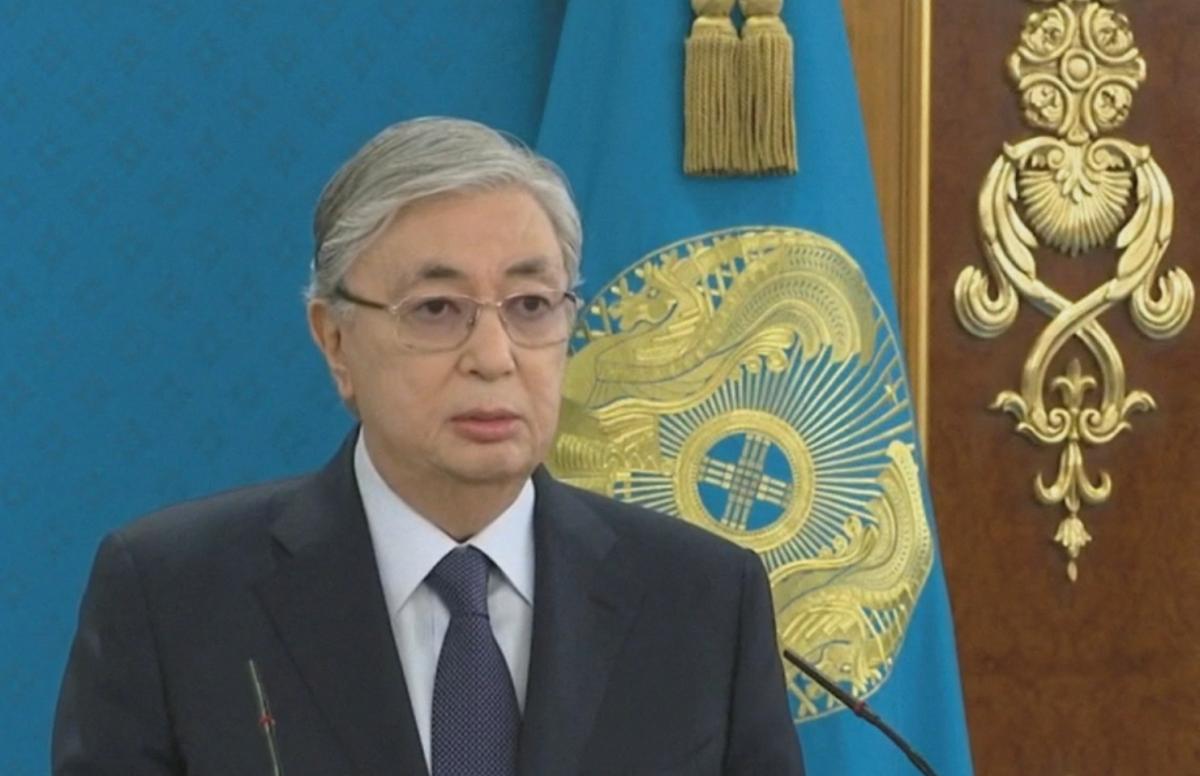 For several days now, the discussion of the statement of the President of Kazakhstan, Kassym-Jomart Tokayev, that the “LPR” and “DPR” controlled by the Kremlin are not independent republics, but “quasi-state territories” has not ceased for several days. In addition, at the economic forum in St. Petersburg, he allowed to disagree with the opinion that Russia allegedly saved Kazakhstan during the winter protests in the country. Tokayev stressed that the CSTO did it.

But in fact, this is a completely expected reaction from a president who wants to become the second Nazarbayev. To do this, he needs a stable image of a tough statesman, an independent player and a “new leader.” Hence the statements in St. Petersburg.

To make this public, most likely, was the desire of Tokayev himself, who knew that he would be pressed with questions, driving him into the correct frame of an answer. And he decided not to cave in, but to set the flags in relations with the Russian Federation immediately. And this is correct from the point of view of the state interests of Kazakhstan and the reputation of Tokayev himself.

Kazakh-Russian relations have never been truly allied. Over the past 20 years, Russia has been losing competition there to other players, especially China and the United States.

The autonomist tendencies in the Kazakh elites, aimed at foreign policy diversification, are quite understandable in our time: getting rid of sole dependence on Moscow is a natural desire of any country that has ambitions to play a larger role in the region and the world than just someone’s raw material asset or a controlled outpost .

Russia lost its sole initiative in Kazakhstan long ago, even before Russia’s invasion of Ukraine. At the end of his reign, Nazarbayev contributed in every possible way to the erosion of Russian influence, but the process really began under Tokayev.

This does not mean that the Russian Federation and Kazakhstan will break off bilateral relations or declare war on each other because Tokayev “offended” Putin. A slight peak in relations is possible when the parties compare their strengths (Tokayev’s statements can still be regarded as an invitation to a kind of serious conversation about the format of relations), but nothing more.

The “Chinese factor”, which is called the reason for Tokayev’s statements, seems to me to be slightly misrepresented. This is hardly a purposeful game by Beijing. Rather, the presence of China as one of the partners behind Kazakhstan prompted Tokayev to make such statements, since he knows that Russia has long been not the only power in Central Asia.

For China, such statements are certainly beneficial, as is the onset of a multipolar world in general, in which the PRC is strengthening its positions, crushing part of the former sphere of influence of the Russian Federation in the post-Soviet space.

By invading Ukraine, Russia canceled out its post-Soviet policy, and now the geopolitical space of the former USSR is no longer just Moscow’s exclusive playing field. The weakening of the Russian Federation will inevitably spur regional countries to look for other points of support in the world, as well as to establish alternative, more reliable and less risky partnerships.

Until Russia is ready to rethink its policy towards its neighbors and the former USSR, it will be very difficult and painful for them to accept all this.

Iliya Kusa, international analyst, expert on international politics and the Middle East of the analytical center “Ukrainian Institute of the Future”