Russia knows how to make “friends”. Continuing a large-scale invasion of Ukraine and a fierce confrontation with the West, Moscow decided to punish Kazakhstan at the same time.

How reported newspaper “Kommersant” Russian authorities decided to suspend shipment of Kazakh oil in the port of Novorossiysk. The official reason is in the water area near the terminal of the Caspian Pipeline Consortium (CPC), where the oil pipeline from Kazakhstan ends, suddenly discovered torpedoes and mines from World War II. At the same time, Kommersant’s sources claim that at least until the end of the month, shipments may be interrupted.

Kazakhstan depends on the port of Novorossiysk, through which it exports grain and oil by sea. Although they say in Nur-Sultan that the decrease in shipments will not affect the level of oil exports, nevertheless, the losses will be tangible. When the terminal stopped operating for a month in the spring due to “identified and possible damage to remote mooring devices due to adverse weather conditions,” the approximate loss of Kazakhstanis amounted to $340 million.

And now the media are writing that Nur-Sultan in response blocked on the territory of Kazakhstan 1700 wagons with Russian coal. The formal reason for the decision is the desire to comply with the EU and US sanctions imposed against Russia. Recall that on June 15, the head of Kazakhstan, Kassym-Jomart Tokayev declaredthat his country will comply with all sanctions imposed by the West on Russia, otherwise secondary restrictive measures will be introduced against Nur-Sultan.

However, was there an “answer”? The day after the news Ministry of Industry and Infrastructure Development of Kazakhstan refuted a message about the delay of Russian wagons with coal, calling it a fake aimed at discrediting good-neighborly partnerships between the republic and Russia. The Kazakh department noted that in reality there are no 1,700 wagons with Russian coal on the territory of the country, and there are also no wagons with coal on the tracks of Russian Railways, standing in the direction of Kazakhstan or from Kazakhstan.

How did the President’s word…

The story of Kazakhstan blocking wagons with Russian coal is very strange. Perhaps the news is actually fake. Or maybe, in the presidential palace, Akorda simply decided to turn back so as not to aggravate relations with Russia, which is one of the two main economic and political partners for Kazakhstan.

But politicians and experts unanimously associate Moscow’s current actions to block Kazakh oil with Tokayev’s speech at the St. Petersburg International Economic Forum. Dodging response to the question editor-in-chief of RT Margarita Simonyan, who moderated discussion between the Russian and Kazakh presidents, about the attitude in Kazakhstan to the “special military operation”, the Kazakh president at the same time refused to recognize the independence of the “DNR” and “LNR”, calling them “quasi-state territories”. 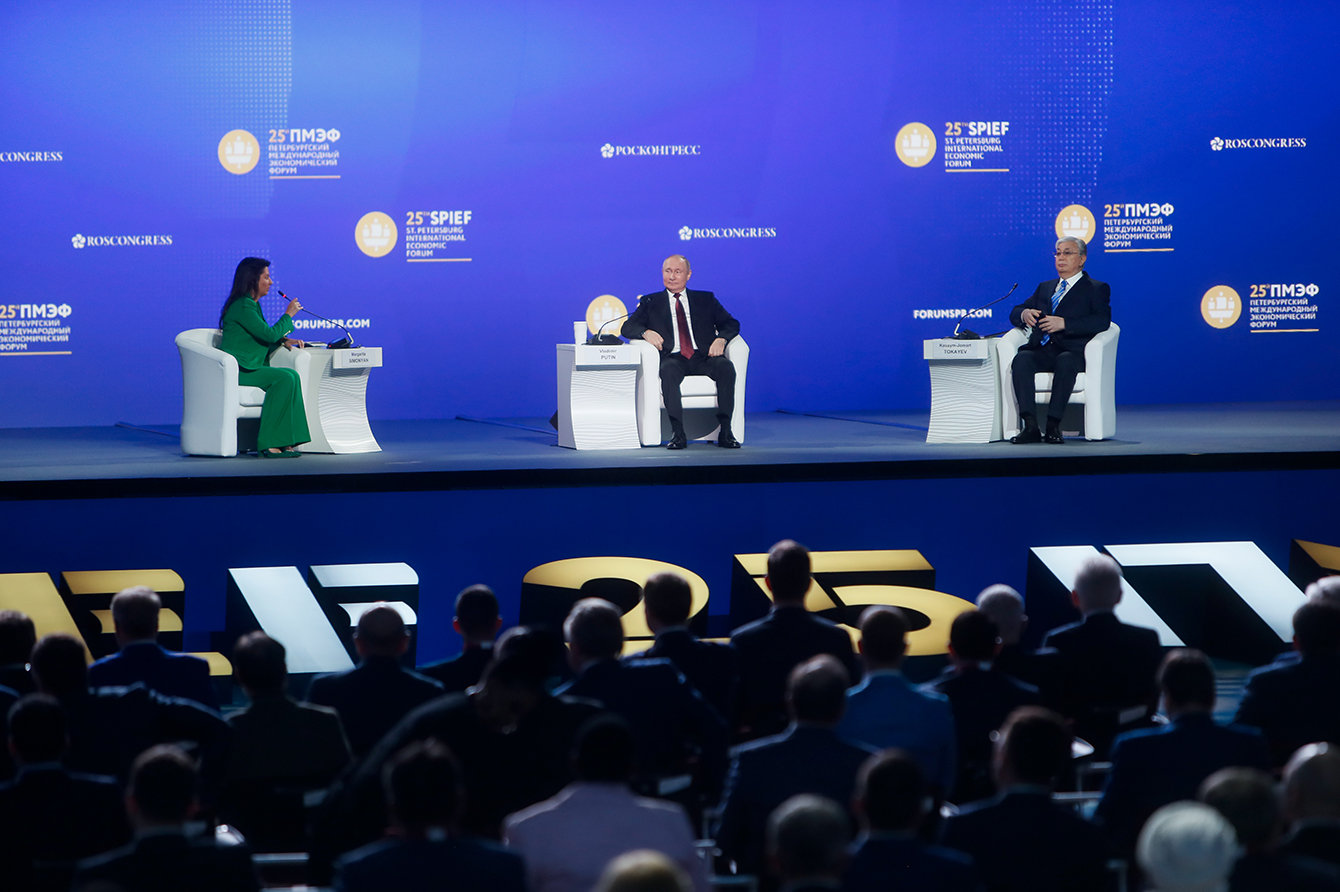 AT presence of Putin Tokayev expressed claims to State Duma deputies and Russian journalistsaccusing them of inciting hostility between Kazakhstan and Russia. These words also applied to Simonyan’s husband, Russian propagandist Tigran Keosayan. A month ago, he insulted and infuriated the people of Kazakhstan, publicly declaring that “Kazakhstan never had its own statehood”, “yes, we saved their country from terrorists in January. What are they? Kazakhstan has become a Russophobic state.”

The Kazakh president was as diplomatic as possible, speaking about the non-recognition of the “DNR” and “LNR”. Moreover, in essence he didn’t say anything new: the position that Tokayev voiced at SPIEF was made public by Nur-Sultan back in April. Then the first deputy head of the presidential administration, Timur Suleimenov, said that Kazakhstan would not help Russia circumvent sanctions, and Foreign Minister Mukhtar Tleuberdi said that the country did not recognize separatist formations in eastern Ukraine.

However, Tokayev’s words were spoken in the presence of Putinwhat in Russia was regarded as a public humiliation of the “bunker grandfather”: they say, “they spat savoryly in his face.” “The whole agenda of the forum is down the drain, because the key point is the smearing of Putin by Tokaev,” Russian opposition politician Gennady Gudkov commented on the results of the economic forum in St. Petersburg. But Putin is a vengeful person.

Obviously, he will also remember that Tokayev refused to accept the Russian Order of Alexander Nevsky. As well as statement Kazakh President in an interview with the Russia 24 TV channel, which some Russian politicians “misinterpret” the situation, insisting that it was the Russian Federation that allegedly saved Kazakhstan, and not the peacekeeping contingent of the CSTO member states: “In Russia, some people misrepresent this whole situation, arguing that here, they say, Russia “saved” Kazakhstan, and now Kazakhstan must forever “serve and bow at the feet” of Russia. I think that this is completely unjustified reasoning, far from reality.

So what is going on in Kazakh-Russian relations? Where it leads? Won’t Moscow open a new front for “protection of the Russian-speakers” in the north of Kazakhstan, seeking to seize part of Kazakhstan’s land as well? What signals does the Kremlin send to Akorda?

AT In the industrially developed northern regions of Kazakhstan, Russians make up 22% of the country’s population. Many of them are irritated by Kazakhization – the expansion of the rights of the Kazakh language and the strengthening of the influence of Kazakh-speaking personnel in public administration. It’s not surprising that after February 24 concerns about Moscow have grown in Nur-Sultantrying to restore Russian influence throughout the post-Soviet space by economic and military means, reviving the Russian Empire in the 21st century. 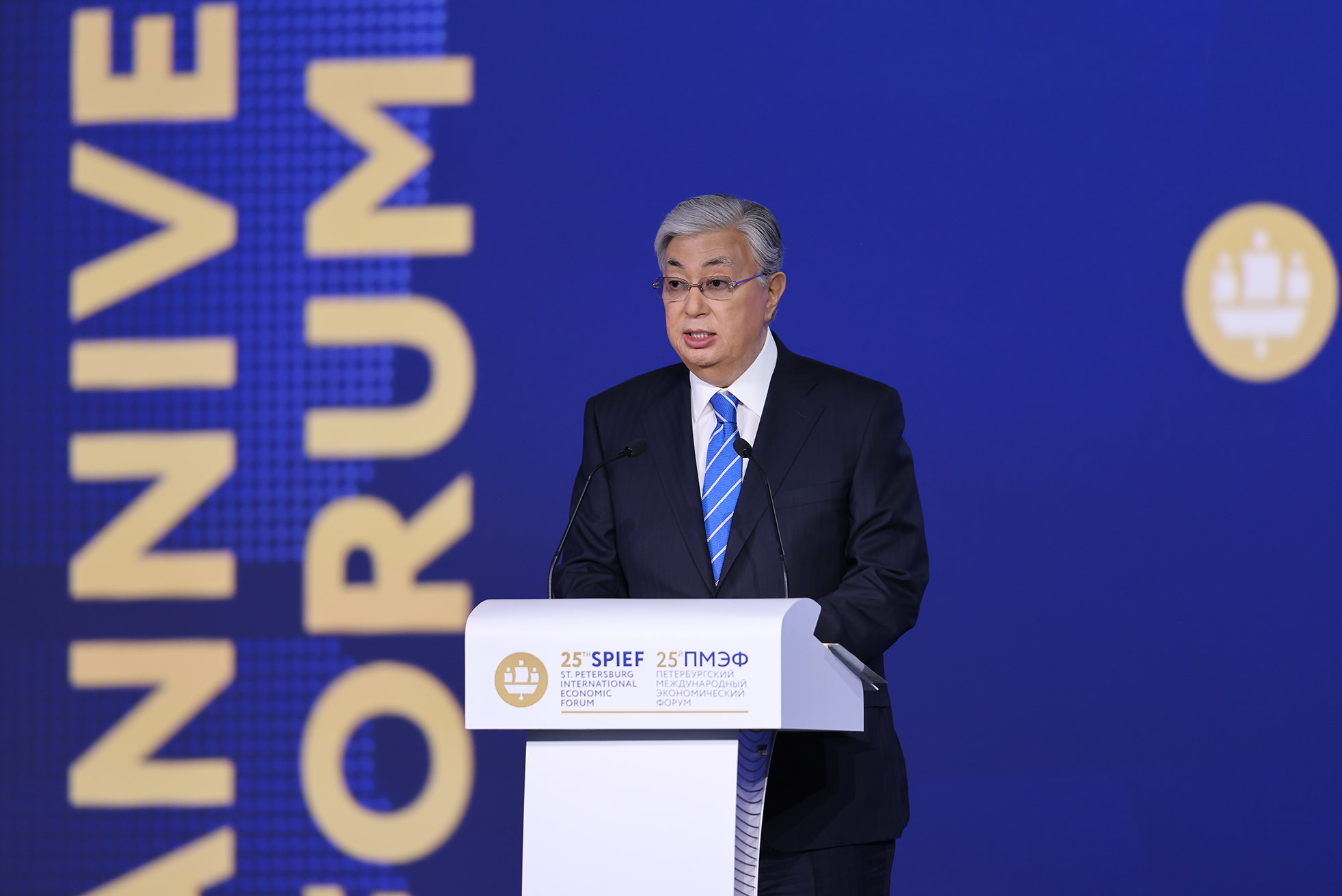 After Tokayev’s words at SPIEF, Deputy Head of the State Duma Committee on CIS Affairs Konstantin Zatulin veiledly threatened Kazakhstan with a Russian invasion. In an interview with Govorit Moskva, he stated that there are regions in the country “with a predominantly Russian population” that have “weak relation” to what “was called Kazakhstan”: “We are everywhere and everywhere, including in relation to Ukraine, We say: if we have friendship, cooperation and partnership, then no territorial issues are raised. And if not, then everything is possible. As in the case of Ukraine.”

But despite the threats voiced by the Russian “patriotic statesmen”, for Kazakhstan today there is no risk of becoming an object of territorial claims from Russia: bogged down in Ukraine, the Kremlin cannot afford another front. But suspending shipment of Kazakh oil in the port of Novorossiyska, Moscow seeks to “show” Nur-Sultan its place, because Kazakhstan is dependent on Russia in many areas. The Kremlin wants even more loyalty from Akorda.

Experts note that despite the fact that there are many sympathizers in Kazakhstan for Ukraine in its war with Russia, there is no increase in anti-Russian sentiment in the country yet. Although, of course, many Kazakhs do not hide their irritation with Moscow, saying that the dismissive attitude towards them remains unchanged since the days of Tsarist Russia. But by and large Kazakhstanbeing a member of the CSTO and the EAEU, is one of the main allies for Russia in the post-Soviet space. And one of the ways to circumvent Western sanctions.

Today many Russians came to Kazakhstanin order to transfer their business to this country and thereby avoid the restrictive measures introduced against Russia. For example, in Russia are discussing the idea of ​​creating a separate exchange in Kazakhstan. Companies need it to attract foreign capital to Russia, and private investors need it to trade foreign securities under sanctions.

However Kazakhstan is afraid to be subject to secondary sanctions due to the violation of restrictive measures against Russia: this may adversely affect investments in the country and its economic situation. And what economic problems can lead to, the January events showed, among other things. That is why Tokayev declares that Kazakhstan will comply with the restrictions imposed on Moscow. In general, how noticed on one of the Russian Telegram channels, “if the situation goes into an inescapable jungle of obligations, Tokayev showed what he is ready for: an alliance with Russia cannot be a priority to the detriment of national interests.”

In Kazakhstan, they traditionally try balance between Russia, China and the West, pursuing a multi-vector policy. But precisely because of the geographical location of Kazakhstan, Moscow and Beijing are the main political and economic partners of Nur-Sultan. Partners, whom he is equally afraid of: China and Russia, which have serious economic and military potential, influence many processes in Kazakhstan.

Beijing and Moscow jealously follow each other’s successes and failures in this Central Asian country. Therefore, in the Kremlin, where they would like to restore the Russian Empire (including at the expense of the Kazakh steppes), they fear that their overly aggressive actions in Kazakhstan will strengthen China’s position in the country. As well as the position of the West.

All this is also taken into account in Nur-Sultan, where Tokayev is trying to modernize the country while maintaining political and economic stability in it, and to build a delicate balance of relations with his nuclear neighbors, while trying not to quarrel with the West. And strengthen your own power.

Poland is ready to become a security guarantor for Ukraine – Duda

Mexican: West hates Russia, like a hundred years ago

Battle for Donbass – the situation in the Lugansk region

Arestovich said that Russia could begin the siege of Slavyansk within a week – news from Ukraine, Politics