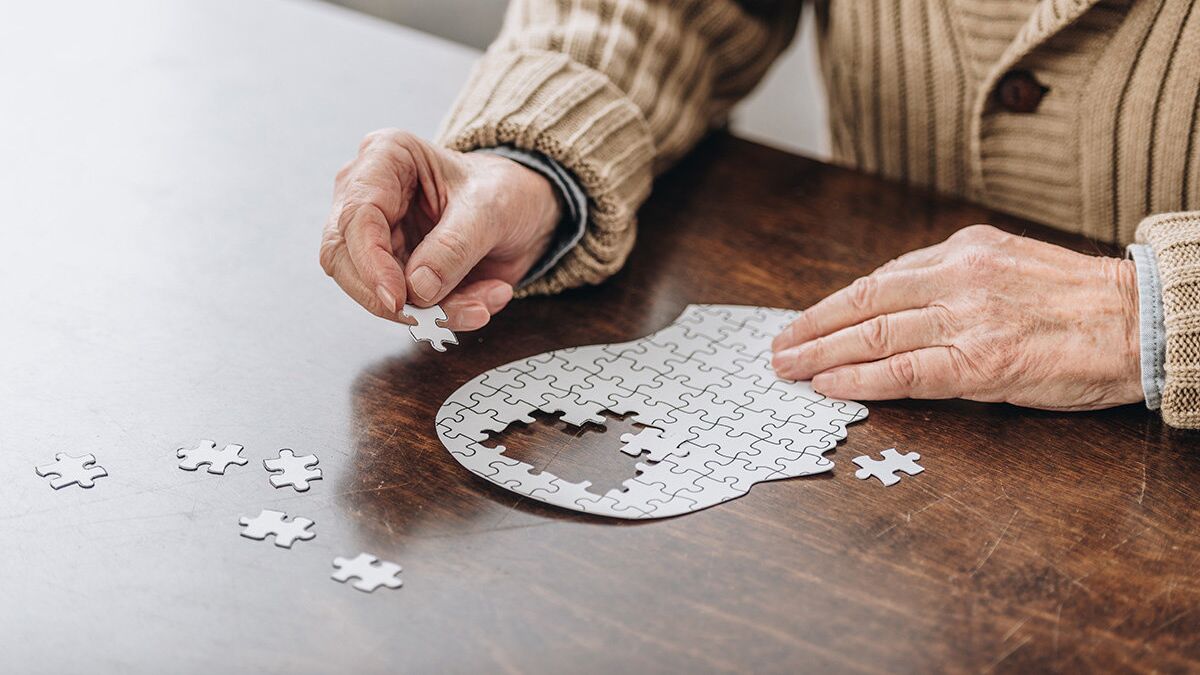 As you age, your risk of developing dementia increases. Forgetfulness and distraction can be the first signs of this disease. A new study suggests that a single sensation may precede memory impairment, one of the main symptoms of Alzheimer’s disease, the most common type of dementia.

Dementia is a term for a range of symptoms associated with brain deterioration, such as memory loss. Many of us are afraid of this: if we forget the name of a person or cannot remember where we put the keys, we get scared, although this may well turn out to be a false alarm. However, in a new study published in the journal Alzheimer’s and Dementia, scientists have identified one clear indicator of Alzheimer’s disease that may precede memory loss, and that is a sense of worsening memory loss.

When people feel that their memory or reasoning ability is deteriorating even though test results don’t confirm it, it’s called “subjective cognitive impairment” (SCI) in medicine.

People with SCI complain of cognitive decline, which is of great concern to them, but which cannot be objectively measured by existing methods, as explained by Professor Frank Jessen of the German Center for Neurodegenerative Diseases and Director of the Department of Psychiatry at the University of Cologne, who took part in this study.

The scientists concluded that SCI is indeed a risk factor, but it cannot be considered an unequivocal harbinger of approaching dementia.

“Many people with VCI do not experience progressive cognitive decline. To more accurately determine the degree of risk in each individual case, it is necessary to take into account other factors,” the authors of the study emphasized. “We were able to identify these factors. the accumulation of certain proteins in the brain cells, then this can be considered a convincing sign of developing Alzheimer’s disease.”

The scientists came to this conclusion based on data from a long-term study called DELCODE, conducted by the German Center for Neurodegenerative Diseases, which includes 10 research sites throughout Germany and collaborates with several university hospitals.

As part of the study over several years, scientists annually recorded in detail the changes in cognitive functions of almost 1,000 older men and women.

This was done through specially designed tests to assess the neuropsychological state of patients.

In addition, the scientists analyzed the cerebrospinal fluid of many of the study participants, as well as MRI studies of their brains.

Professor Jessen and his colleagues then analyzed the data for each patient, collected over a period of up to five years.

The average age of study participants was about 70 years. Initially, participants were recruited from among the patients of specialized memory clinics at university hospitals, as well as through advertisements in newspapers.

The participants included more than 400 people with SCI at the time of enrollment in the study and about 300 people with severe symptoms of cognitive impairment due to Alzheimer’s disease.

In addition, the participants included more than 200 people whose cognitive functions fit within the normal range and who did not have ACI at the time of the study. These “healthy” people became the control group. All in all, this has become one of the largest studies of SKN to date.

The protein beta-amyloid, which accumulates in the brain as Alzheimer’s progresses, has also played an important role in scientists’ research.

In this case, the patient is considered “positive” for this protein.

This status had 83 study participants with SCI and 25 volunteers from the control group.

“Like SCI, accumulation of beta-amyloid is considered a risk factor for Alzheimer’s disease. Considered separately, neither one nor the other indicator in itself is an unambiguous indicator of this disease. However, as our study showed, the picture becomes clearer when these two phenomena meet together and persist over a long period of time,” explained Professor Jessen.

During the course of the study, some participants in the SKN group and the control group had significant cognitive impairment.

This was especially noticeable among participants with SCI who were positive for beta-amyloid at the start of the study. Compared with the control group, the deterioration of cognitive functions in this group was more pronounced.

In the results of MRI studies, scientists also identified differences. In SCI patients who were positive for amyloid-beta at the start of the study, the hippocampus—the area of ​​the brain that is actually the “control room” of memory—was smaller in size than the beta-amyloid-positive controls. A decrease in the volume of the hippocampus is an indicator of atrophy, that is, loss of brain mass.

“If we combine all of these findings, including data from patients who had significant cognitive impairment from the start of the study, it can be concluded that the combination of SCI and beta-amyloid positive status is a clear indicator of early-phase Alzheimer’s disease,” explained Professor Jessen.