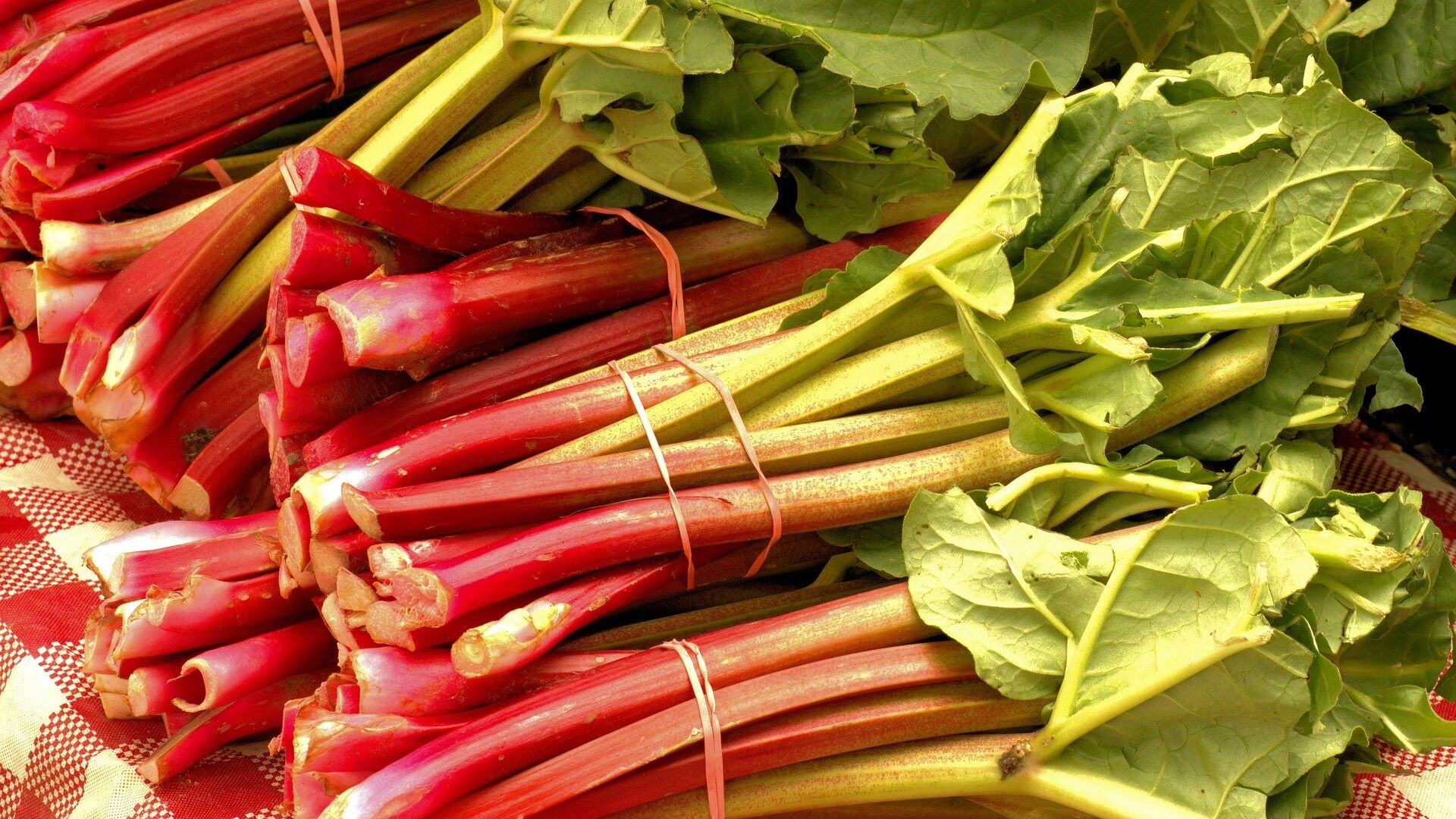 Rhubarb is a large perennial herb. It ripens in May-June, when there are still few fresh vegetables and fruits. Useful properties of rhubarb far exceed its taste.

Rhubarb cannot be called a very popular product. In Europe, he was not known for a long time, but Eastern medicine has always highly appreciated the beneficial properties of rhubarb, for many centuries local doctors called rhubarb “a wonderful yellow root.”

This plant has powerful therapeutic properties due to the presence of anthraglycosides, tannins, vitamins, organic acids in it. Rhubarb is widely used in the manufacture of medicines.

Americans call rhubarb the “pie plant”. Very tasty pies are baked from its juicy stems, jam, jelly, kissels are cooked. It makes delicious and healthy desserts. In the West, there is even beer and wine made from rhubarb.

The energy value of rhubarb is 26 kcal per 100 g of the product. This is not much, however, rhubarb tends to use large amounts of sugar to minimize its sour taste. This can lead to the fact that with a low calorie content of the rhubarb itself, dishes from it will be high in calories.

In folk medicine, rhubarb root is used as a general tonic for anemia, tuberculosis, various disorders of the digestive system and gallbladder diseases.

Rhubarb is widely used in the manufacture of medicines, the drug chrysarobin is obtained from the roots of rhubarb, which is used to treat psoriasis.

One of the main health benefits of rhubarb is its ability to improve digestion. Small doses of the plant have a fixing effect, and a large concentration acts as a laxative.

Rhubarb is a valuable source of vitamin C, which prevents infection with infectious diseases, protects against colds, and keeps the body in good shape.

Rhubarb contains a large amount of vitamin A, which is necessary for the development and growth of bones, for the health of the eyes, skin and mucous membranes.

In terms of iron and magnesium content, rhubarb can even compete with apples. These substances are responsible for healthy sleep and a strong nervous system. Magnesium contributes to muscle building, so the plant is recommended for lovers of strength training.

Thanks to succinic acid, rhubarb is recommended to be taken to eliminate a hangover.

Rhubarb is rich in pectins, they lower cholesterol, bind and remove harmful substances (heavy metal ions, radionuclides and even pesticides). Thanks to pectins, rhubarb can be used to treat obesity (all diseases associated with metabolic disorders), liver and gallbladder.

In some cases, not only rhubarb petioles, but also the roots of the plant are used for treatment. Small doses of tincture of rhubarb rhizomes are prescribed to eliminate diarrhea, bloating, constipation and other diseases of the gastrointestinal tract.

Contraindications to the use of rhubarb

Large doses of rhubarb are contraindicated in patients prone to bleeding in the gastrointestinal tract, with acute inflammatory processes in the kidneys and bladder, in cases of hemorrhoids with possible bleeding, urolithiasis. The plant is not recommended to be included in the diet of patients with diabetes mellitus, cholecystitis, prone to diarrhea, gout, rheumatism and pregnancy.

WHO predicts that cases of monkeypox will continue to appear