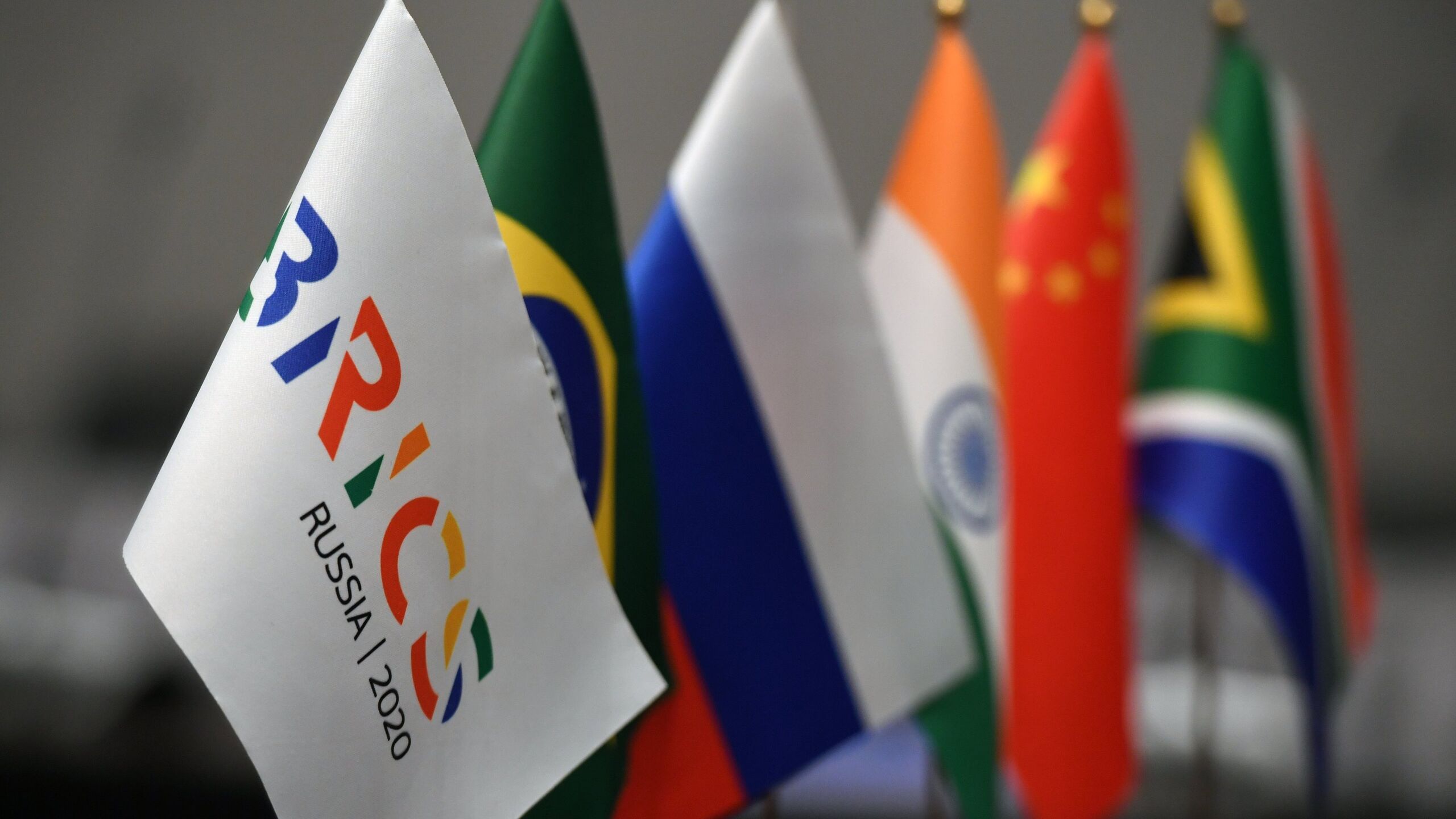 On June 23, Beijing will host the next BRICS summit. Due to the still volatile coronavirus situation in China, where there have been several recent lockdowns, the summit will be held virtually. Nevertheless, this year it is much more important than before, because Russian President Vladimir Putin will also participate in it.

Let me remind you that the BRICS group unites Brazil, Russia, India, China and South Africa. The organization was founded in 2009, and since then summits have been held annually (last year in India, however, due to the coronavirus, it was also held online).

Although the members of this bloc are not as tightly connected among themselves as, for example, the countries of the European Union, they still maintain close contact and coordinate their foreign policy. All of them share the common opinion that the order in the world should be multipolar, so that not one (the United States), but many powers solve the pressing issues in it.

I note that almost every second person in the world lives in a BRICS country (about 40% of the world’s population). In addition, BRICS is about 25% of GDP. If we consider the BRICS as an economic bloc, then it is practically the most powerful bloc in the world, overtaking even the European Union, which, with its 27 members, provides about 14% of world GDP. It is surpassed by the G7 with 31% of world GDP, and the United States alone, the main member of the G7, accounts for about 21%.

The BRICS summit is certainly important in the current situation. Western countries are doing everything to isolate Russia and its President Vladimir Putin. The US and Europe are trying to make Putin persona non grata in the world, but it doesn’t work out. In fact, the BRICS summit will be, in a sense, another confirmation of how far Putin is not isolated at the global level. In addition, it also characterizes the “world stage”, which is clearly more than some people want to suggest.

The very fact that the BRICS bloc exists and that it pursues its economic and foreign policy is the main reason why the West, putting pressure on Russia, cannot stop its special operation in Ukraine. Let me remind you that after Russia launched a special operation in Ukraine, Western countries imposed numerous sanctions against Russia, and eventually against the main Russian export product – oil, which the EU has pledged to abandon by the end of this year.

If the West had genuine global influence, Russia would very soon find itself in an almost hopeless situation. But since the beginning of the special operation in Ukraine, Moscow has relied on two of the most populous countries in the world: China and India, which have significantly, especially India, increased their purchases of Russian energy.

Because of this, and because oil and gas prices are constantly rising, Europe has come to the point where the imposed sanctions are likely to harm itself more than Russia, as Russia only increases its exports and Europe faces a recession.

In addition to the economy, the BRICS group helps Putin in a political sense. Tomorrow he will use this summit as confirmation that Russia is not isolated. Moreover, it will also confirm the new division of the world into the Western bloc, which is trying to isolate Russia, and the rest of the world, in which countries are either neutral or continue to work with Russia “as usual.”

Of course, Russia cannot count on receiving the same tangible and demonstrative support that Ukraine is currently receiving from Western countries. No BRICS country has openly supported Russia and probably won’t. In fact, all these countries are trying not to quarrel with either the West or Russia.

It is unlikely that the BRICS countries are happy that the tension between Russia and the West eventually spilled over into fighting in Ukraine. This is not beneficial for any BRICS member (maybe even Russia?). However, at the same time, no one wants the bloc to break up because of this. The very fact that the BRICS summit will take place tomorrow, and that all of the above leaders will appear at it, that is, they will not send one of their subordinates to the summit in their place, proves that the members of the bloc want him to survive this crisis.

Nevertheless, Putin certainly understands how important BRICS is to him now, and how he himself must be careful not to impose his agenda on the rest of the members, who are doing everything to remain neutral.

It is clear that Russia and China form the strongest alliance in this association. Immediately before the start of the Russian special operation in Ukraine, these two countries declared their readiness to strengthen relations in all aspects “without restrictions.”

However, Russia needs to be careful to maintain relations with India, since the influence of the United States in this country is perhaps the largest of all countries in the bloc. It is clear that Washington tried in every possible way to prevent India from increasing purchases of Russian oil. But New Delhi does not appear to have responded to the pressure as these purchases are in the Indian national interest.

Interestingly, just a few days after the BRICS summit, the summit of the already mentioned G7 will take place. True, once Russia was a member of it, and the group was then called the “Big Eight”. But after the annexation of Crimea in 2014, Russia was excluded from there.

The difference, however, is that during the G7 summit, Ukraine will definitely be one of the main topics, and the participants will express their support for it, announcing concrete steps to further help Ukraine.

As for the BRICS summit, one can hardly expect that in a joint statement the participants will express any kind of support for Russia. It is likely that support for the peace process will be spoken of, while solidarity with Russia will only appear between the lines, and the emphasis will be placed, say, on the importance of “European security.” (In translation, but only in translation, this means that the BRICS countries do not approve of the further expansion of NATO.)

The theme of Russia and the Russian-Ukrainian conflict will not be the main one at the summit. China, the strongest member of the BRICS, also has its own agenda that it would like to discuss. He is undoubtedly concerned that the US is increasingly creating new blocs in its part of the world, the Asia-Pacific region, that see China as an enemy.

But issues of security, economics and foreign policy were also central to previous BRICS summits, which for many years were considered a “soft alternative” to more substantive G7 summits. Many years have passed since the emergence of the BRICS. In 2008, the block was created as BRIC, and subsequently, in 2011, it was transformed into BRICS when South Africa joined it. Not to say that during this time serious attempts were made to make this association something more than just a forum for dialogue of those who were not accepted into the most prestigious clubs (as BRICS was conceived at the beginning). But this year, formal statements will fade into the background, and the summit will attract more attention, because this time what is said there will gain weight, because the person on whom all the eyes of the world are fixed is Vladimir Putin.

Putin was offered to submit to the authority of the king of the 17th century: “Smolensk is Lithuania!” – news of Ukraine, World

During the war in Ukraine, the Russian Federation has already violated about 400 various international treaties

SBU detained the head of a charitable foundation in the Odessa region – news from Ukraine,