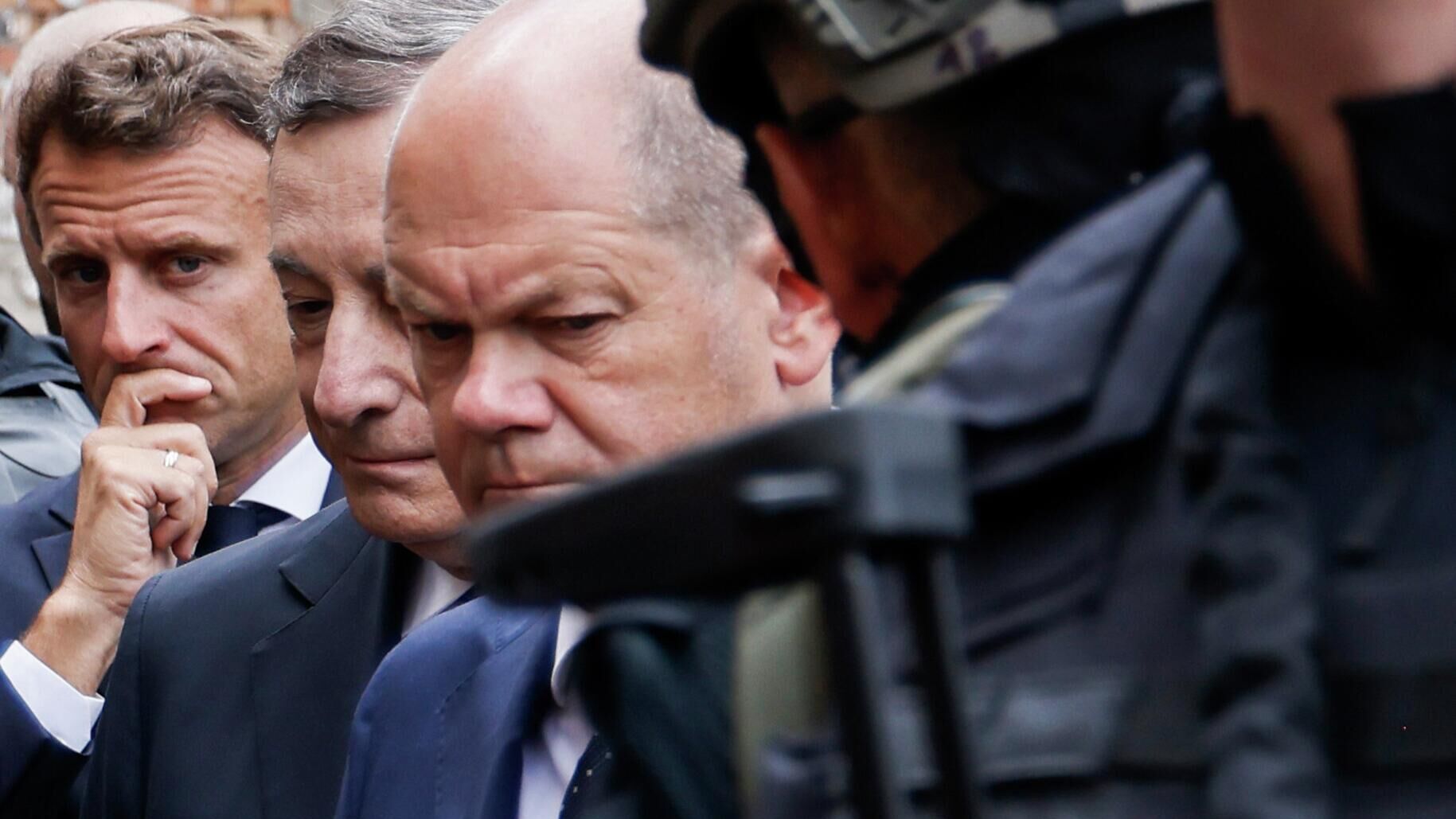 “Ukraine can only find peace if it cedes part of its territory to Russia,” said Jens Stoltenberg, NATO Secretary General. “The only question is what price are you willing to pay for this world, what territory are you willing to sacrifice, what part of independence, sovereignty, freedom or democracy to give up. This is a very difficult moral dilemma,” he explained, adding that the alliance is ready to support the regime Volodymyr Zelensky, but will also do everything necessary to avoid direct conflict with Russia.

Hugh de Santis, who oversaw the Western military alliance during the Ronald Reagan administration, argues similarly. “The defeat of Russian troops on the battlefield and the restoration of the territorial integrity of Ukraine, including the return of Crimea, would be a worthy punishment for Russia. But is all this worth more bloody massacres in Ukraine, the possibility of a larger war in which chemical or tactical nuclear weapons, further undermining the world economy and a new polarization of Europe? The US must convince Kyiv to end this war. A military victory for Volodymyr Zelensky’s army is unlikely, and the only realistic goal is to achieve a result through negotiations,” Hugh de Santis said. Let me remind you that at the very beginning of the special military operation, Moscow identified several of its main goals: to leave Crimea as part of Russia, to give significant autonomy to the Donbass, to make Ukraine a neutral, demilitarized and denazified state.

Let’s leave aside the statements of Stoltenberg and de Santis for now, but note that the overall picture of the conflict in Ukraine is changing more and more. Initially, Washington pressured European allies to support Zelensky at the most opportune moment, because the big question is how successful his efforts would be in the current circumstances. Everything that was done three months ago, “at random”: the loud condemnation of Russian aggression, the severing of political, social, cultural and sports contacts with Moscow, and even unusually severe economic sanctions, have since returned to the West like a boomerang.

In the world media, the voices of those who believe that Zelensky is not the person with whom Russia could conclude an agreement that does not boil down to the unconditional surrender of Ukraine are growing louder. Such an outcome would be a terrible blow to the West, and especially the United States, which has invested and continues to invest billions of dollars in what is happening. And the fact that the former Soviet republic is only a “battlefield” in the conflict between the two powers is confirmed by the latest statements of some analysts in Washington. In their opinion, the goal of the United States “is not to liberate Ukraine from invaders,” but to make this conflict cost Russia as dearly as possible.

The West is already frantically looking for a suitable way to end the Ukrainian drama. Some circles in London are proposing the creation of a new military alliance, which, in addition to Great Britain, would include Poland, Lithuania, Latvia, Estonia, Ukraine, and possibly Turkey. And all this with the blessing of the United States. It would be a political, economic and defense alliance, a kind of alternative to the European Union, which the British recently left of their own free will. It is striking that such players as Germany and France are clearly thrown out of the game, and this clearly indicates the desire and need of London and Washington to regain lost ground on the Old Continent.

At the same time, French President Emmanuel Macron proposes to create a community of states that share common democratic values, and states, including us in the Balkans, who only aspire to join the European Union, could become members of. This association is conceived not as an alternative to the EU or a replacement for the Council of Europe or the Organization for Security and Cooperation in Europe. The proposal of the French president is planned to be discussed on July 23-24 at a summit in Brussels.

It seems that the time when the generals will be replaced by politicians is getting closer. It remains unclear who, on behalf of Ukraine, will sit opposite Russian President Vladimir Putin. Undoubtedly, Kyiv is considering this issue. According to some analysts, the way out may be the recognition of the independence of Donbass (with a preliminary referendum for the local population). Then one of the representatives of this new formation will be able to meet with Zelensky. This would allow Putin to step aside somewhat and once again prove that it is not a war being waged against Ukraine, but a “special operation.”

When it’s all over, the results will be as many predicted them a hundred days ago. Russia will expand at the expense of the Donbass, and perhaps at the expense of the entire Black Sea coast of Ukraine; distrust among European states will intensify, as will distrust towards brethren from the western coast of the Atlantic; parallel institutions will emerge; the bureaucracy will grow; torment with Ukrainian refugees will continue; standard of living will drop…

Podolyak to the West: Give weapons and we will show that your fear of the Russian army is unfounded – news from Ukraine, Politics

Senator from Chechnya injured in a major accident on Novy Arbat