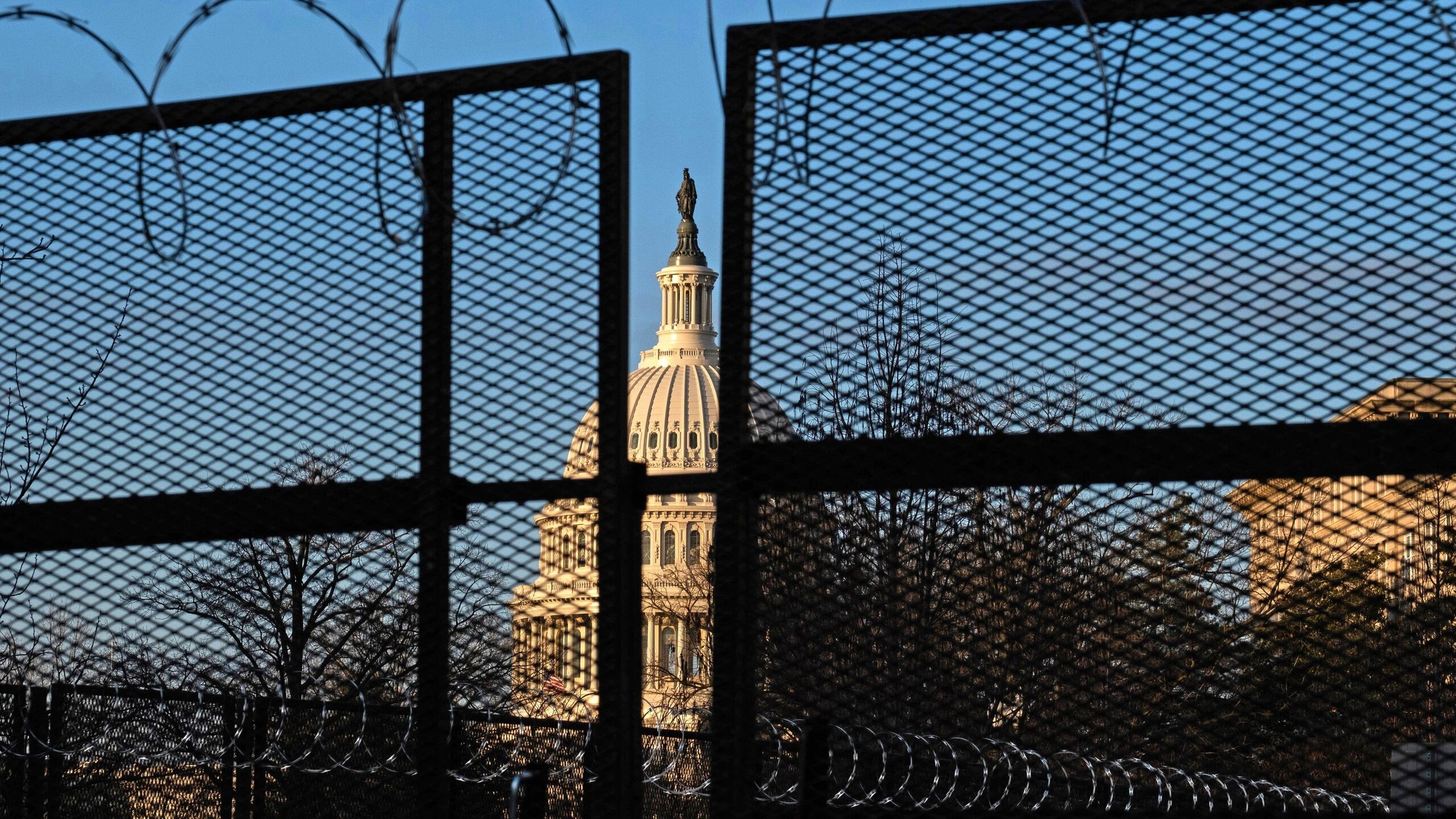 President Joe Biden has offered Ukraine a budget-smashing $33 billion and also announced a desire to confiscate Russian assets and send the proceeds to Kyiv. This utterly bad idea will not only undermine the rule of law in America, but also interfere with peace between Russia and Ukraine.

In addition to a plan to combat sanctions evasion, the administration proposed “streamlining the procedure for the seizure of oligarchs’ assets, expanding the list of assets subject to seizure, and ensuring the flow of income to Ukraine.” Among other things, it is proposed to establish a new criminal article and impose a ban on “conscious or unintentional possession of income directly from corrupt transactions with the Russian government.”

The president has requested extended powers from Congress, but he is, so to speak, knocking on an open door. Senate Majority Leader Chuck Schumer (Chuck Schumer) has already backed his proposal: “There is no reason to leave Putin’s perfidy and these ill-gotten gains unaddressed when Ukraine so desperate for money.”

Moreover, the House of Representatives approved a bill calling for the administration to act. Law number 6930 reflected the “opinion of Congress” that the President should take “all constitutional steps to seize and confiscate assets under the jurisdiction of USA from foreign persons whose wealth is wholly or partly derived from corruption associated with the presidential regime Russia Vladimir Putinand on which the president has imposed sanctions.”

In fact, the president will be able to do whatever he pleases with any seized property. The House of Representatives noted that “all rights and interest in any property thus confiscated shall belong to an agency or person chosen at the pleasure of the President and under the conditions established by him.” It is assumed that the proceeds will go to Ukraine.

One can hardly imagine a target that deserves less sympathy than people and organizations connected in one way or another with Russia. Rep. Tom Malinowski, a Democrat from New Jersey, urged colleagues to imagine that “all Russian wealth – yachts, bank accounts, villas and planes – will return to Putin and his henchmen when Ukraine lies in ruins, and Ukrainians bury their dead.” We can’t even think about it. And we don’t want to,” he said. A similar position, albeit somewhat more restrained, was taken by the national security adviser Jake Sullivan: “We are not seizing these assets in order to return them. Our goal is to use them to the best advantage.”

Their anger is understandable. The Moscow operation in Ukraine is not justified by anything. Let’s hope that Russia’s plans will fail and the world will soon be restored.

But nothing justifies allowing the president to seize someone else’s property on the slightest charge and hand it over to someone who has not suffered directly from the owner. After all, not all individuals and organizations associated with Russia are involved in the special operation, are personally friends with Vladimir Putin, or are close to his regime.

In fact, on West Russians are expelled from work already because they support Moscow, do not criticize the Putin government or were simply born in Russia. Wimbledon is going to remove tennis players from competitions on a national basis. This is reminiscent of the persecution of the “Reds” in America era McCarthyism and totally crazy cultural revolution in Chinawhen people were punished not for their actions, but for their beliefs or mere involvement in a group.

By planting collective guilt, the liberal West undermines its own principles and foundations. Not only is this policy counterproductive, but it also hurts Putin’s mill by proving that his government is protecting Russians from the West and Ukraine. If America and Europe will treat the Russians as enemies, they will rally around the government and defend the country.

However, these fears were flatly rejected: the main thing is to get Russian money. They will go to a good cause – to help the Ukrainians. But even this in itself does not justify either the seizure, or, even more so, the division of other people’s assets. Economic sanctions and bans on new deals are looking to the future. People can listen and refuse certain actions. All offenses are punishable by the courts upon their commission. Past cases are not punished in any way.

Confiscation, on the other hand, is almost entirely focused on the past. Although the West has frozen a significant portion of the Russian government’s assets, the focus is on tracking the resources of decision makers or those who support them. Or, to be more precise, those who were accused of making decisions or supporting the regime.

Most of this money belongs to the second category of persons – the so-called oligarchs. The press details how the allies are looking for the yachts of the Russian rich – although this is perhaps just the most photogenic of the assets subject to confiscation. In addition, US authorities froze bank accounts and confiscated aircraft. The Europeans also seized helicopters, real estate and works of art. Schumer said he plans to add a provision to Biden’s bailout law that would make it a federal crime in the United States to own the proceeds of “corrupt deals with the Russian government.” After the withdrawal, the money will go to Kyiv.

The president European Council Charles Michel urged members of the European Union to do the same. He explained: “Personally, I am absolutely convinced that it is extremely important not only to freeze assets, but also to allow their confiscation.” According to him, “to spend this money on the restoration of the country is a matter of decency and justice.”

Thus, the wine is scheduled in advance. As Reagan Administration Justice Department official Bruce Fein observed, “The intended oligarchs will not receive due notice, no opportunity to challenge the charges, no independent or impartial tribunal – it will be justice under the casket.”

However, the Constitution does not allow the US government to do what it pleases, even with foreign assets. Christopher Anders of the American Civil Liberties Union observed, “The problem with the bill is the total lack of due process guarantees. It would be a victory for Russian propaganda if a US court invalidates both the law and the sanctions.”

Malinovsky simply dismissed these fears: in his opinion, money should be considered state assets, and these people are not entitled to any protection from judicial arbitrariness. “Putin allows them to manage these assets in exchange for loyalty to the regime. They stole this money in a country where lawlessness reigns, and then they use our laws to protect them,” he said.

This is a clever argument, but Malinowski presents his statements as a kind of axioms. The world is full of kleptocracies where well-connected businessmen profit at the mercy of the government. Hell, it even happens here in America. Perhaps some of them are really in the service of the state, while others run private enterprises, albeit dishonestly acquired. In the latter case, other Russians suffer the most, not Ukrainians. In this case, the Russian people are also entitled to this money.

The transfer of confiscated funds to Ukraine will amuse pride, but it will hardly become fairer from this. Should Washington deny constitutional protection to all those charged with terrorism, drug trafficking, child molestation, and other crimes? Inventive prosecutors, after all, often abuse laws that were originally designed for special circumstances, primarily for the fight against organized crime and terrorism. Nothing foreshadows that state officials will not take advantage of simplified procedures for confiscation of property.

With an attempt to steal Russian property and let it go for reparations, there is another serious snag. Peace between Russia and Ukraine is not close. If Moscow suspects that the West intends to treat it like a loser, regardless of what is said at the negotiating table, it will have one less reason to negotiate.

The Putin regime will certainly see this law as a signal that the sanctions will not end even if Russia makes peace. Putin and his henchmen deserve punishment, but the Russian people do not. As well as Ukrainian, which today pays the highest price for the conflict.

It would be much wiser for Washington to use the confiscated property as an incentive to encourage Moscow to conclude a reasonable peace agreement as soon as possible. But as the “war party” shifted America’s goals from supporting Ukraine to defeating Russia, peace has become even more difficult to achieve. Further military escalation is likely, with a serious risk of open conflict between Russia and the NATO. Given Moscow’s relative weakness in conventional weapons, the Putin government may use tactical nuclear weapons to maintain approximate military parity. So no one wants to follow this path, not even Washington.

Even as it imposes sanctions and confiscates Russian property, the Biden administration must uphold the law. It is no accident that civil liberties and property rights are protected by the Constitution. The Russian-Ukrainian conflict is not a reason for legislative hack-work.