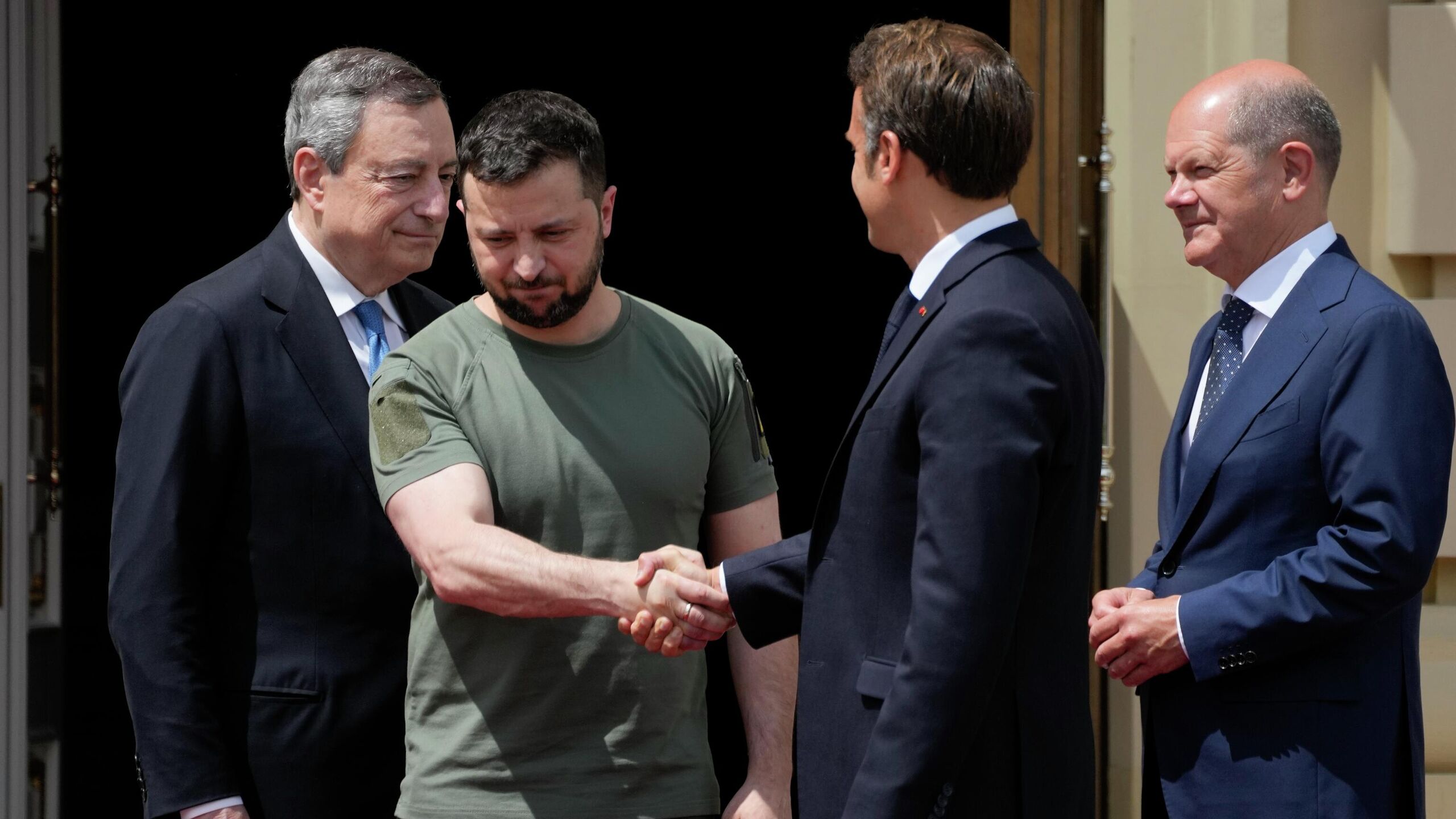 On Friday, June 24, the European Union will officially include Ukraine in the list of countries applying for membership in the bloc. But if we digress from the rants and try to look a little deeper, it becomes clear that this is not at all such a landmark event as Brussels is trying to present it.

First, this gesture is still purely symbolic. The official list of candidates for EU membership can be compared to a waiting list for joining a trendy London club. It may be flattering to be included in this list, but it does not guarantee a quick decision and does not exclude the possibility of new problems when it finally comes to your name.

Albania, North Macedonia, Montenegro, Serbia and Turkey are currently on the list of candidates. All of them are quite respectable countries, but one should not flatter oneself too much about their imminent entry into the European Union. The formal inclusion of Ukraine in this list looks more like a PR maneuver on the part of Brussels, which really wants to demonstrate support for some good undertaking, but not take on any serious obligations.

Secondly, if you think that all this indicates some kind of EU solidarity in its support for Ukraine, think again, because it is not. European unity on this issue is almost entirely superficial, and in practice it is expressed only in such non-controversial gestures as condemning Russia’s actions, contrasting them with European democratic values, and saying “glory to Ukraine” from a safe distance. Whatever the attitude of states such as Poland and Lithuania to what is happening, last week a European think tank found out that the vast majority of residents of many European countries, primarily Germany and Italy, as well as France and Sweden, prefer “peace”, not “fairness”. In short, their position is to stand on the sidelines while Ukraine negotiates on its own with Vladimir Putin.

There is no unity within the European Union on the issue of Kyiv joining the ranks of the bloc. Bulgaria, the Czech Republic, Slovakia, Poland, the Baltic countries and Slovenia are openly calling not only to accept Ukraine, but also to speed up this process as much as possible. And Hungary supports them. This is a real curse for Brussels, and this will not happen.

Meanwhile, while Portugal, the Netherlands and Denmark have agreed to put Kyiv on the list of candidates, they are reportedly not at all eager to actually accept it into the ranks of the European Union – at least in the near future. Finland emphasized the need to carry out large-scale reforms before the possibility of Ukraine’s membership in the EU can be considered. And Belgian Prime Minister Alexander de Croo said Kyiv’s entry into the bloc “will not happen tomorrow. It will take a long time.” And unity.

Since the admission of new members requires unanimous consent, it is not surprising that the President of the European Commission, Ursula von der Leyen, limited herself to saying that in the future any decision should be made deliberately and in strict accordance with established rules, although at first she gladly welcomed the decision to put Ukraine on the list expectations.

The lack of enthusiasm on the part of EU members is probably confusing, but it is understandable. These countries finance the functioning of the European Union for the most part. If Ukraine joins its ranks, most likely, its membership will be an additional financial burden on the shoulders of EU members for many years. It’s not just about the conflict, which will leave deep wounds in Ukraine, even if it ultimately wins. Even before it all started, Poland and Hungary, with a GDP per capita of just over $15,000, were the main recipients of EU funds to support the region. In Ukraine, GDP per capita was 3.7 thousand dollars. You can calculate the costs yourself.

Western Europeans, for whom the rule of Brussels and the laws of the European Union have already become second nature, see perfectly well that Poland and Hungary are the most active in supporting Ukraine’s membership in the EU. It is these two countries that most aggressively promote their own national interests and resist any attempts by the bloc’s leadership to interfere in their “internal affairs” (I remind you that Hungary recently vetoed plans for the introduction of minimum taxes developed by the European Union, and Poland continues to oppose what it considers unreasonable interference to its judiciary). Western European countries believe – almost certainly justifiably – that in the future Ukraine will take the side of precisely these EU members. Once the conflict is over, it will hardly be possible to hope that Kyiv, having repelled the attack of a neighboring country, will meekly agree to put up with the dictates of Brussels and the European court that supports centralism.

Brussels will share these concerns. Last week, the EU’s main bodies finally presented their response to the Conference on the Future of Europe, after consultations that lasted more than a year. Their point of view is clear: they want to give Brussels even more power. They proposed making it so that almost all decisions could be taken by a qualified majority – that is, in fact, depriving individual countries of the right to make their own decisions.

Brussels, which is already trying to gently rein in Budapest and Warsaw and is drawing up plans to severely curb the aspirations of member states in the future, does not want to accept another potentially problematic country into its ranks, since its 40 million embittered citizens are likely to actively resist any similar decisions. And this, in turn, will only exacerbate the impact of centrifugal forces within the European Union.

When Friday hits, Kyiv will, of course, officially celebrate the EU’s decision to put Ukraine on the list of candidates. But President Volodymyr Zelensky is not stupid. I believe he will understand that, regardless of the rhetoric of the representatives of the European Union, his country, most likely, will not receive anything but words. As for its formal entry into the bloc, the future will tell. You will probably have to wait a long time. Zelensky should put this issue aside for a while and concentrate on more pressing problems, in solving which the EU, frankly, is a poor helper.

“The Power of Shadows”, “Stand Up”, “It’s Not a River”… Our Reading Choices

Mexican biochemist convicted in US of spying for Russia

Biden: US will not supply missiles to Ukraine for strikes on Russia