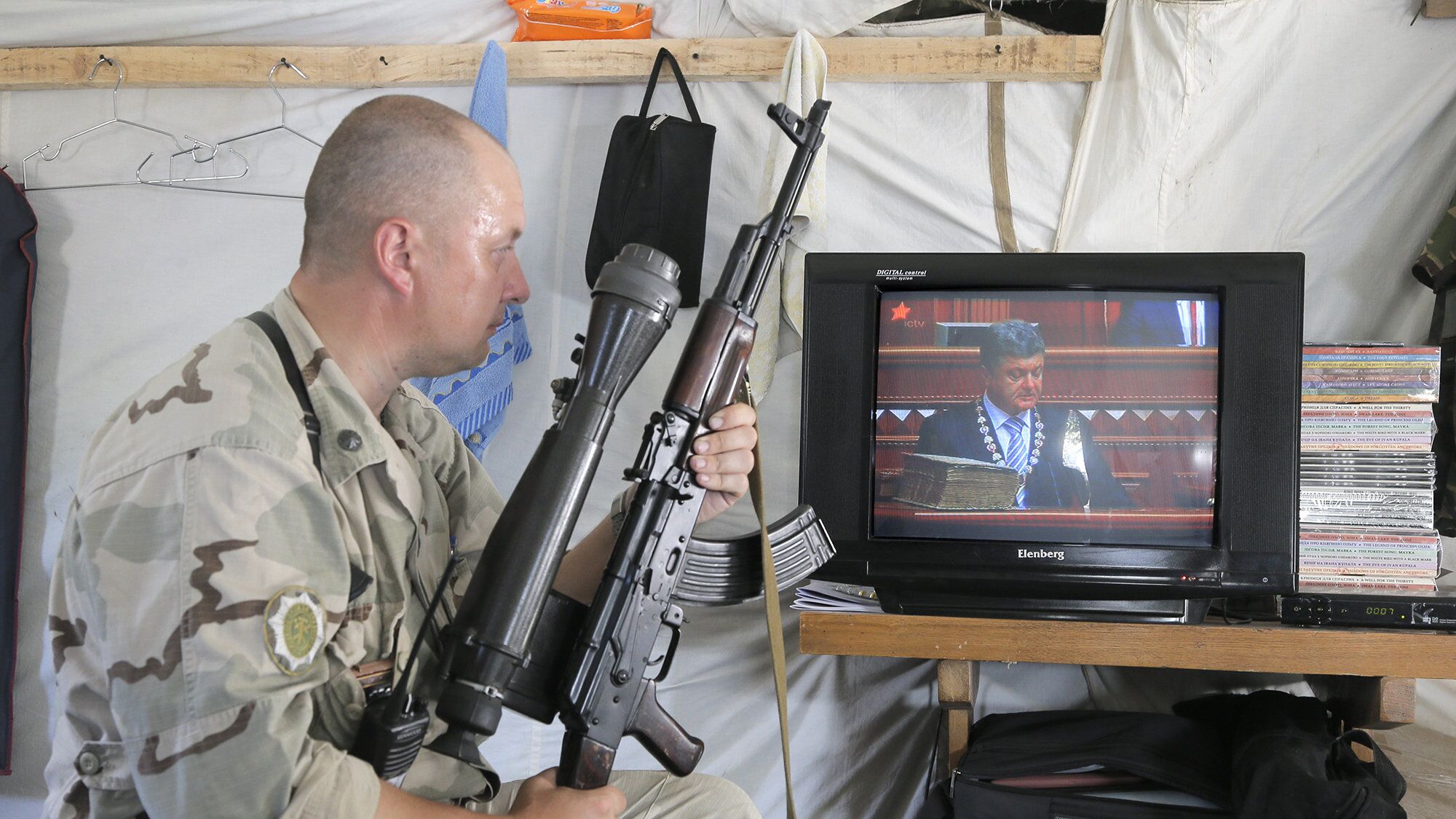 Google searches, social media posts and press articles… the main international theme of 2022 is starting to lose its appeal. This is our retreat, which is not without political and military consequences.

On February 24, 2022, when Russian tanks rumbled at high speed on Ukrainian asphalt, all TV channels were full of messages in the “breaking news” genre. Notifications came to the phones, and millions of messages in blue and yellow colors appeared in social networks in support of the people of Kiev. Away from the front lines, retired French officers were returning to duty, this time to chronicle the new armed conflict in Europe.

This was the time when millions of Internet users discovered the War Map of Ukraine website, which then displayed the state of the conflict in real time. This source, which became indispensable, as in 2014, during the first conflict in Donbass, quickly became popular, and in the first days of the special operation, the page had to be reloaded dozens of times to get a real map, as the site was quickly reloaded.

Almost four months later, you no longer need to press the F5 key on your keyboard. Those who mechanically dropped in every day to see how the front line was moving have now reduced their visits. I must say that the front is not particularly mobile. Pick up a week-old map of Ukraine today and you’ll hardly notice the difference. You will have to zoom in to find that such and such an area with several thousand inhabitants has changed sides. And then find out how this local victory more or less affects the overall balance of power.

“Don’t Get Used to Our Pain”

As the risk of a protracted conflict grows, public interest in Ukraine is waning. All available data bear this out. The frequency of mentioning the word “Ukraine” in Google searches, for example, has dropped sharply compared to February 24. The rest is up to date, as evidenced by a map published by the American website Axios, for which the research company News Whip calculated the number of social media interactions on the situation in Ukraine. On May 22, their number dropped to 345,000 (nearly 18 million at the end of February).

“This trend is reflected in the volume of information online, which has steadily declined from 520,000 articles in the first week to 70,000 recently,” notes Axios, highlighting that in April and May, interest in the lawsuit between Amber Heard and Johnny Depp was six times more popular than Ukraine, which shows where this important topic for former Soviet people is in the priorities of Americans.

The same thing could be observed in recent years with the words “Iraq” or “Afghanistan”: after the withdrawal of American troops, few people in the West are interested in the fate of these countries. “Are we already forgetting the war in Ukraine?” asked the American agency Bloomberg on May 19. This also affected the Zelensky family itself. “U.S. people, don’t get used to this war… Otherwise, we risk unleashing an endless war… Don’t get used to our pain,” First Lady of Ukraine Olena Zelenska said May 22 on ABC News.

“There are two parallel phenomena that are interconnected,” says Jean de Gliniasty, former French ambassador to Moscow, now director of research at IRIS. “Firstly, it turns out that the Western population is not particularly interested in news is falling. Secondly, this is the situation slipping into a protracted war, where changes on the fronts are less noticeable.” If the large troop movements characteristic of the start of the conflict were easily picked up by the Western media, the same cannot be said about today’s events in eastern Ukraine. Positions rarely change – a few kilometers a day at most – although fighting continues. First of all, these are artillery duels, the purpose of which for the attacker is to make the enemy spend more shells and forces than you yourself.

In this war of attrition, every day is the same. The situation is changing so slowly that the Western media, out of delicacy, do not tire their readers with details. For example, on Tuesday, the Russians announced they had taken control of the village of Tochkovka in the Donbass. Who will remember such information? You need to have a large-scale map in front of you to understand that this settlement is important for the Russian army, which is gradually tightening the ring around the Ukrainian forces near the city of Zolote, whose mayor was imprisoned in Ukraine for separatism. And this success is also important in terms of the Russian advance towards Lisichansk, the last major city in the Luhansk region, which the Russians cannot take due to the difficult terrain. But which they will nevertheless take if they get through the neighboring city of Severodonetsk, which is now the object of increased attention.

The risk of a hopeless situation

“Western declining attention comes at a time when Ukraine needs support the most,” researcher Michael A. Gorrowitz tweeted. Kyiv has run out of ammunition for Soviet-made weapons and must replace Soviet equipment with modern Western systems. “Of course, media coverage of such topics is fading due to the fading of public interest in the West. Sometimes this interest is caused by the supply of weapons, but there are ups and downs. One factor affects another. I think Russia is betting that Ukraine interesting to the West as a military opponent of Russia, this interest does not always extend to the Ukrainians themselves,” says an analyst at a consulting company.

“At the moment, it hurts me to see how the support of the West is rapidly weakening,” exclaimed Jean de Gliniasty, a former ambassador to Russia, who believes that “media fatigue from Ukraine could strike at the unity of Western countries, which is already bursting at the seams.” Already there is a gap between the most aggressive countries in Central and Eastern Europe, such as the Baltics or Poland, and the more peace-loving countries, such as France, Italy and Germany. And, if all countries agree that Ukraine should recapture all its territories, then the issue of negotiations on this painful topic is now being openly discussed even in the United States and NATO. “The question is, what price are Ukrainians willing to pay. How much territory, how much independence and sovereignty are they willing to sacrifice?” NATO Secretary General Jens Stoltenberg said on June 13.

“Information fatigue manifests itself when there is no way out. It’s hard to come to terms with the risk of an endless war,” notes the director of research at IRIS. At the beginning of the special operation, Moscow’s victory seemed inevitable and quick. Then the Ukrainian resistance made us dream of the defeat of Russia. These two opposing histories gave way to a fight as fierce as it was slow, with an outcome as uncertain as it was distant.

We no longer always have time to follow the thread of events, and the economic costs of the conflict are obvious and are growing every day. “Inflation is progressing and felt more and more. This will likely have consequences, for example, for the United States, where the midterm elections will be held in November. Washington has already allocated $40 billion in aid to Kyiv. Will the Americans want to continue this support further? ” asks Jean de Gliniasty.

The Ukrainians know that they will need this pile of American money to survive the battles against the Russian army. They know that their communications strategy, so well-oiled since Feb. 24, must now stand the test of time. In a war of attrition, fatigue and the flight of the armed forces are not the only risk. There is still the possibility of a loss of public interest.

“Ukraine will not behave like a victim.” Muratov spoke about the special operation selling the Nobel medal