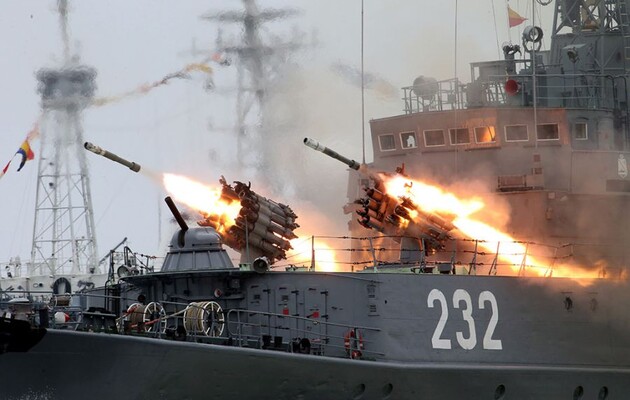 In the northwestern part of the Black Sea there is a submarine and four large landing Russian ship. The situation in the water area following the results of June 20 is reported on the page of the Operational Command “South” in Facebook.

“The enemy ship grouping in the northwestern part of the Black Sea currently consists of five ships, one submarine and four airborne troops. The rest of the fleets, despite the panicky stuffing of enemy propaganda, are at their bases,” the message says.

The threat of a missile strike remains relevant, as is an attempted landing.

Recall Ukrainian military attacked on drilling platforms in the Black Sea. They were captured during the occupation of Crimea in 2014.

Liverpool 0:1 Real. Lunin won the Champions League, tied the flag of Ukraine on the cup – photo – news of Ukraine, Politics

Kafirs are afraid to cross the Seversky Donets – Gaidai

USA vs China: whose hypersonic missile is more effective?