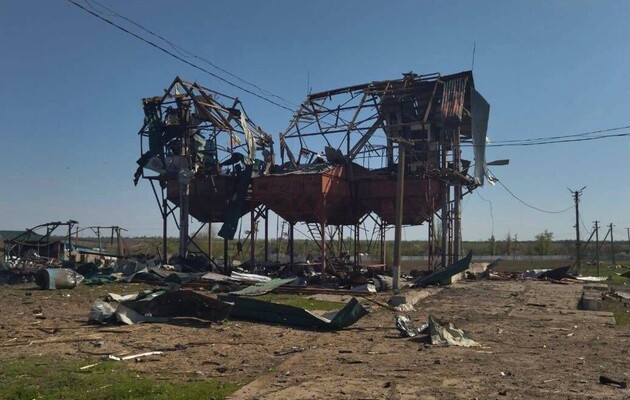 Late last night Russian occupiers shelled two villages in the Kryvyi Rih region, informed Head of the Dnepropetrovsk Regional Council Nikolay Lukashuk. Fortunately, no one was injured as a result of enemy shelling.

“Late yesterday evening, the enemy fired on the outskirts of the village of Maryanskoe, in the Krivoy Rog region on the border with the Kherson region. People were not hurt, an enemy shell fell into the field and interrupted the power line. The village was partially left without electricity, but today everything must be restored. As a result of the shelling, deadwood caught fire, the fire was quickly extinguished,” Lukashuk said.

In addition, the invaders hit Velikaya Kostroma. Russian killers did not get into residential buildings, no one was injured.

In all other districts of the region the situation is stable. The night in the masses passed quietly.

Read also: A day in the Dnipropetrovsk region: the invaders fired on Velyka Kostroma, and rescuers continue to put out the fire at the oil depot

Recall that on June 18, Russian troops made another rocket fire on the territory of the Dnepropetrovsk region. This time, the invaders got into the oil depot in the Novomoskovsk region. As a result of the impact, a strong fire broke out, later at the oil depot fuel tank exploded. As a result three people died11 others were injured.

Natives of the Kurdish YPG in Ukraine: terrorists or heroes

Scandinavians are in NATO. And Georgia will be left out