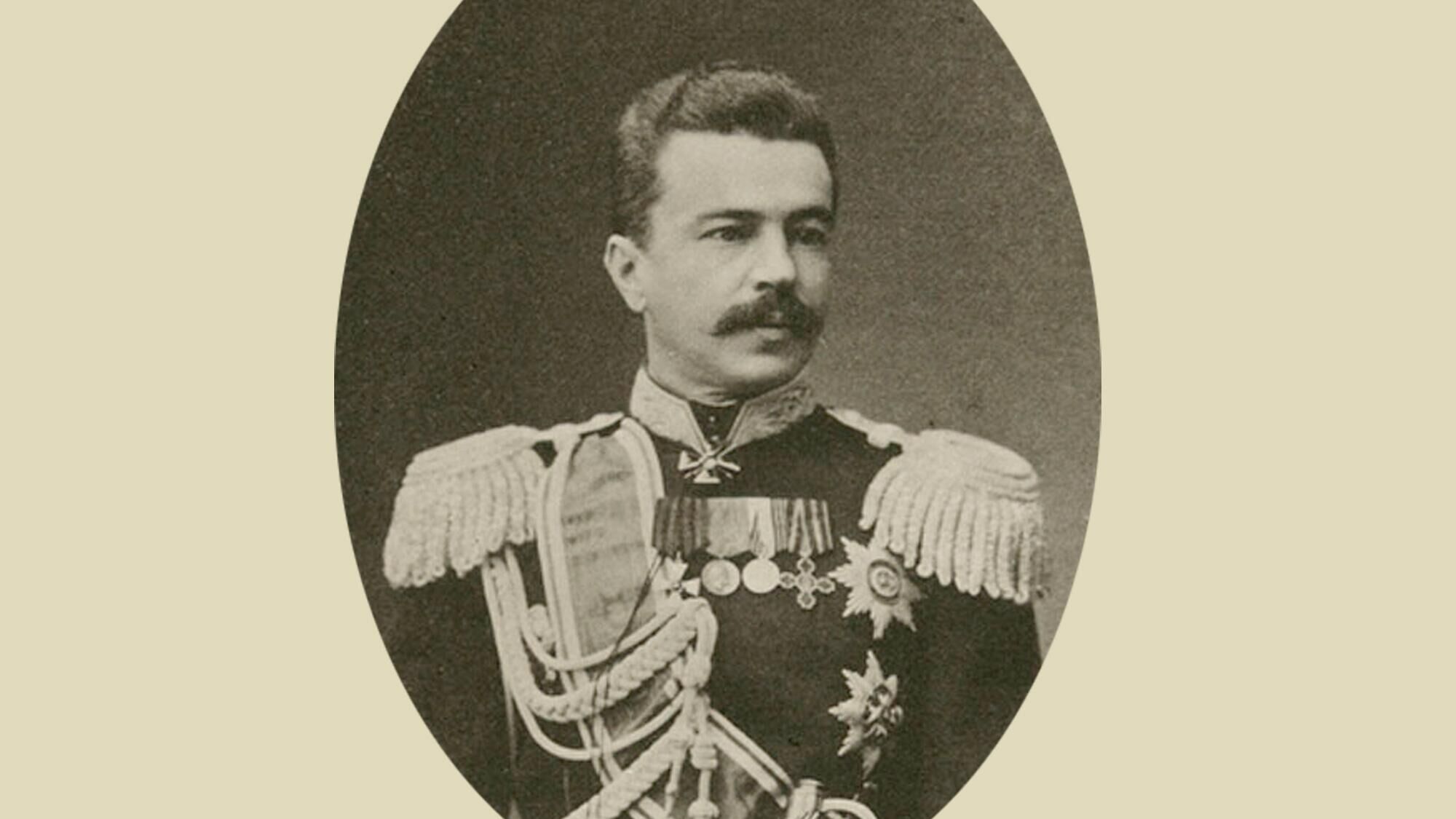 On June 23, 1882, Prince Alexander Battenberg appointed a provisional government for the Principality of Bulgaria, headed by Russian General Leonid Sobolev.

Leonid Sobolev took part in the Russian-Turkish war of 1877-1878, participated in the battles of Plevna, the defense of Shipka and in the winter crossing of Russian troops through the Balkans. He was awarded the Order of St. George IV degree. He was in charge of the office of Prince Cherkassky, head of the civil administration of the liberated Bulgarian lands. He rose to the rank of Major General (1880).

After the introduction of the “regime of powers” on July 1, 1881, Prime Minister General Ernroth resigned and dissolved the government. Until the middle of 1882, there was no prime minister in Bulgaria, and Prince Alexander Battenberg (1879-1886) himself exercised the functions of executive power. When the liberals made a broad public protest against his sole rule, the prince turned to Russia and the Russian generals for help.

On June 23 (July 5, old style), 1882, the prince appointed General Leonid Sobolev as prime minister, and Alexander Kaulbars took over as defense minister. The Russian emperor sent them to strengthen the one-man regime of Battenberg. General Sobolev also served as Minister of the Interior.

The government of General Sobolev supported the prince and his regime. It restored the activities of the People’s Assembly and removed censorship from the press, maintained good relations with Russia and protected its political and economic interests.

A new law on elections was adopted – a property and educational qualification was introduced. Officials were deprived of the right to be elected to the People’s Assembly, the number of deputies was reduced, and their term of office was increased to 6 years.

The Conservatives won the elections to the National Assembly on December 10, 1882. A number of laws on the structure of the state were adopted: the law on the territorial-administrative structure, the law on officials, the law on the replacement of tithes, and others.

Over time, relations between the generals and the conservatives become aggravated – and all because of the railways: the generals insisted on the construction of the Danube line connecting Bulgaria with Russia, and the conservatives – on the Tsaribrod – Vakarel section, which was supposed to connect the country with Western Europe. As a result, the conservatives left the government, and the generals appointed liberals in their place. The prince’s position became precarious, so he again turned to Russia for help, demanding the return of General Ernrot. However, now Battenberg became inconvenient for the Russian government, so in order to support Generals Sobolev and Kaulbars, they sent the diplomat Yonin to Bulgaria.

At the same time, Turkey and Greece initiate an international case against Bulgaria in relation to vaqfs (former Turkish farms donated to charity). A movement is rising in the country for the restoration of the Tyrnovo Constitution, which forces Prince Battenberg to restore it on September 6, 1883, and to dissolve the government of General Sobolev.

On September 7 (September 19, old style), 1883, Dragan Tsankov was appointed prime minister, who formed a coalition cabinet with the participation of liberals and conservatives. Due to disagreement with the policy of the prince and the conservatives, General Sobolev resigned and returned to Russia.

At home, Sobolev continued to serve in the army as commander of the 1st Infantry Brigade of the XXXVII Infantry Division and Chief of Staff of the Moscow Military District. In 1886 he published his historical work “On the Modern History of Bulgaria”, and in 1904-1905 he participated in the Russo-Japanese War as commander of the 6th Army Corps.

Hungary responded to Elena Zerkal about the Druzhba oil pipeline

The Crimean diocese of the UOC-MP did not recognize the decision of the council and remained subordinate to Moscow – news from Ukraine, Politics

Putin does not plan official meetings with foreign businessmen at SPIEF

Scientists reveal how much sleep you really need