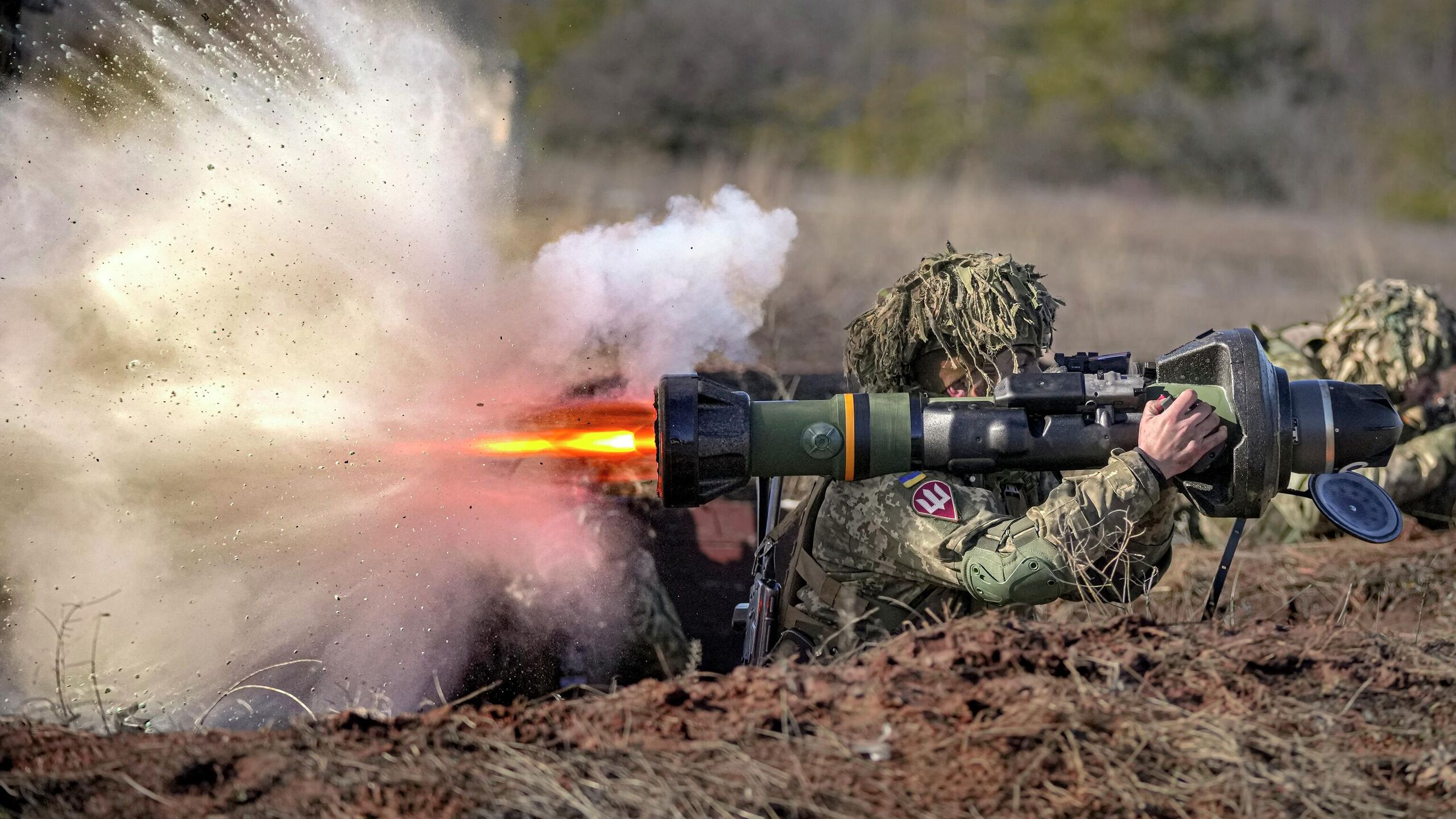 How far will the consequences of the Ukrainian crisis go?

With the continuation of the conflict on the territory of Ukraine, the scale and volume of the economic consequences of this military conflict also continue to grow: as an example, we can mention publications in the media of East Asian states that report on the enormous damage suffered by Japanese companies as a result of anti-Russian sanctions. The same can be said for the many millions of Britons who are unable to heat their homes as a result of massive increases in fuel costs.

The other day, the German television and radio channel Deutsche Welle published a message stating that Scott Berrier, head of the US Defense Intelligence Agency (DIA), reported on the “stalemate” that has long prevailed in the course of events in Ukraine: according to him, the Russians they cannot win there, but the Ukrainians “have not yet suffered a decisive defeat.” This means the continuation of hostilities, when both sides constantly suffer losses, which, moreover, are growing daily. And everything also indicates that the conflict, which has now been going on for more than 80 days, will not end soon. But American politicians even seem to be interested in keeping the fighting going on as long as possible. As can be seen from all the statements, they do not even need the victory of Kyiv as such, but rather constant military operations near the Russian borders, as a means of pressure on Russia. For example, a White House press secretary at a recent press conference said that “it should be recognized that the military conflict in Ukraine will be for a long time and we also need to be prepared for this.” Biden and European leaders are convinced that Russia must lose, and Putin must pay the price for what he has done. And therefore, they say, it is necessary to continue to prepare “wood and fuel” in order not to let the conflict go out and so that it constantly smolders, bringing the “defeat of Russia” closer, the White House believes.

But in fact, the price for the continuation of the battles is paid by the West and the United States. The American media reported on a bill to provide financial assistance to Ukraine in the amount of $40 billion: the House of Representatives has already approved the bill, and it has been submitted to the US Senate. According to Politico’s website, another new step has been taken to “legalize $40 billion in US military aid.” The publication reported that the bill was supported by 368 deputies of the House of Representatives, while 57 voted against. Now the bill must be considered and approved by the Senate and then become a federal law signed by the US president, the publication emphasized.

At the same time, Politico emphasized that the amount of $ 40 billion is no less than 5% of the total US national security budget. In general, the national security budget of the country is 782 billion dollars. Thus, the United States will officially recognize that military assistance to Ukraine is part of the national security of the United States itself. In addition, simultaneously with the consideration of this bill in the US Congress, a representative of the US State Department said that Biden and the government will do everything to continue to put pressure on Russia to stop the military special operation in Ukraine. And this is despite the fact that US financial assistance to Ukraine, and even accepted the force of law, has already caused disagreement and even protests from a number of American politicians and the media. At the same time, the protesters, as a rule, wonder why the United States should finance a “foreign war” when there are a lot of problems in the country, the solution of which also requires a lot of expenses. They openly say that given the “disastrous situation” that has now developed in the country’s economy, the United States cannot afford to spend “such astronomical sums” on Ukraine.

As the conflict in Ukraine continues, a number of countries besides the United States are suffering huge economic losses, including those states that have supported anti-Russian sanctions. International experts and economists have already warned the world of “imminent global famine” if the conflict continues into the summer. The authoritative edition of Bloomberg reported about the “economic suicide” of the West in the event of the implementation of plans for an embargo on Russian energy carriers. And also the media in Japan, one of the leading countries participating in the sanctions, talk about the huge losses of Japanese companies due to the policy of sanctions. The Japanese newspaper “Sankei Shimbun” spoke about the losses of at least 7 large companies, primarily those that, due to anti-Russian sanctions, refused to participate in the implementation of oil and gas projects on Sakhalin Island, the so-called Sakhalin-1 and Sakhalin-1 projects. 2. As a result, there was a sharp reduction in the value of the assets of these companies. Among them are such trade and investment giants not only of the Japanese but also of the world economy as Mitsui, Mitsubishi, Itachi, Sumitomo and Marubeni. They have suffered losses totaling over $2 billion due to the direct and indirect impact of anti-Russian sanctions. And that’s just as of March 31st. But at the same time, the mentioned Japanese companies do not intend to withdraw from the Sakhalin-1 and Sakhalin-2 projects, since both of these projects enjoy state support. Koichi Hagiuda, Minister of Economy, Trade and Industry, at a press conference held in Tokyo on May 10, stressed that the state cannot afford to withdraw from projects that are critical for Japan because they involve oil and gas imports, based on long-term contracts and at average prices. In addition, according to the minister, there is a political reason for this – if Japan completely refuses to participate in these projects, a “third country” will immediately take its place. At the same time, the minister pointed to China, a state that is a direct competitor of Japan in the Asian markets. Thus, for the leading locomotive companies of not only the Japanese, but also the world economy, a disastrous situation has developed: they cannot refuse to participate in projects where they have lost assets, and from the implementation of which they cannot receive income!

In the UK, a country that has assumed a kind of leadership role in the policy of anti-Russian sanctions in Europe, because of this policy, a critical situation has also developed, but this time not in the trade and investment, but in the social sphere: millions of Britons due to This policy, which led to an increase in the price of electricity and heating, found themselves unable to pay for heat in their homes. Due to the staggering rise in gas prices due to the conflict in Ukraine and also anti-Russian sanctions, the price tags for electricity on the receipts for British households have also risen sharply, according to the head of the British Electricity Company. And according to his estimates, the increase in electricity costs for households in the country will continue further: by October, the beginning of the new heating season, the cost of a monthly electricity bill in total with gas could reach 2,900 pounds (3,575 US dollars).

With an estimated 10 million British households potentially unable to pay for heat and light at such price tags, Keith Anderson, head of British energy service Scottish Power, said that the government needs to develop a plan to support the poor. British households are already facing skyrocketing increases in electricity and heating costs – by around £700 in the past two months alone – and this growth will not just continue, but will continue at an accelerated scale, he said. Scottish Power supplies electricity not only to the counties of Great Britain, but also to a number of areas in Scotland and Wales. At the same time, Anderson said that with the growth of the tariffs themselves, there will be an inevitable increase in arrears in paying bills. “The situation could become horrendous no matter how hard we try to avoid it,” Anderson said, admitting that the increase in tariffs is connected not only with the situation in Ukraine, but also with the policy of sanctions against Russia. In this regard, it should be recalled that the UK voluntarily refused to supply oil and gas from Russia, and now it has to urgently find funds to support its low-income citizens. Following the UK, other European states are also trying to refuse Russian energy supplies: some countries did it immediately, like the UK and some Baltic countries, some want to do it gradually. But in the UK, skyrocketing tariffs have also pushed up the price of transport, food and other consumer goods, such as clothing. One of the leading economic experts, Bank of England Executive Director Andy Holden believes that the country will experience galloping inflation not only this year, but also next, and its consequences will be felt for many years to come, even after the crisis is over. .

However, with all this mass of problems that even the most prosperous countries of the world face, their leaders, it seems, are not ready to fight the cause of the crisis, but are determined only to fight its consequences. The US Pentagon, for example, announced that it would continue to supply Ukraine with weapons: the military department stressed that more than 5,500 Javelin anti-tank missile systems and 1,500 Stinger missiles had already been transferred to Ukraine. Pentagon spokesman John Kirby, during a speech at a press conference, argued that the missile strikes inflicted by Russia on the Odessa region, as well as other cities of Ukraine through which weapons are supplied, will not affect logistics in any way. According to him, Russian fighters are already allegedly “afraid to enter Ukrainian airspace” in order to “avoid further losses,” and if they do, then occasionally and for a very short time. Kirby stressed that the “Russian military machine” made the most serious advance in the Donbass. Regarding the delivery of Javelins, Kirby noted that the Javelin is one of the most advanced anti-tank systems and that its deliveries to Ukraine were made on time, “ahead of the advance of the Russian military in Ukraine.”

The issue of Ukraine’s accession to the European Union has also become a kind of “honesty test” for the EU heads of state. Ukraine’s foreign minister, speaking to Politico, said that if the country does not receive candidate status for EU membership by June, this will mean that Kyiv is “constantly deceived.” Moreover, the head of the country’s diplomatic department, Dmitry Kuleba, made another loud statement, the essence of which is that if the United States and other Western states trusted Kyiv more and treated with great attention requests for the supply of modern weapons, responding to these issues in a timely manner before the start of Russian special operations on February 24th, thousands of lives could have been saved. “Our partners were somewhat indecisive and showed negligence,” Kuleba also said. And although earlier French President Emmanuel Macron and other European leaders and high-ranking European politicians proposed various models of cooperation between Ukraine and the European Union, the Ukrainian Foreign Minister said that all these models “will not replace the country’s full membership in the EU.” It is obvious that the Western states, in particular, the EU countries, are more or less solidary about the supply of various types of weapons to Kyiv, but they show far less zeal and unanimity on the issue of Ukraine’s membership in the EU. They are clearly not ready and not inclined to provide everything that Kyiv wants, and “to respond in a timely manner” to the ever-growing demands of Ukraine.