An Australian pub owner chased away a large crocodile using a frying pan. A video of the incident was posted on social media and quickly went viral. informs NDTV.

In the video, you can see Kai Hansen, who fearlessly goes to meet the crocodile. The reptile is about to attack the man, but he hits her on the head with a frying pan. After the second blow, the crocodile turns around and runs away towards the river.

The incident took place at Goat Island Lodge, a remote establishment located on the banks of the Adelaide River. According to Newsweek, Hansen and the crocodile are longtime acquaintances. The man moved to the island a few years ago, despite the fact that it has a population of crocodiles. In 2018, Hansen got a dog that was supposed to scare away crocodiles. But one day, the reptile, which the man nicknamed Casey, grabbed the dog and killed it.

Since its publication, the video has been viewed more than two million times, it has collected more than seven thousand likes. 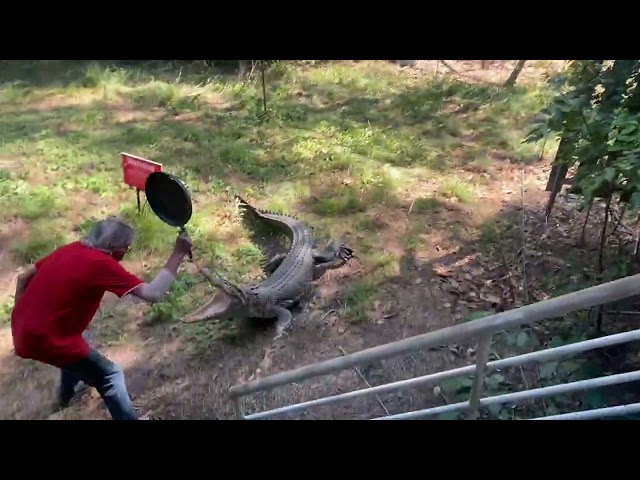 Explosions in Chernobaevka on June 15 – what is known about it

NYT: Russia may try to create a new “pocket” around Slavyansk and Kramatorsk