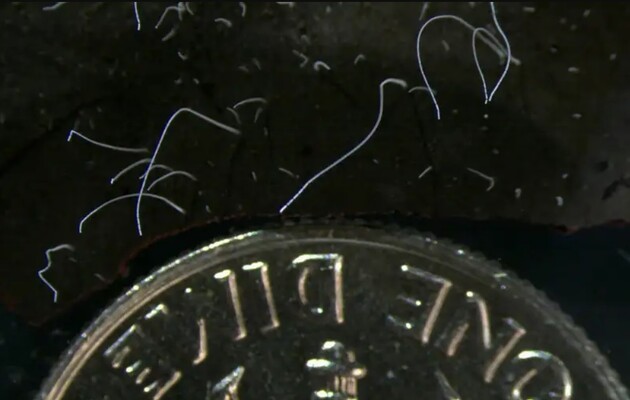 Scientists have discovered in Guadeloupe the largest bacteria known so far. It looks like white threads as long as a human eyelash, reports The Guardian.

The bacterium Thiomargarita magnifica is one centimeter long, about 50 times larger than all other known giant bacteria, and the first one that can be seen with the naked eye. Fine white filaments have been found on the surface of decaying mangrove leaves in shallow tropical marine swamps.

Read also: Scientists have discovered a new mechanism for infecting cells with bacteria

The discovery came as a surprise to scientists because models of cellular metabolism suggest that bacteria cannot grow to that size. It was assumed that the upper limit of the possible size is about 100 times smaller than that of the discovered species.

“If you put it in context, it would be like meeting a person with another person the size of Mount Everest,” said study co-author Jean-Marie Volland, a scientist at Lawrence Berkeley National Laboratory.

The organism was discovered by Olivier Gros, professor of marine biology at the University of Antilles in Guadeloupe. He was looking for symbiotic bacteria in the mangrove ecosystem.

Gro admits he was surprised to see the body. First, the researchers conducted an analysis in the laboratory to establish that the threads were indeed single-celled. Upon closer inspection, they also discovered a strange internal structure. In most bacteria, the DNA floats freely within the cell, while Thiomargarita magnifica keeps it more organized, within membrane-bound components located throughout the cell.

The organism has also been found to contain three times as many genes as most bacteria, and hundreds of thousands of copies of the genome are scattered throughout each cell, making it extraordinarily complex.

So far, scientists cannot say with certainty how the bacterium could become so large. One version is that this is an evolutionary advantage that helps protect against predators. “If you become hundreds of times larger than a predator, he will not be able to absorb you,” Woland said.

But getting that big means losing some of the bacterial benefits, including the ability to move around and colonize new niches. “By leaving the microscopic world, these bacteria have definitely changed the way they interact with the environment,” Volland added.

So far, the new bacterial species has not been discovered elsewhere. Moreover, scientists have not been able to find them again in their original place, perhaps because they are seasonal organisms. However, scientists suggest that larger and more complex bacteria may be hiding in plain sight.

Former scientists announced the discovery of an extensively drug-resistant strain of gonorrhea in Europe. This is the second such strain identified in recent years.

as master of the place, Rafael Nadal extinguishes the ardor of Corentin Moutet