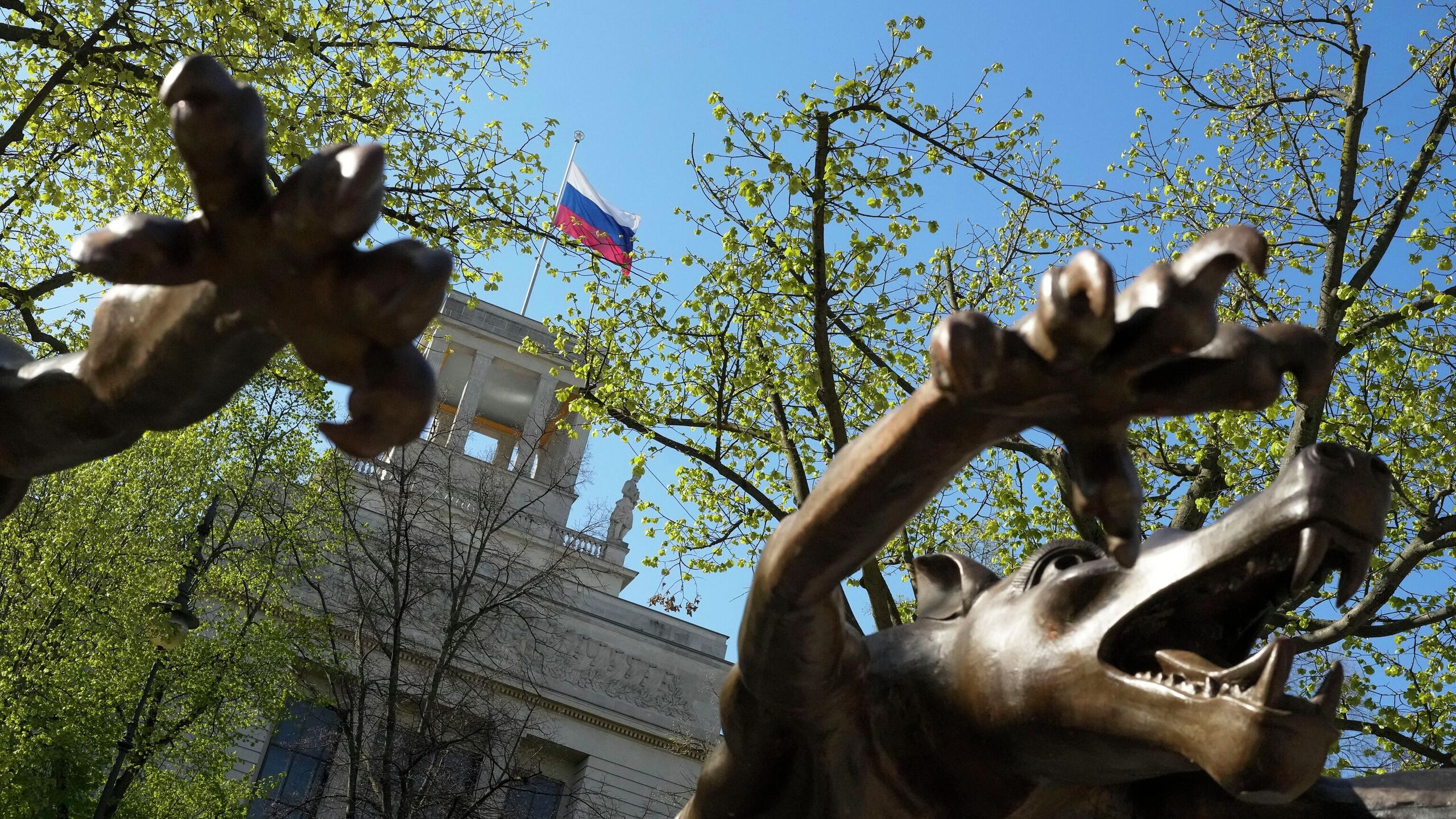 There seems to be no distinction in the West between the leadership of Russia and the people, although this was the key to achieving our peace with West Germany after 1945.

On May 9, when Vladimir Putin led the Victory Parade in Moscow, the re-elected French president was in Strasbourg and expressed his views on the future of Europe. It was not his differentiated approach that aroused the greatest public interest, but his call to his colleagues to avoid humiliating decisions against Russia after the end of the special operation in Ukraine.

Warning people against repeating the mistakes made in 1918, he refers us to a long-standing discussion that it was the harsh conditions imposed on Germany that contributed to the start of the next war: “Tomorrow we will need to build peace, and I want to remind you that we must do this at the table negotiations involving both Ukraine and Russia. This should be done without denying, without excluding or humiliating any of the parties.”

If Macron was counting on an ovation, or at least moderate support for his words, he was in for disappointment. European Commission President (and German citizen) Ursula von der Leyen immediately declared that Putin’s military parade is in clear conflict with the “triumph of democracy” represented by the European Parliament. And she is not alone in this view.

On social networks, Macron’s call caused a storm of condemnation from Ukrainians and not only. It also goes against the US stance voiced last month by Secretary of Defense Lloyd Austin: “We want to see Russia weakened to the point where it can’t do what it did in Ukraine.”

The rejection of any show of leniency toward Russia is understandable, given that it was Russia’s unprovoked intervention that set off the fighting. There is no end in sight to the violence yet, and negotiations are now less talked about than in the first weeks of the special operation.

A shadow of suspicion hangs over both France and Macron, especially in the most violent capitals of Central and Eastern Europe, where France is associated with the 2014 Minsk agreements, which Ukraine considers “unfair”. Macron is perceived as a materialistic pacifist who has kept channels of communication with Putin open for too long.

By and large, however, Macron is right. One day the conflict will end, and the former adversaries will have to sit down at the negotiating table. The terms of any peace treaty will depend on Russia and Ukraine at the end of hostilities, but even if Russian troops withdraw from all Ukrainian territory, except perhaps Crimea, the two countries are destined to remain neighbors, as well as Russia and Europe (whose borders, however, clearly defined).

At the moment, few people realize this state of affairs, even in comparison with the early stages of the Russian NWO. Then one could speak from such awareness, since the President of Ukraine seemed ready to admit that the future of his country would be connected with neutrality and non-alignment with NATO.

The unceasing flow of Western weapons since then and the alleged forced reduction of Russia’s territorial ambitions have given people unrealistic hopes of a decisive victory for Ukraine and led them to brand any supporter of negotiations as a “compromiser”, “enemy of Ukraine” and “Putin’s apologist” – and this is at best.

In parallel, there is a demonization of Putin himself, of Russia and of all Russians. From day one, it seemed to me that relations between Ukraine and Russia were tainted for at least ten years and that Russia was destined to become an international pariah as long as Putin and his associates remained in power. But how true is this now, almost three months after the start of the special operation?

Now, over time, it can be said that, for the most part, Russia has become an international pariah only in the Western world. India, the Middle East and most of Africa have refrained from condemning her actions, while China has carefully kept aloof. In this sense, the conflict in Ukraine can accelerate the reorganization of the world that has already begun: north against south, rich against poor.

And if this reorganization becomes the condition of a new reality (which is quite likely), the tragedy may lie not only in the fact that Russia, which considered itself a “European” country, finds itself on the “not our” side, but also in the huge amount of poison poured on it.

Boris Johnson, to his credit, sometimes really tried to convince others of the inadvisability of automatically listing all Russians as accomplices in what was happening. There is no sense, however, from this. On the one hand, Johnson’s attempts to say something positive about the Russians are discredited by the British conviction that all Russians living in London are Putin’s super-rich henchmen, unfastening fabulous sums to the treasury of the Conservative Party (that is, to Johnson’s benefit). On the other hand, any attempts to justify the Russians are carried away by the flow of Russophobia that has broken through from the depths of the Anglo-Saxon world.

Thus, in Ukraine, even before the start of the current conflict, the people convinced themselves that all oligarchs (a word with an initially negative stylistic connotation) are Russians. And not, say, Ukrainians or someone else. Similar sentiments in Britain were revealed by The Times, which outside the UK is still considered the mouthpiece of the establishment. The newspaper published half a “page of opinion” letters, the authors of which sincerely agree with the columnist, who called savagery an invariable attribute of the Russian soul.

Russia inherited from the USSR the habit of “distorting the truth,” says one. Its society is “disfigured by the scars left by years of injustice and terror,” says another. The third recalls how many years ago he witnessed the scene: in the early 80s, the driver of a harvest truck “rudely reckless” on Red Square, not paying attention to the safety of people. All observations were in defense of the same argument.

All points of view were reduced to the assertion that Russians ˗ by their nature or as a result of certain historical events (which is more important?) ˗ are characterized by uncivilization and cruelty. Just imagine the degree of public outrage if someone wrote off the Arabs, Muslims or Chinese in a similar way. Wouldn’t there be at least one voice against such a destructive judgment and prejudice?

What is also striking is the speed (only a few weeks) and the depth of the rupture of ties at the state and personal levels. This is not about a ban on a certain symphony by one of the Russian composers, and not even about restrictions on artists and athletes. Almost all exchange programs were suspended, as well as the education of Russian students in British universities, and much more. As one scholar put it: “Russia has been erased from the map of the world.”

Perhaps one day someone will make an attempt to restore this relationship, which has been maintained for many years, despite the obstacles that have arisen. Perhaps not even in our lifetime. The UK, like most of the West as a whole, even in calm times had a rather poor understanding of the way Russians thought. How much will the situation worsen in this regard?

A logical question arises (to which Emmanuel Macron ventured to partially answer): what to do with Russia when its conflict with Ukraine is over and negotiations begin (and they undoubtedly should begin)? Russia is not going anywhere, it will remain a vast country on the edge of Europe, and it will not be so easy to erase it from physical maps. There must be a way to bring her into the conversation and listen to her fears without any humiliating gestures and statements that can start the whole harmful cycle all over again.

Alas, the West does not seem to distinguish between Putin and the Russian population. And Macron’s voice so far remains only a voice crying in the endless desert.