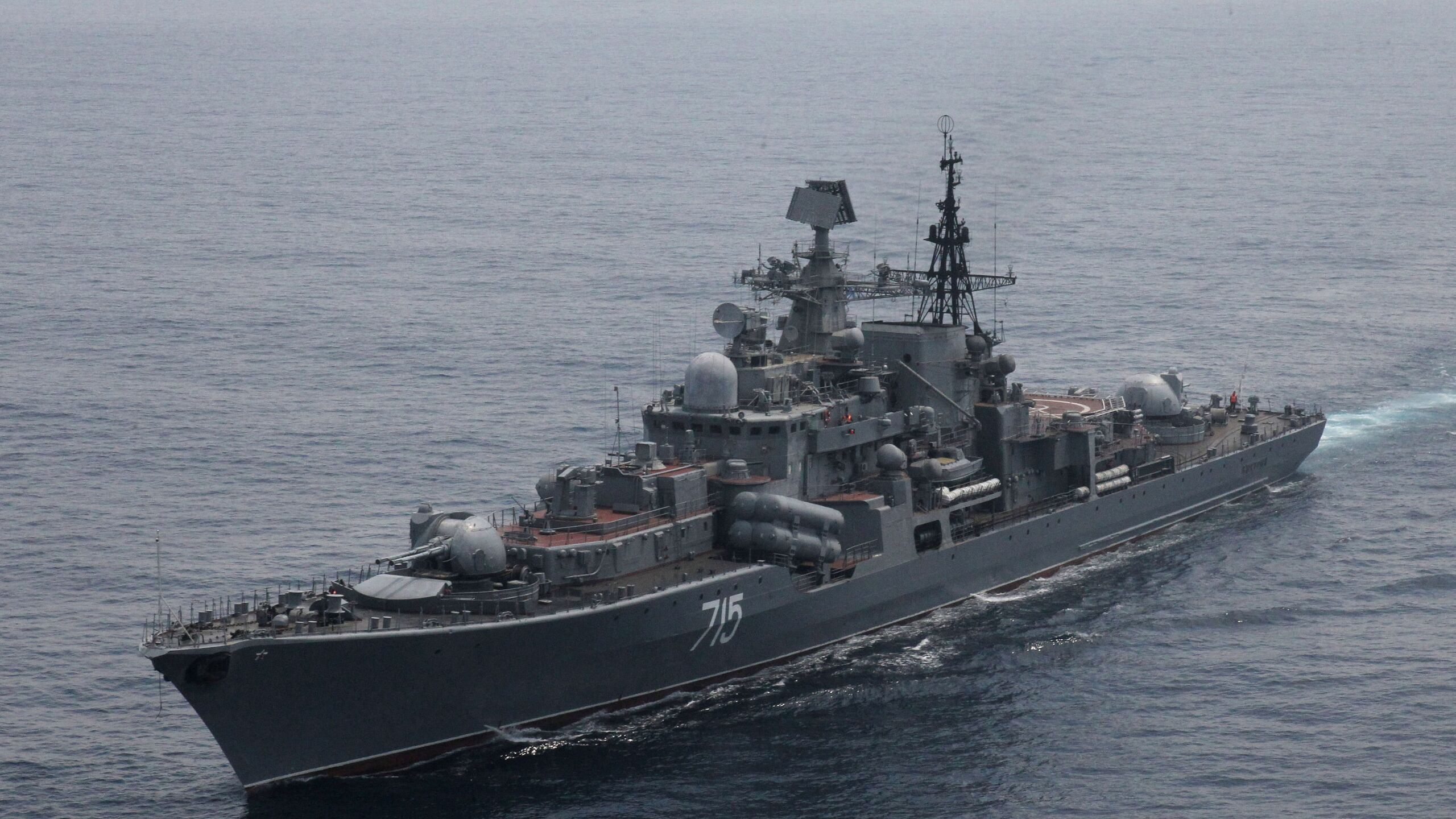 In mid-June, several Chinese and Russian naval vessels circled the Japanese archipelago. The four ships of the Chinese fleet proceeded north through the Sea of ​​Japan from the East Passage, split in two and entered the Pacific Ocean, after which they reunited and moved south.

Around the same time, five Russian ships appeared off the island of Hokkaido, headed south across the Pacific Ocean, passed through the East China Sea and entered the Sea of ​​Japan.

The Maritime Self-Defense Force continues to closely monitor the area for possible joint Sino-Russian maneuvers aimed at containing Japan and the United States.

At three o’clock on the morning of June 21, the Maritime Self-Defense Force confirmed the movement of two missile destroyers and a supply ship of the Chinese Navy in the Izu Islands in the west direction.

After that, at about 2 pm on June 19, the destroyers and the supply ship proceeded in a southerly direction, 220 kilometers east of Kinkasan.

In turn, three frigates of the Russian Navy, a destroyer and a ship of the measuring complex were spotted on June 15 about 280 kilometers southeast of Cape Erimo, Hokkaido.

On June 16 and 17, they moved southwest at a distance of about 180 kilometers southeast of Inubosaki and passed near the Izu Islands. Passing the Miyako Strait between Okinawa and Miyako, on June 21 they left the East China Sea for the Sea of ​​Japan. Off the Izu Islands, they were joined by two more ships. As a result, a group of seven ships was formed.

Chinese and Russian ships began to go around the Japanese archipelago. Japanese Cabinet Secretary-General Matsuno Hirokazu said at a press conference on June 21 that Japan will continue to closely monitor the relevant actions and will take all possible measures to ensure security and surveillance.

Last October, a total of ten Chinese and Russian ships circled Japan in a clockwise direction. During the mission, a helicopter was launched from a Chinese missile destroyer.

The Russian Ministry of Defense announced the first joint patrol with the Chinese Navy within seven days. At the same time, Defense Minister Nobuo Kishi expressed concern that these actions pose a threat to Japan.

While the Chinese and Russian fleets are moving separately this time around, there is a possibility that China and Russia are working together as they travel long distances at the same time. The Ministry of Defense is analyzing the goals of China and Russia’s actions, and is also increasing vigilance regarding what is happening.

Japan has no choice but to shift its focus from defensive to offensive weapons. China and Russia already have strategic plans to attack Japan.

It’s time for the Japanese military to give lectures to the public on the use of weapons, evacuation and first aid. Then it will be too late. Posting on social media is useless. It’s time to act.

The military threat to both Russia and China is the US military presence in Japan. The only way for us to stop them without war is to become a nuclear power.

Judging by the route, the goal is not in the defense of China and Russia, but in hostile actions against Japan.

Obviously, Japan is in danger, so it is necessary to get rid of outdated views as soon as possible, increase the defense budget to 2% of GDP, pass a law on espionage and the ability to strike enemy bases. There is an urgent need to strengthen defense capabilities in intelligence, artificial intelligence, space and cyberspace, join AUKUS, deploy US nuclear weapons, and amend the Constitution.

Western countries should unite and impose sanctions against China, as well as against Russia. The outflow of Western investment and technology is associated with China’s military buildup, which, in turn, threatens the security of the West. We should not cooperate with China even if the world economy reaches a dead end.

Deterrence through nuclear weapons is the only way to counter communist threats in the near future. The Kishida administration must understand that when a nuclear weapon is put to its throat, it will be too late. Now that the United States has ceased to be a policeman and has lost its “divine” power, countries must defend themselves on their own.

Chinese and Russian warships often appear near Japan. Not only ships, but also submarines ply! To protect the maritime borders from the Sea of ​​Japan, more destroyers and submarines must be deployed to increase combat readiness.

If you ignore what is happening, it will only get worse and worse. We are mocked, and we are trying to resolve issues with the help of diplomacy. The situation will get out of control. It is necessary to think seriously about the future of Japan, and not just about the elections.

I wonder if one or two ships are enough for observation? It is necessary to create a rapid response system of frigates, submarines and helicopter carriers. After the start of the special operation in Ukraine, Russia, China and the DPRK go on provocations to check the combat readiness of Japan.

War. Yesterday, the Russian army suffered the greatest losses near Zaporozhye – a summary from the General Staff of the Armed Forces of Ukraine – news of Ukraine, Politics

“Your fangs, please.” Britain sets world record for most ‘vampires’ at one event

In the Kherson region, the occupiers are conducting a propaganda pseudo-poll – GUR

The Ukrainian military will decide for themselves the range of fire from HIMARS: War in Ukraine