The feasibility of replacing Russian gas with American LNG is questionable. This was stated by the head of the Spanish oil company Repsol Antonio Brufau. 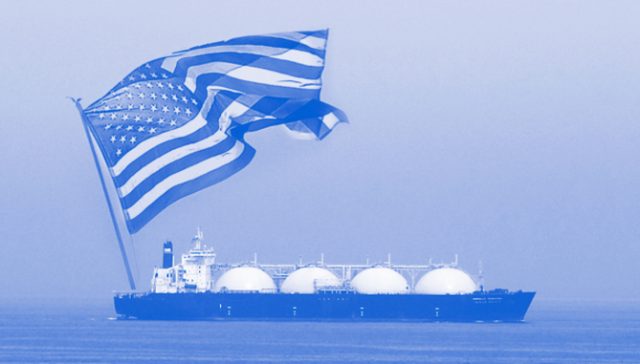 “Does it make sense to replace Russian gas with imported natural gas from the US, which has low local prices that Europe does not benefit from? And there is a lot of it thanks to hydraulic fracturing, while we ban this technique on our continent” – noted head of Repsol.

“In addition, we must consider whether it is realistic to entrust the recovery from the crisis, accompanied by an accelerated energy transition, only to electrification using renewable energy sources. And not to take into account other technologies that make decarbonization possible, or the role that natural gas and oil should play for many years to come,” Brufau added.

Americans do not have as much LNG as Europe needs

Moreover, in fact, the United States cannot supply Europe with enough gas to replace the Russian one. “The US is currently exporting every molecule of gas it can. Our existing LNG facilities are already operating at full capacity. And not because they were told to do so by politicians, but because of high gas prices, which is a stimulating factor. Producers sell LNG on the market, where they sign contracts and get the highest price. Now there is not a single additional ton of liquefied gas for delivery to Europe,” said Samantha Gross, director of the energy security program at the Brookings Institution, told The Hill.

Therefore, the White House, in order to keep its promise to increase LNG exports to the EU countries in order to abandon Russian fuel, “will have to resort to twisting the hands of manufacturers,” the expert emphasized. And besides, “persuade American LNG buyers and other countries to reduce gas demand in general,” Gross added.

An increase in US LNG exports to Europe means less gas will reach other markets, said Ben Cahill, an analyst at the Washington-based Center for Strategic and International Studies. First of all, to Asian countries, which in 2020 were the main recipients of liquefied natural gas from the United States.

“However, if the coming winter in Northeast Asia, in particular in China, Japan and South Korea, is cold, gas demand will increase there, and they will need LNG supplies from the United States,” Cahill said. “To redirect supplies from Asia to Europe, the Europeans will have to offer a very high price for LNG.” :///

Message The head of Repsol sees no reason to change gas from Russia to LNG from the United States first appeared on TECHNOBLOG.