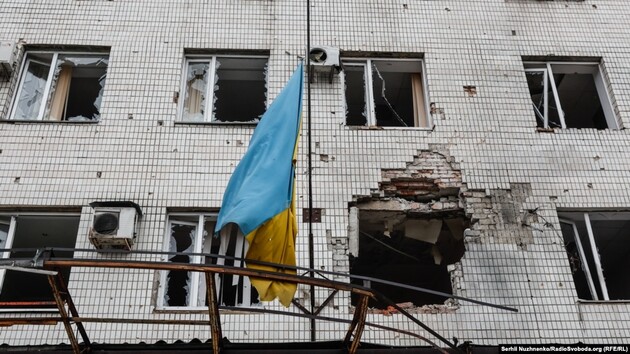 In the question Russian war against Ukraine often offer the wrong choice, which in the end can only undermine the unity of Europe. Last week, a poll by the European Council on Foreign Relations showed that public opinion on the continent was divided into two camps. One of them is the peace camp, which wants to stop the war immediately on any terms (35%), and the other is the justice camp (25%), demanding a Ukrainian victory. But if you look closely, there is a third group that chooses both peace and justice. And this group is the largest (43%).

About it on the pages The Guardian Tony Blair’s chief government negotiator on Northern Ireland and former head of the British Prime Minister’s office, Jonathan Powell. This dividing line between peace and justice is reflected in the public controversy. An extreme manifestation of the views of one camp was the speech of former US Secretary of State Henry Kissinger in Davos, during which he called on Ukraine to cede territory for the sake of a truce. At the same time, he stressed that one should not humiliate Vladimir Putin. Not surprisingly, Kissinger’s call provoked a sharp reaction from those who rightly point out the fact that Putin has shown no willingness to negotiate seriously or respond to any concessions. And premature obedience will not only prevent lasting peace, but will allow Putin to regroup his troops and return later to capture even more of Ukraine.

In the justice camp, Ukraine’s aficionados, such as journalist Ann Applebaum and historian Timothy Snyder, are convinced that all negotiations with Putin will be an attempt to appease him. And Ukraine needs to be helped to defend itself from Russia until complete victory. Powell notes that they never clearly defined what would be called a victory. Is this the return of the Russian army to the positions it held on February 23rd? Or its exit from all territories of Ukraine? Should Ukraine keep fighting until the Russian army is completely defeated and Putin is overthrown?

Read also: Forbes: The world is tired of sympathizing with Ukraine, but the war continues

Powell believes that the dispute between peace and justice does not take into account the lessons of history. Conditions can only be imposed on a country if the invasion ends in total conquest, as happened to Germany in 1945. Otherwise, even the winners need to negotiate, as was the case at Versailles in 1919. And since no one is suggesting that Ukraine invade Russia, President Volodymyr Zelensky is right to emphasize that this war will end at the negotiating table. Russia will continue to be a neighbor of Ukraine and it still has a larger army. There will be lasting peace only “if Russia does not remain offended, isolated and waiting for a new opportunity for invasion,” the author believes.

When there is a need to resolve a conflict, there is always a tension between peace and justice. If Colombian President Santos Calderon had told FARC leaders in 2012 that he wanted peace but they would have to spend 30 years in prison, it would be safe to say that they would not agree to negotiations. But it would also be wrong to agree to a full amnesty after 50 years of war, ignoring the desire of the victims to punish the offenders. Santos created a transitional justice system to strike a balance between peace and justice. So the victims received the desired retribution and at the same time it became possible to prevent the appearance of new victims in the future. Powell is sure that the same balance between peace and justice will be in Ukraine.

“The important thing is that this debate does not pay attention to the key fact that the Ukrainians are fighting, not us. We could have come to protect them, as in the case of Poland in 1939 (but we did it too late), as in Kuwait in 1991 and Kosovo in 1999. But we decided not to. Therefore, only Ukrainians have the right to decide when to negotiate and what concessions to make. They should not be pressured into signing a peace agreement that they cannot fulfill, as was the case with the Minsk agreements in 2014. And just as you can not force them to wage an endless war“, the article says.

Putin is not yet ready for serious peace talks. But he can change his position, which will depend on his calculations after the battle for Donbass. So you need to prepare for this moment. Russia can declare a unilateral ceasefire, as it did in 2014. At the same time, it will retain control over the occupied territories. Ukraine will face a new frozen conflict that Putin will use to prevent it from moving forward towards its European future. Such a truce is a trap. Ukraine will have to insist on continuing to fight and negotiate at the same time to reach an acceptable agreement. In such negotiations, Kyiv must be backed by allies who hold the keys to sanctions, as well as security guarantees to deter future Russian incursions. We need to act now to create a group of friends of Ukraine and offer such support.

The biggest security guarantee for Ukraine is in the hands of the EU. If Ukraine is offered candidate status to join the organization now, as well as a clear path to full membership, even if it is a long one, then it will be much more difficult for Russia to stage a new invasion. It will also give the government of Ukraine the means and momentum to carry out fundamental reforms to get rid of the legacy of Soviet corruption, oligarchs and kleptocrats. It is difficult for the EU to take such a step because it remembers well the old mistakes when countries were allowed to join the union too soon. At the same time, Brussels is aware that Ukraine is a special case.

It is also necessary to expand the agenda of the talks. Early Russian-Ukrainian dialogue was too strongly tied to Russian demands on territory and the neutral status of Ukraine. Therefore, the new agenda needs to be balanced by adding Ukrainian demands to it: punishing those responsible for war crimes, restoring the country, and recognizing Ukrainian territorial integrity. The territory problem is, after all, a zero-payoff game. We will have to scale up to achieve an acceptable balance of concessions. This means that broader negotiations will be required on the future of security in Europe, leading to a new agreement on conventional forces, as well as a new relationship between NATO and Russia.