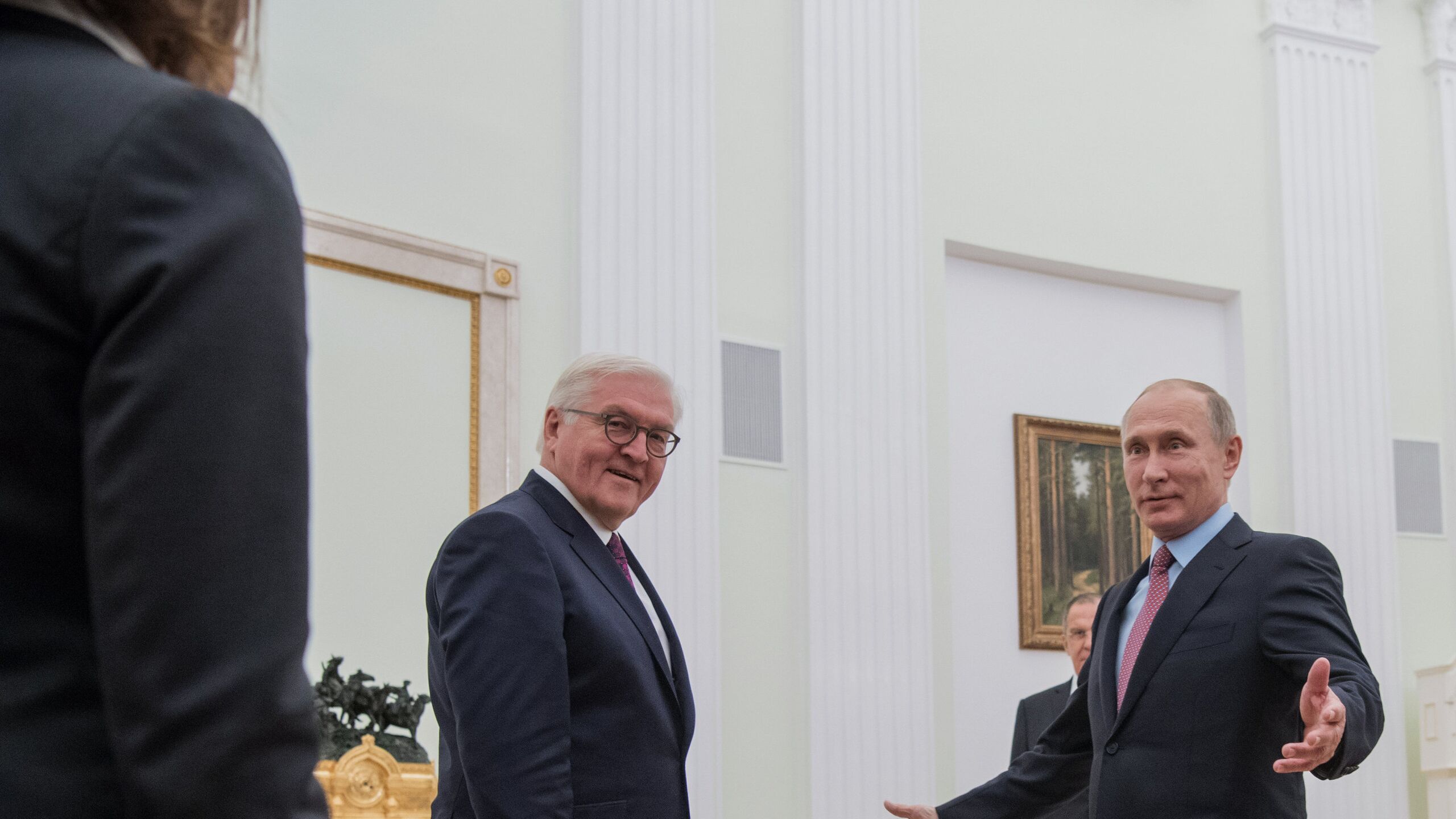 At first, all the politicians said that they made a mistake in Putin, now the same German politicians shrug their shoulders and claim that they never loved him, although they tried everything. But what the future policy towards Russia should look like is still unclear.

German politicians are now evaluating their policy towards Russia, and this is reminiscent of a drama in two acts. At first, some politicians – Federal President Frank-Walter Steinmeier was the most famous of them – admitted that they had been wrong about Russian President Vladimir Putin for years. Although the war in Chechnya, the annexation of Crimea and assassination attempts against the opponents of the regime provided enough material to sober up. But probably some just didn’t want to sober up.

Now, when it turned out that such illusions should be shy, the second act began – it turns out that everything about Russia was clear to everyone. The start was made by former chancellor Merkel, who declared that she had never been mistaken about Putin and his lust for power. According to her, she tried to influence him through diplomatic means, but to no avail. But the current Chancellor Scholz believes, nevertheless, that it is necessary to try to achieve reconciliation in any case.

Of course, diplomacy and reconciliation are the best means. Putin’s past wars did not necessarily have to lead to today’s Ukrainian tragedy, but such a development of events was quite imaginable. Many front-line German politicians are now saying, following Merkel, that this is how they thought about Putin all their lives. But if they knew everything for so long, why didn’t they act differently?

This question may seem silly to many. But he is not idle. We need to clarify for ourselves what should be the policy towards Russia, which would take into account not only economic interests, but also geopolitics.

Our politicians are naive and even dangerous dreamers who have never learned anything. Scholz again goes the same way, because he just has a thin gut.

Blind is he who wants to see nothing. And most Germans want to be blind. They believed that the devil is the United States led by George W. Bush or Donald Trump, but not Putin.

Let’s not deceive ourselves! The SPD has not abandoned its illusions about Russia. See how Schroeder behaves (who, by the way, is far from being as isolated in his party as it might seem). Look at Scholz’s apparent reluctance to supply Ukraine with heavy weapons (I judge by his deeds, not by verbal husks). Look at the statements of the former burgomaster of Berlin, who believes that they talk too much about weapons and too little about diplomacy. And he insists on this point of view, although he is pointed out that all the negotiations, all the diplomacy of recent years have gone down the drain. The belief that it is necessary to talk with Putin somehow, that it is possible to create a world without weapons – this belief cannot be eradicated from the political genes of social democracy.

The war between Russia and Ukraine was unleashed by some Western politicians more than 20 years ago by starting the expansion of NATO. Now Russia has taken matters into its own hands, acting on the principle that attack is the best defense. Recklessness on both sides, both in the West and in Russia, provoked and caused this conflict. The blame for unleashing the war lies equally with the West and Russia, even though Russia took the first step.

The French and Germans reconciled, at least outwardly. The Germans pleaded guilty. This is important for reconciliation. But did Putin or the Russians say even a word of regret or apology? In such a situation, how can we talk about reconciliation in the foreseeable future?

Are you sure we have made peace with France? There, in one of the towns during the war, partisans killed several German soldiers. In response, the Germans hanged a certain number of civilians. The French naturally erected a monument to these civilians. And every year pilgrims go there from our town to kneel. But for the Germans killed there, nothing was erected in France – not a monument, not even a sign that would show what happened to them. And so, when I was once again invited on a pilgrimage, I replied that I would go when there was a monument to the Germans, next to the monument to the French victims. This is how reconciliation would look to my taste.

Mr. Karasek, what did the German soldiers lose in France, what brought them there? By analogy, I recognize the right of every Ukrainian to make life difficult for Russian soldiers – including blows from behind. These soldiers also lost nothing in Ukraine.

It was then that it became clear that neither individual EU countries nor the entire EU are sovereign. The US is using the EU bureaucracy to prevent these mediocre officials from allowing the economies of European countries that compete with the US to develop too quickly. An economically healthy, strong Europe would become a competitor for the Americans. To save its dominant role, the US is trying to quarrel the EU and Russia. It is pleasant for the USA to watch when the EU and Russia are waging war against each other… The main thing is that a lot of money and effort should be spent at the same time. Then the US can be sure that no one is breathing down their backs.

Are you sure that the US and the EU really disagree about Russia? Is there something unclear to you in our future policy towards Russia? Nothing could be clearer. We in the West will again be united with an iron fist around our hegemon named the United States. And then together we will lower the iron curtain in front of Russia, only it will be transferred 1,500 kilometers east of the old curtain.

The EU will consider Ukraine’s application for accession. What will Kyiv need for this and what are its chances