The fate of the petrodollar is in the “trembling hands” of US President Joe Biden. About it writes the publication American Thinker. 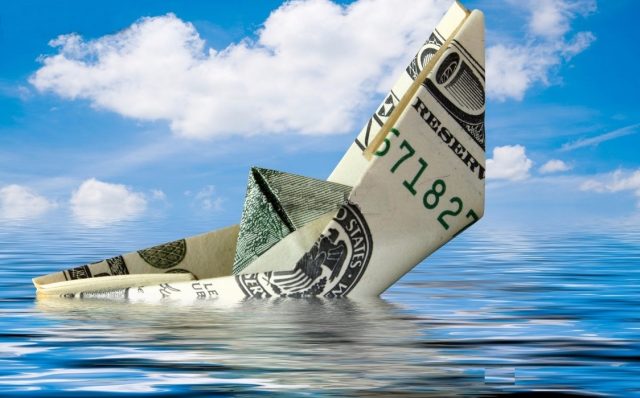 Article author, columnist Darlene Casella thinksthat this situation raises serious concerns. She notes that China already wants to buy oil for the yuan, and this as a result will allow it to weaken the hegemony of the dollar in the world oil market. On the other hand, Biden spoiled relations with Saudi Arabia, the world leader in oil production.

“Another fly in the ointment in the global currency barrel of honey was the statement of Vladimir Putin, who demanded payment for gas in rubles. Russia also supplies oil to India for Indian rupees and gas to Turkey for Turkish lira,” Casella points out. Ultimately, the PRC may achieve dominance in the global monetary system through rapprochement with Saudi Arabia and other OPEC countries.

“President Biden’s advisers are talking about a possible visit to Saudi Arabia to improve relations, get the Kingdom to increase oil production and persuade him to stay in the petrodollar system. Joe Biden couldn’t find Riyadh on the map. If there is a joint photograph of Biden with the king and crown prince, someone will have to turn him around to face the camera. If the global role of the US dollar is in its trembling hands, then we have something to fear, ”summed up Casella.

Formerly The Wall Street Journal considered agreements between Saudi Arabia and China on the sale of oil for yuan as a foreign policy failure of the US president. This failure was due to the Biden administration’s dismissive attitude towards its strategically important ally. The publication mentions that in 1974 the Saudi Arabian authorities undertook to trade oil only in dollars in exchange for security guarantees from the United States. However, the current US authorities have constantly undermined these agreements, the article says.

One of the administration’s first foreign policy moves was to end support for the Iranian-assisted Saudi war against the Houthis in Yemen. He also accused the US authorities of delaying a planned arms sale to Riyadh. He called the move “a real slap in the face on security.”

The WSJ says Riyadh is “horrified” as the US leader tries to negotiate a new deal on Iran’s nuclear program that will provide Tehran with resources. The authorities of the Kingdom realized that they should not rely on the United States, the author notes. The PRC is glad to be able to fill the void. “In this era of great power rivalry, the United States cannot afford to alienate allies,” the article emphasizes. :///

Message The fate of the petrodollar is in the “trembling hands” of the US President first appeared on TECHNOBLOG.