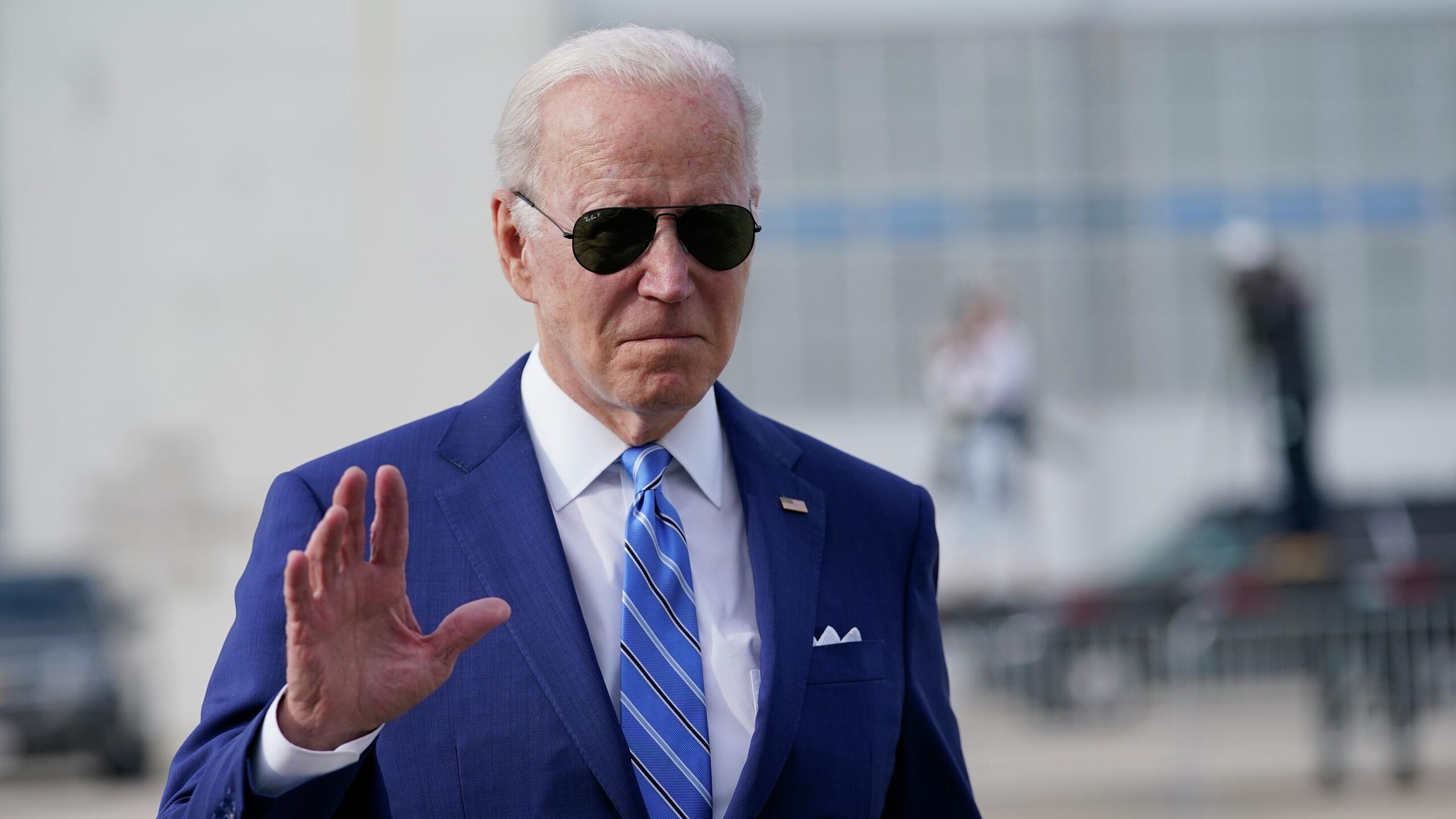 The Western media took advantage of the fact that the Russian special operation in Ukraine dragged on for a bit, and launched an avalanche of criticism against the Russian military and political leadership, especially Vladimir Putin. Allegedly, Putin’s plan collapsed, the generals betrayed him and sent him false information from the front, or they are simply helpless, since they could not conquer “weak Ukraine” in five days. Of course, they do not mention that in the last eight years the West has turned Ukraine into the most powerful military force in NATO Europe with more than 600,000 soldiers and continues to actively arm it. But they say that Russia is disintegrating due to military failures and defeats, and Western sanctions are especially painful for her, and she has no future. At the same time, the opposite narrative of Western propaganda is planted with no less persistence. Like, Russia is a dangerous adversary, which, having done away with Ukraine, is going to destroy one European state after another. Therefore, all NATO countries must embark on the path of self-denial, even if they are cold and starving, they must purchase as many American weapons as possible and prepare for a long war with a bloodthirsty enemy. Otherwise, Putin will win, and everyone will “lose their freedom.”

Out of touch with reality

These inconsistencies were recently pointed out by the well-known American thinker Naom Chomsky in an interview with Sarajevo journalist Senad Khadzhifeizovich, when he asked why the West threw such forces against Russia, if in fact it is a “paper tiger”? Why is the media simultaneously uttering completely opposite statements? On the one hand, they say, Putin’s army does not pose a threat even to “poor, undefended Ukraine,” and on the other hand, Russia is a huge danger to all of Europe, and the Russian military is about to break into NATO capitals. There is no answer, and where does it come from, because both statements have nothing to do with reality. Russia is not a third-rate state, but a powerful military superpower and world power that has a great influence on the world economy. In addition, Russia is not preparing for aggressive campaigns against Europe.

Those closely following the operation in Ukraine noted that in the early days and weeks, the Russian army acted quite softly, almost without encountering enemy forces, relying on missile strikes against strategic infrastructure as a warning that significant damage and attacks could follow. The actions were not intended to occupy a large territory, but served as a call for negotiations in order to achieve Russian goals through diplomacy before the turn came to much more severe military methods that would cause serious destruction and military and civilian losses. Had a serious analysis been carried out, the Kyiv authorities would have inevitably come to this conclusion and would have agreed to the Russian compromise proposals that have been voiced since the very first days of the fighting at the talks in Belarus. The Kyiv side not only did not respond to these proposals, but also decided to give a fierce rebuff, relying on the capitals of NATO, primarily Washington, which is extremely interested in pumping billions of dollars into the Ukrainian “death machine.”

Therefore, it is clear that Moscow offered Kyiv a way out of the crisis before it takes on tragic forms. In the same way, she expressed her proposals to Washington in December. Then Russia insisted that the Americans respond in writing, thus leaving a kind of evidence for history. The essence of Russian demands in both cases came down to one thing – the demilitarization of Ukraine and the elimination of any threat to Russian security. In addition, Moscow wanted the formation of a Ukrainian government that would strive to develop good neighborly relations with Russia and respect the rights of the Russian population on its territory. From Kyiv and Washington, Moscow only wanted adherence to European values: peace, good neighborliness and respect for human rights. Considering that the Ukrainian authorities refused all these proposals, the question arises: how do they want to join the EU if they do not honor any of the above? Or does it not matter in their case, since they have an American blessing due to anti-Russian activities? Maybe so, but it cannot be hidden that, since 2014 and the first Minsk agreements, they have had many untapped chances to avoid what is happening today.

The fact that the Russian special operation dragged on a bit has another side to the coin. This time is being used for world regrouping and shaping the outlines of the future world order. The process, which involves huge changes, is now presented to the Western public with shame, but it is impossible to completely ignore it. Some leading Western media and analysts are gradually recognizing the new reality. Thus, the French “Figaro” noted that because of the sanctions, Russia will create its own camp in the world, which will be stronger than the Western one. It says that the West, with its sanctions, pushed Moscow out of the international system that has been established in recent decades, which unties the hands of Russia. “Free Russia will create its own” camp “, which will be stronger than the Western one due to the likely entry of China and many other countries into it,” French journalists believe. They add that the goal of the West has always been maximum globalization, while Russia and China have gravitated towards another version of international relations in which states play the main role.

Farid Zakaria, one of the prominent American experts, CNN writer and former Nesweek reactor, also issued a warning to the US and the West. He is also extremely worried about the coming period. “One of the most important signs of the new era is that it will be post-American. That is, the Pax Americana that has existed for the past three decades will end. Signs of this are everywhere. Thus, the leaders of the United Arab Emirates and Saudi Arabia, two countries whose security depended on Washington for decades , refused to even take a phone call from the President of the United States, according to the Wall Street Journal. Remember that Israel (at first) and India refused to call Putin’s actions aggression, and all four countries made it clear that they would continue to work with Russia, “reminds Zakaria and calls on Europe to abandon the role of a passive player in international relations and seize the chance in a “super-alliance of liberal values”. “In order for the West to unite again and gain strength, it must win in Ukraine,” the American expert concludes.

Similar considerations are heard from the opposite side – from Moscow. Russian experts believe that Russia has defied the West, and its military defeat in Ukraine would mark its end. If Russia withstands all-out pressure and wins, others will follow suit, ending Western dominance. Then the “economic colonization” of Central and Eastern Europe by the European Union will also end, as many European countries will embark on the path of rapprochement with Moscow. Western states will conclude security agreements with Russia, thereby sharply weakening American influence and depriving the United States of the opportunity to put a spoke in the wheels of Russian-European cooperation. As it turns out, the litmus test that determines the position of countries in opposite camps can be considered their behavior during the eight years of the Ukrainian crisis. On the one hand, according to the Russian media, there is Washington with its obedient vassals, and on the other, supporters of a more just, multipolar world order. As noted, the United States authorities are discouraged by the fact that many countries in Asia, Africa and Latin America do not want to join the anti-Russian sanctions and thus help the Kyiv regime.

There is one more, at first glance, unremarkable, but very important point, which can play a decisive role, especially for “wavering” states. It’s about how the West acted in relation to the Russians and their property. They just took it over to their western jurisdictions. And if it is still possible to somehow understand why this was done with the state property of Russia and its foreign exchange reserves (although in fact there are no justifications for this), then it is completely unacceptable that private individuals, mainly businessmen, who were left without their bank accounts, were deprived of their property. accounts, real estate, yachts and everything else. It is especially shocking that the hardest blow fell on those businessmen who allocated a lot of money for charity and made statements against the Russian authorities, in every possible way proving to the West that they were “their own”.

As it turned out, those who renounced their country, there is no one else to protect. The West will definitely not do this. But this is a warning to the business community of all other countries that their property can also be arrested at a time when their authorities do not agree with America. On the one hand, this “cements” the loyalty of these states and Washington’s elites, and on the other hand, it causes distrust and an undisguised desire to see the collapse of a system that does not honor private property. At the very least, Russia and China won this conflict. This explains why Moscow has not yet nationalized Western enterprises, although it has the right for many reasons. It needs to be compensated for losses not only due to the freezing of its assets, but also due to the termination of the activities of Western firms on its territory. However, now Moscow is trying to find a way to keep this capital intact. This is the key to preserving the reputation and reliability of Russia as a partner. The world is now watching how someone behaves and draws conclusions.

In Russia, a minimum of deaths from COVID-19 has been revealed since September 2020