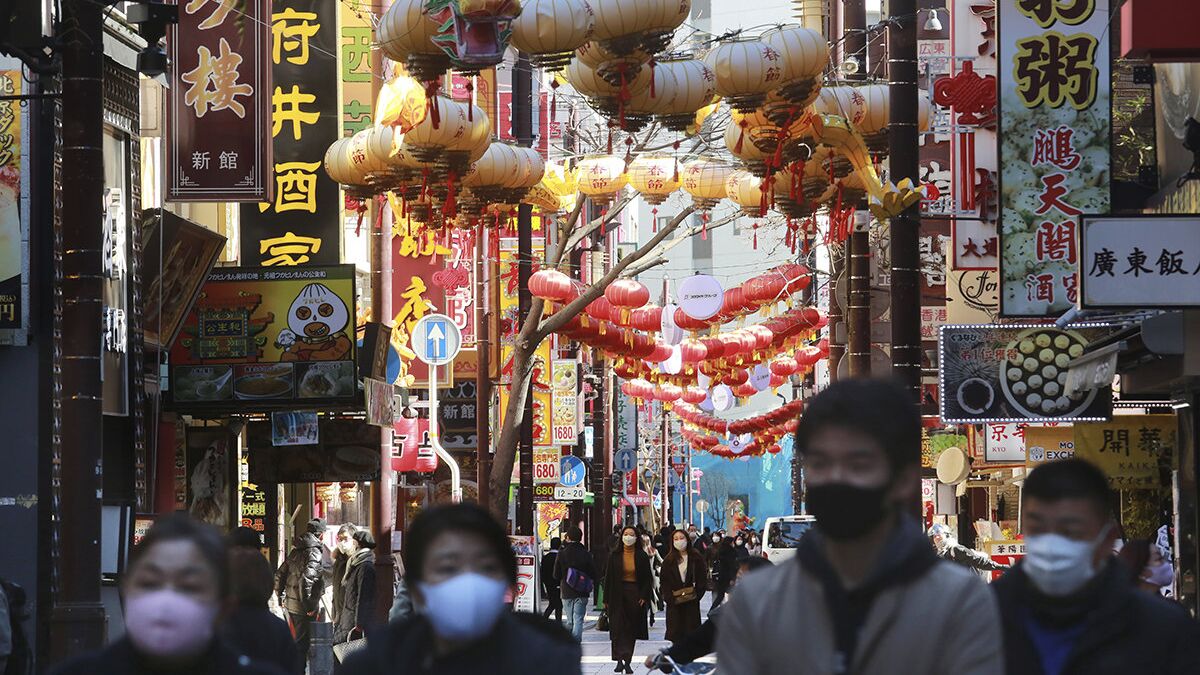 Russia’s military sting operation in Ukraine appears to have intensified the debate about Japan’s security. One “default setting” in this regard is the direction set by Japanese Foreign Ministry official Akio Kawato in his latest book, The Day Japan Becomes Ukraine.

In other words, the Japan-US security treaty will be the cornerstone of Japanese military diplomacy, but Japan will ensure its own defense capability, given the risk of US bias towards extreme unipolarity.

At the same time, it will begin to discuss nuclear weapons and the nuclear umbrella, but without violating the NPT regime (Treaty on the Non-Proliferation of Nuclear Weapons) – this is the current range of possible options for our country. It is this delicate balance that will keep Japan safe.

I believe that this book is a good start for rethinking Japan’s foreign and security policy in relation to the situation in Ukraine, as it confirms some basic premises.

Next, I would like to highlight two factors. The first is the principle of Japan’s northern diplomacy, which it has been rigorously following since the days of the USSR.

In his book, Cavato emphasizes diplomacy based on the Western alliance. That is why diplomatic relations between Japan and Russia are not interrupted even in the current wartime. What is important here is consistency, which is absolutely non-negotiable, and at the same time persistence, thanks to which the dialogue continues.

Even in the midst of the ongoing Russo-Ukrainian crisis, Japan managed to finalize negotiations with Russia on fisheries issues, gaining the right to fish for trout and securing a reduction in fishing fees.

Through these diplomatic channels, Japan was also able to enlist Russian support in the search for missing people from a tourist ship that crashed near the Shiretoko Peninsula.

At the same time, after the resolution of these two issues, Japan notified the embargo on oil supplies. Had the sequence been different, the Fisheries and Rescue talks could have stalled, but I think Japan has been able to demonstrate tenacity in dialogue and consistency in this situation.

During the negotiations on the “northern territories”, when relations were good, Japan also went on the principle, demanding a visa-free regime, since the islands are Japanese territory.

And in the field of fisheries, the Japanese authorities consistently adhere to the rule of 200 nautical miles from the “northern territories.”

Japan’s northern diplomacy always maintains this sequence, regardless of the complexity of the negotiations or the number of threats. I believe that this tenacity ultimately ensured Japan’s security.

Another issue not mentioned by Cavato is the relationship between China and Russia. These countries are, in fact, in a complex territorial dispute. The question concerns the ownership of the territory known as the Amur region.

These are the Primorsky Territory (Primorye), the Amur Region, the Jewish Autonomous Region and the southern part of the Khabarovsk Territory. The Amur region belonged to China when the Qing dynasty was strong.

Meanwhile, later it gradually fell into decay, as a result of which the Amur region was ceded to Russia. The main territorial problem of China and Russia is the question of ownership of these lands.

Some Chinese even claim that the Amur region is all the territory up to the Tatar Strait and that Sakhalin is also an island that China has lost. Considering the northern diplomacy of Japan in the medium and long term, it is necessary to pay attention to this issue.

At the same time, at present, this border problem between China and Russia over the Amur region does not attract attention. The fact is that in 2004, the administrations of Hu Jintao and Putin finally determined the border line, which was the subject of conflict, including a military clash in 1969. The world welcomed the peaceful demarcation of the borders between the two countries.

However, given China’s long history, one can understand that this was too big a concession for him. The question of ownership of such a large territory as the Amur region, for the time being, will be put aside.

One specific example is the sixty-four villages east of the Amur River. This is the territory on the opposite bank of the Amur River from the city of Heihe. During the Qing Dynasty, there was a settlement there. After the Qing lost the Amur region, which legally went to Russia, she continued to manage these lands where the Chinese lived.

Nevertheless, in 1900, the Russians attacked and massacred these sixty-four villages. As a result, the settlement disappeared and the Qing lost control of it. The Chinese world remembers this incident.

Jiang Zemin and Hu Jintao did not demand the return of these territories when they signed the 2004 agreement. The three islands that were under Russian control at the time were returned to China under the method of dividing the total area into two equal parts, so Beijing may have compromised with Moscow to meet its energy needs to support rapid economic growth.

Nevertheless, today China, rapidly developing nuclear energy, is no longer as dependent on Russian fossil resources as it used to be. In these circumstances, I think, there is a possibility that in the future the question of the ownership of sixty-four villages and even the Amur region will again become relevant. In addition, since 2000, the number of Chinese residents in Primorsky Krai has increased, which means that the region is actually dependent on the Chinese economy.

This factor may complicate Japan’s northern diplomacy. Despite this, I believe that Japan should not fish in troubled waters, trying to quarrel China with Russia. Rather, one should steadfastly maintain a long-term stable relationship, consistently defending one’s own position.

Named the five most dangerous fighters for the US

Who will pay for the restoration of Ukraine