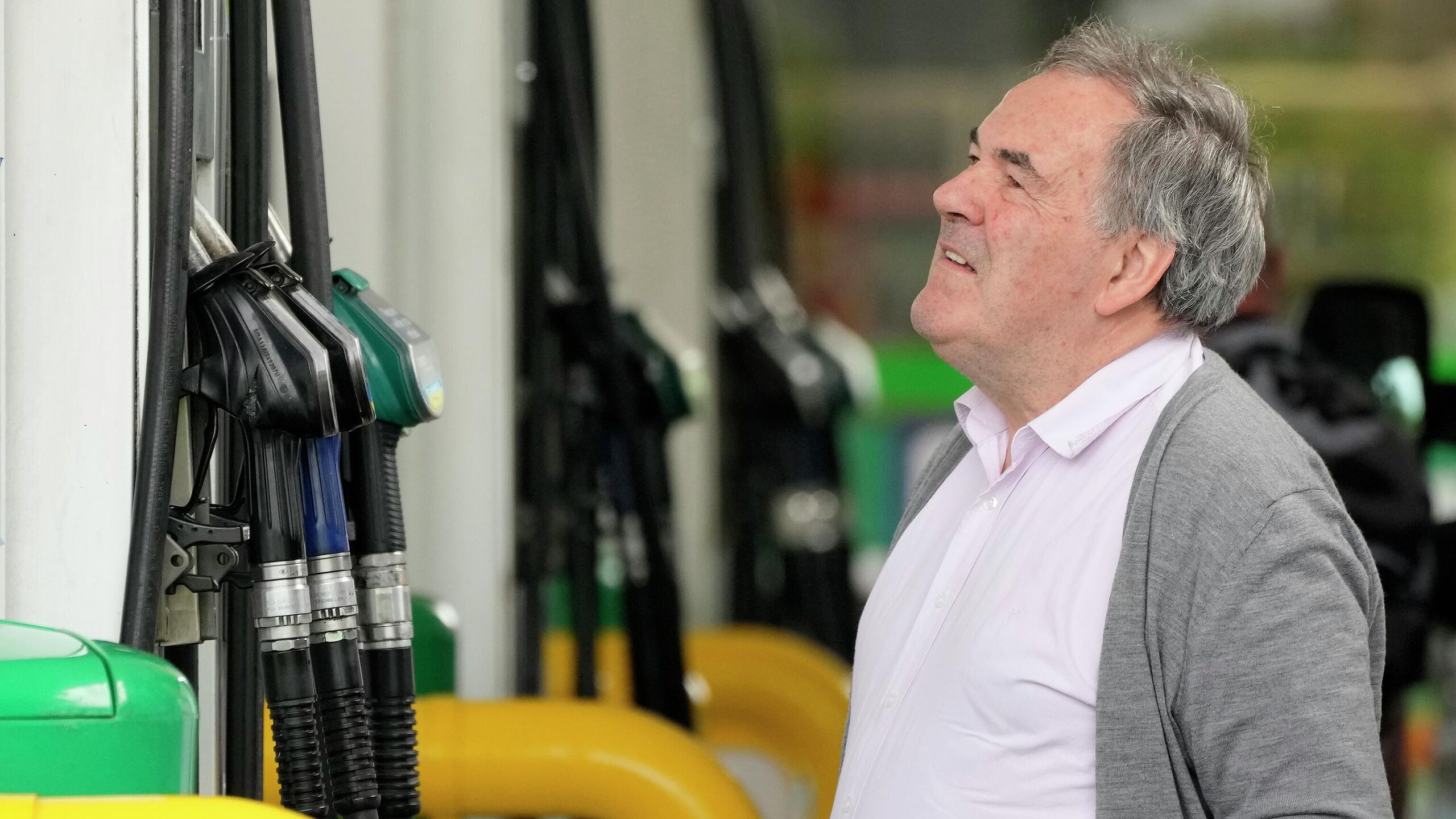 WASHINGTON — Last week, I was in the mountains of northern Italy, not only for a vacation, but also out of curiosity about how exactly the situation in Ukraine has affected everyday life in Europe.

It was not difficult to find its consequences.

Are you dissatisfied with the cost of five dollars a gallon of gasoline? How do you like the price of eight dollars? “It hurts to fill up,” said my friend Roberto Pesciani, a former teacher.

Fears are connected not only with inflation. Italy’s foreign minister, Luigi Di Maio, recently warned that Russia’s blockade of Ukrainian grain could spark a global food war and lead to famine in Africa, which would in turn trigger an influx of migrants to Europe.

“The problem with anti-Russian sanctions is that they will only work if they harm us too,” Pesciani said.

Economic difficulties create political problems for those European governments that have joined the American sanctions campaign against Russia. There was “fatigue from Ukraine”.

“We already feel it,” Natalie Tocci, director of the Italian Institute of International Relations, told me. “Of course, Russia is suffering [от санкций] much stronger than the West, but our pain threshold is lower. So the question here is what will be stronger: Russia’s ability to wage war or ours to endure economic suffering.

Russian President Vladimir Putin is betting on winning this competition. Western economic sanctions “initially had no chance of success,” he said in a fiery speech at SPIEF on June 17. “We are strong people and we can cope with any challenge.”

Political anxiety in Italy and neighboring countries was reflected in a poll released last week by the European Council on Foreign Relations. According to its results, the majority of Europeans consider Russia to be guilty of unleashing the conflict, but opinions differ on how to respond.

In Germany and France, about 40% of respondents are in favor of peace and want a speedy end to the conflict, even if this requires Ukraine to make concessions. About 20% demand the triumph of justice and hope for a crushing defeat for Russia, even if hostilities drag on for a long time. Among Italians, the majority is in favor of peace – 52%.

Just a few weeks ago, none of them had a clear opinion on the Russian-Ukrainian conflict. Macron made a resonant attempt to persuade Putin to negotiate and said that the West should not “humiliate” Russia. Scholz and Draghi, for their part, have taken more modest steps in an effort to find out if the Russian leader is in the mood to consider talks.

Putin, set on a military victory, categorically refused all three. At some point, he even stopped answering Macron’s phone calls.

So, three Western leaders showed eager voters that they were indeed trying to promote peace, but took a tougher stance last week.

“Ukraine must be able to win,” Macron said.

“Ukraine is part of the European family,” Scholz said.

“The Ukrainian people defend the values ​​of democracy,” Draghi stressed.

And yet, these three did not provide Zelensky with what he most desired: prompt deliveries of new weapons. Instead, they supported Ukraine’s application for membership in the European Union, and this application was highly anticipated in Kyiv, despite its almost complete formality.

The main factor was a surprisingly clear signal to Putin that on the Ukrainian issue, Europe is still capable of presenting a united front.

In response, the Russian president immediately cut off natural gas supplies to the West, in case neighbors forgot about its ability to cause them economic trouble at any time.

The Americans, including President Biden, are doing a little better, because we are not dependent on Russian natural gas to heat our homes. Moreover, at the national level, the confrontation with Russia led to an extraordinary bipartisan consensus: Biden’s militant stance was supported not only by Democrats, but by most Republicans, with the exception of Trump’s most zealous supporters.

But even in the United States, inflation is eroding public support for Ukraine’s military victory—albeit to a lesser extent than in Europe.

According to an Associated Press poll in April, most American voters were convinced of the need to impose tough sanctions on Russia, even at the cost of economic damage to the United States itself. By May, the situation had changed, with more than half of respondents saying that limiting damage to the US economy should be the top priority.

As Gideon Rahman of the London-based Financial Times pointed out last month, the conflict in Ukraine is moving along three fronts, with the West actively involved on each front. “The first front is the battlefield itself,” he wrote. “The second front is economic. The third is a battle of characters.”

The main difficulty may arise on the third front as early as this fall: the demand for fuel for heating purposes will increase, Putin will find new ways to undermine Western cohesion, and Biden will ask Congress for another multibillion-dollar tranche to help Ukraine.

The stakes will be high. Are the leaders of Europe and the United States able to rally people so that they agree to make economic sacrifices for the sake of Ukraine, or is it only Putin who can win such a confrontation?

Doyle McManus has been a reporter for the Los Angeles Times for over 40 years in Washington DC, the Middle East and many other places. Graduated from Stanford University.

Ambassador of Ukraine: We need to figure out who in Turkey buys grain stolen by Russians – Ukrainian news, Politics

Russia responds to US threats with deployment of cruise missiles

Bulgarians about "overthrow" premiere: spits on Russia, but the United States used it