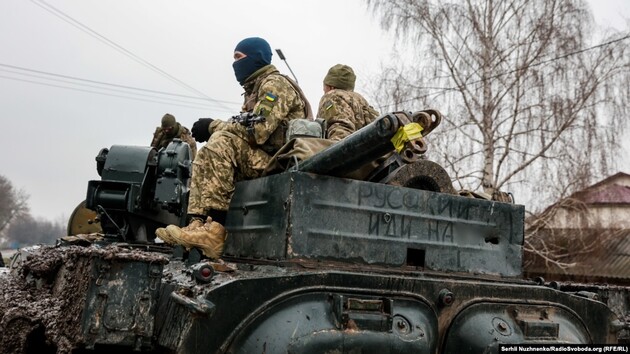 Russian army slowly moving towards the Donetsk direction due to the reinforcement and concentration in one operational zone of a significant amount of force and equipment. Over the past few days, they have managed to advance more than 5 km to the southern outskirts of Lisichansk, informs British Ministry of Defense.

“Since June 19, Russian troops have most likely advanced more than 5 km to the southern outskirts of the city of Lisichansk. Part of the Ukrainian units withdrew, probably in order not to be surrounded‘, according to British intelligence.

Find out more about the UK government’s response: https://t.co/IMlKAZ5Kay

However, for the previous day the invaders were able to capture the settlements of Loskutovka and Ray-Aleksandrovkaand continue to storm Sirotino.

However, the APU respond to the enemy properly. Ukrainian percussion aviation destroyed a company-tactical group and a fortified area of ​​Russian forces. At present, the Defense Forces destroyed almost 35,000 Russian servicemen.

In the Kherson region, the invaders are trying to get a job with the locals to pick strawberries – OK “South” – news from Ukraine, Politics

War in Ukraine – when the US can strike at Russia

Putin spoke about the decline in Russian industry and unemployment

the GUR has contact with the captured Azov people