Steven McCraw, director of the Texas Department of Public Safety, said police made a “bad decision” in deciding not to quickly enter the Uvalde school, the scene of a shooting on Tuesday that claimed the lives of 21 people, including 19 children.

A conclusion without appeal. Texas Department of Public Safety Director Steven McCraw was highly critical of the first police officers to arrive outside the school.Uvaldewhere Salvador Ramos killed 21 people on Tuesday.

“Looking back now, of course it was not the right decision. It was the wrong decision, period,” he said at a press conference, when asked about the much-criticized delay in the intervention of the police. 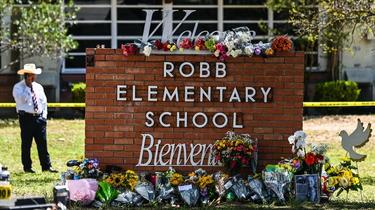 Nineteen officers at the scene waited for a Border Police intervention unit, about an hour after the shooter, Salvador Ramos, broke into the building on Tuesday.

Aerosmith: the singer in rehab, the tour canceled

Shooting in Texas: “It’s your fault!”, the governor of Texas accused by his Democratic rival

Paris-Deauville: the toll gates of the A13 removed by 2024

Nîmes: a car mows down two pedestrians and kills one