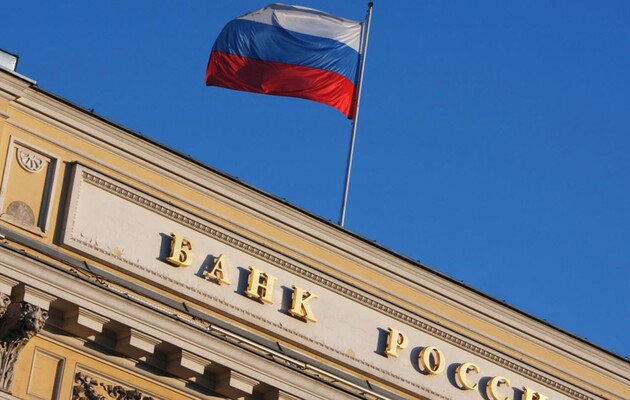 The Russian ruble almost daily sets records for its strengthening. Yesterday was the lowest since 2015. Russian experts believe that this is due to the fact that exporters hand over dollars before tax payments. Plus, supposedly the population does not need currency.

However, our experts are confident that the Central Bank of the Russian Federation is doing everything possible to eventually collect more currency for itself. The population is cynically told that “you don’t need a toxic currency.”

What is really going on?

As writes Bloomberg, the strengthening of the ruble and the measures taken by the Bank of Russia helped the Russian Federation to avoid a currency crisis, but this “became a problem for the Central Bank.” The agency calls the situation “curse of revenue”as government revenues shrink and import prices rise.

We explain. The Russian Federation continues to export mainly oil and gas, the prices for which are now very high (for example, oil is almost three times more expensive than the benchmark in the country’s budget). At the same time, until June 10, there was a requirement for exporters to sell 50% of their foreign exchange earnings, and other foreign exchange restrictions still apply. As a result, The Central Bank has accumulated enough currency to strengthen the ruble.

With a “strong ruble”, exporters sell the dollar at a “bad” exchange rate for themselves, but they still need the currency to replenish the import component of any production. Exporters of the oil and gas industry still win, but others, whose product prices have not risen as much as oil, lose a lot because of this exchange rate. Almost certainly, they will begin to reduce their exports and wait for better times.

We explain. All central banks of the developed countries of the world are focused on reducing inflation in their country (so that prices do not grow at a galloping pace, and people are happy). This is cleverly called “inflation targeting”. The key rate that the Central Bank raises and lowers is a tool that regulates price growth.

But at the same time The central bank must choose between exchange rates and inflation.

If the Central Bank chooses to target inflation, it does not actually monitor the exchange rate. If it regulates the exchange rate, it lets go of inflation control. When Nabiullina chose to control the exchange rate in February (in order to “save face” before the West, restrictions were introduced on the sale of foreign exchange earnings by exporters, etc.), she lost control of inflation. Inflation, in response, soared by 19%. After that, the Central Bank did not raise (as an inflation targeter would have done), but rather lowered the key rate to 9.5%, finally letting inflation go free. Talk of further rate cuts continues, which will make money (rubles) even cheaper and prices even higher, especially for imports.

Eventually due to inflation, the ruble will still devalue (lose in value to other currencies) due to inflationary pressures. The only question is how much and when? But this will adjust the market.

A little more interesting about the “toxic currency” for the population

Now there is a lot of information that the currency has become “toxic” for Russians. They talk about it in the Central Bank and Ministry of Finance. The Central Bank also says that the “valuation” of deposits now creates additional risks for banks in the Russian Federation. This is stated in report Central Bank “On the development of the banking sector of Russia in May 2022”. In addition, the Ministry of Economics has prepared negative rates bill on foreign currency deposits.

We explain. The population and companies are pushing in various ways to get rid of the currency. But at least the Central Bank needs currency. Why is the Central Bank a “toxic currency”? They will be at her buy critical imports, replenish foreign exchange reserves, some of which are now blocked by the West, and the National Welfare Fund.

“Torment on the Islands”, the fascinating lost paradise of Albert Serra

Scholz explains why he keeps calling Putin on the phone – news from Ukraine, Politics