Sovcomflot was forced to sell about a dozen ships. This is reported by The Wall Street Journal, citing sources familiar with the situation. 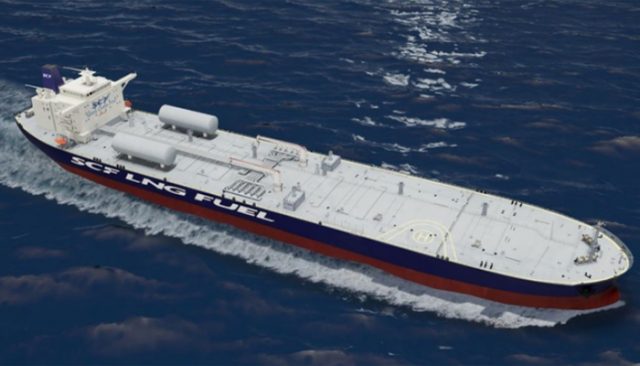 According to the statement newspapers, Sovcomflot found itself in a difficult position, as it had to urgently pay off its debts. Due to restrictive measures, banks insisted on the immediate termination of all business relations.

As a result, Sovcomflot sold nine ships to buyers in the Middle East and Asia. These included five oil tankers and four LNG carriers. In addition, negotiations are ongoing with the Chinese company China Merchants Group on the sale of additional vessels.

At the same time, Sovcomflot clarified: “Age tonnage is offered for sale on the market, as well as ships, the operation of which does not seem appropriate due to the restrictions imposed on the Russian merchant fleet.” True, the EU still cannot decide on sanctions against Russia’s oil tanker fleet.

According to Bloomberg, the EU refused from a ban on the transportation of Russian oil by ships of European countries to third countries. At the same time, the prohibition of insurance of such supplies will be preserved. It is noted that one of the largest shipowners in the world is Greece. And this country was among the EU member states insisting on the exclusion of this provision from the sixth package of sanctions.

Meanwhile, tankers with Russian oil continue to go to the port of the Dutch Rotterdam. According to the Netherlands Broadcasting Corporation (NOS), the port administration has already been notified of the arrival of five tankers carrying Russian oil. In this regard, the Financial Times called Russia “virtually invulnerable” to sanctions.

It is worth noting that these tankers are clearly not the last. Europe is trying to impose an embargo on Russian oil, but this will not happen overnight. Earlier, Assistant to the German Chancellor for Economic Affairs Jörg Kukis said that Berlin is in favor of an embargo on oil from Russia. But it will take “several months” to prepare for a cut in supplies.

The Sovcomflot Group of Companies is one of the world leaders in the sea transportation of energy resources (liquefied gas, oil and derivatives). Its own and chartered fleet, including joint venture vessels, totals 134 vessels. :///