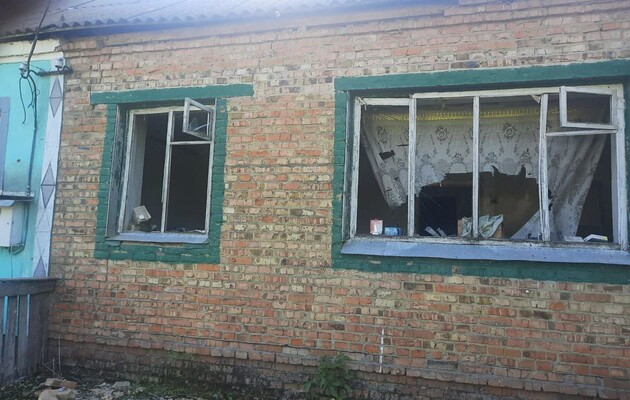 The Russian occupiers used Krasnopolie kamikaze drones, as a result of which four people were injured, two of whom are in serious condition in the hospital. This was announced by the head of the Sumy OVA Dmitry Zhivitsky in Facebook.

According to the official, over the past day, the enemy carried out four attacks on the Krasnopol community, hitting civilian infrastructure and positions of the Armed Forces of Ukraine.

“The enemy continues to attack the Krasnopol community. This afternoon there were 4 attacks from mortars and other types of weapons. A total of 42 arrivals on the territory of the community. The Russians also hit the settlements. Houses, outbuildings, a school and a village council were damaged. A cozy park in one of the settlements of the community was destroyed by enemy shells. Fortunately, miraculously, no one was injured during the shelling. But even today there was an attack from kamikaze drones on the territory of the community. Four people were injured, two of them in serious condition in the hospital.– wrote Zhivitsky.

Read also: The military of the Russian Federation seized the village of Toshkovka in the Lugansk region – Gaidai

Previously it was reported that the occupiers intimidate civilians in the temporarily occupied territories by introducing the death penalty.

“It’s important to be united.” Putin congratulated citizens on the Day of Russia

Hundreds of Taiwanese have changed their name to “Salmon” for free sushi. The authorities think how to help them

Kalush Orchestra will present another cup for the winners of Eurovision-2022 – Ukrainian news, Culture