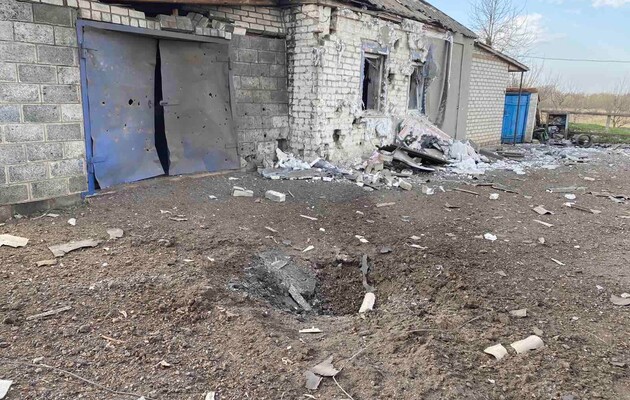 Last night, the Russian occupiers continued to commit terror and shell civilian infrastructure in Kharkiv and Kharkiv region. In particular, seven civilians from the village of Pechenegy in the Chuguevsky district were injured, including two children. About it informed OVA head Oleg Sinegubov.

According to him, in Kharkov yesterday, June 22, at about 23:00, the occupiers fired at the Industrial District. As a result of enemy shelling, a fire broke out in the warehouse. According to preliminary data, no one was hurt.

At night, the invaders again fired at Dergachi, the office building was partially destroyed.

In addition, in the Chuguevsky district, Russian troops fired at the village of Pechenegy at night. A private enterprise was damaged, a fire broke out.

“The shelling continued in the morning. Destroyed private houses. According to preliminary data, 7 civilians were wounded, including 2 children, the information is being updated,” the head of the IVA noted.

According to him, active hostilities continue on the line of collision. In the Kharkiv direction, the invaders are trying to prevent Ukrainian defenders from reaching the rear of the Russian group operating in the Slavic direction. The enemy conducted aerial reconnaissance in the areas of the settlements of Bayrak and Rubizhnoye.

“In the area of ​​Izyum, the enemy is trying to create conditions for the resumption of the offensive in the directions of Izyum-Barvenkovo ​​and Izyum-Slavyansk. Our defenders are ready for any actions of the aggressor, hold their positions, inflict significant losses on the enemy,” Sinegubov added.

Earlier it was reported that the Russian military again shelled the city of Kharkov from artillery. As a result of an enemy attack five people diedand 11 others were injured.

SBU detains “scout” – she passed data on defense facilities to the Russians – news from Ukraine, Politics