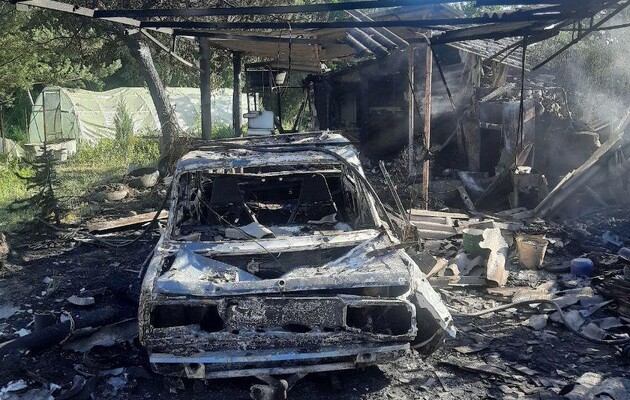 As a result of enemy shelling, civilians were killed and wounded, in particular, children were injured.

As a result of the strike of the invaders on the beach in the city of Chasov Yar, there are dead and wounded, children were injured.

“The police documented every war crime of the Russian Federation. Opened criminal proceedings under Art. 438 (violation of the laws and customs of war) of the Criminal Code of Ukraine.

Read also: NYT: Western artillery will help Ukraine keep the Donetsk region, but the Lugansk region may be lost

the day before Russian invaders shelled the city of Chasov Yar in Bakhmutsky district of Donetsk region.

Six wounded children are the result of yesterday’s shelling of Chasovoy Yar. The Russians attacked the beach on the Golden Rybka Lake within the city. According to preliminary information, cluster shells were used. In total, one person died as a result of the shelling. Another 11 were injured.

“I would burn down your entire office.” How a book about gays in a pioneer camp angered Prilepin, Mikhalkov and Milonov

Liverpool – Real Madrid: where and when to watch the Champions League final, online broadcast – video The Koz Telegram